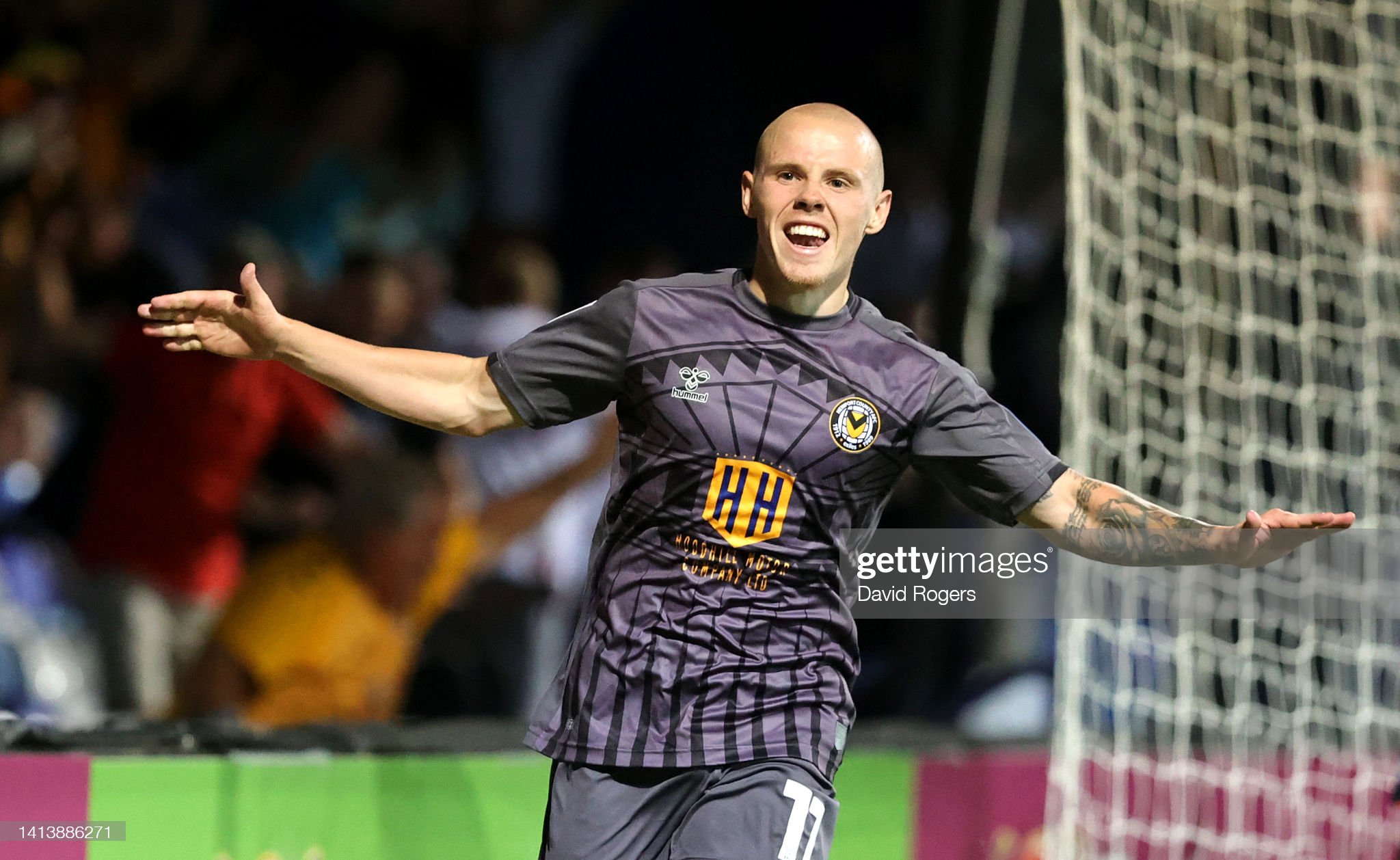 Luton went ahead on 30 minutes courtesy of a stunning 35-yard drive into the top corner by Carlos Mendes Gomes, but were pegged back six minutes later as Lewis Collins equalised.

Newport responded quickly again when Tom Lockyer made it 2-1 to the hosts, as Chanka Zimba levelled the tie up for a second time just time minutes later.

The Exiles booked their place in the next round on 75 minutes when Zimba’s shot was fumbled by Matt Macey and Waite turned home the loose ball.

Serrant said: “We’re so delighted. We made changes and showed the depth of our squad. Players have come in and done magnificently well and scored some great goals.

Goals from Lewis Collins, Chanka Zimba and James Waite get us a 3-2 win at Championship side Luton and we progress to round two of the EFL Cup!#NCAFC pic.twitter.com/ThJiZCi7ZP

“We showed our quality throughout the game. First half we had a little bit of difficulty getting to grips with playing against a team who were in the Championship play-offs last season.

“We’re so proud of our players.”

While Newport moved into the draw for the second round, both Cardiff City and Swansea City fell at the first hurdle.

Cardiff were thumped 3-0 at home by League One Portsmouth to leave manager Steve Morison admitting his fringe players had failed to make any cases for their selection for Championship appearances.

“You’ve been given an opportunity to try and get yourself selected for Saturday [against Birmingham in the Championship] and no-one chose to do it,” said Morrison.

“It’s tough to take a positive out of tonight. We were good for parts but not good enough, and lacked that intensity. Against Norwich, we got the lead and had something to hold onto, but we didn’t do that tonight and it’s disappointing.”

After a goalless first half, Joe Pigott, Ronan Curtis from the penalty spot and substitute Colby Bishop scored to send the League One side through.

To add insult to injury, Cardiff debutant Daley Campbell was sent off in the last minute for a challenge on Joe Rafferty.

Swansea City squandered a 2-0 lead to draw 2-2 at League One Oxford United, before losing 5-3 on penalties.

Jay Fulton fired the Swans ahead in the eighth minute, curling a 20-yard free-kick around the wall before Liam Cullen doubled the lead on 25 minutes.

Oxford pulled one back with 18 minutes to go when Alex Gorrin charged down goalkeeper Steven Benda’s over-casual clearance, the ball ricocheting into the goal, with Cameron Brannagan’s free-kick completing the turnaround.

Swansea head coach Russell Martin admitted: “How it descended into that, I don’t know. What they’ve done is left us open to criticism on mentality.

“What I would point out is the changes, we had such a young team on the pitch at the end, but even then the experienced lads need to help them get through it, and we just didn’t.

“I’m really angry, I’m really frustrated and disappointed because for 65 minutes the fans were enjoying it, we pressed the life out of them, we should have been out of sight.

“It is unacceptable for it to end up like that and I am so frustrated for the supporters, who were brilliant.

“I am furious, to be honest, and the players should feel really hurt and angry because they have let down the supporters that travelled and they have let each other down and we are angry about it.”