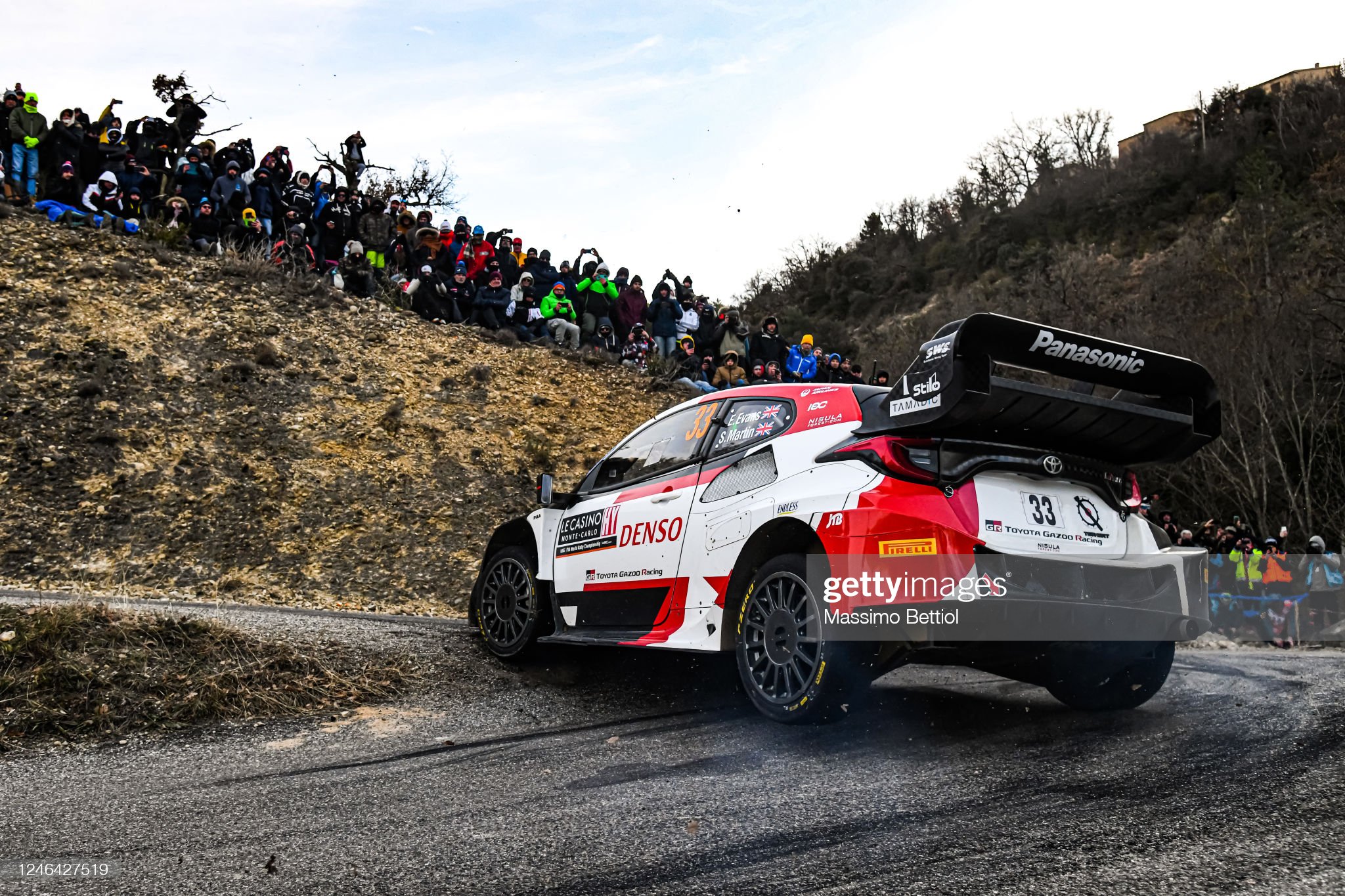 Elfyn Evans has admitted he was frustrated but not down-hearted after his fourth place finish at the season-opening Monte Carlo Rally.

The opening round of the World Rally Championship was won by Evans’ Toyota teammate Sebastien Ogier, with a third member of Toyota Gazoo Racing – world champion Kalle Rovanpera – finishing runner-up.

Welsh driver Evans had been in second place on Friday but lost more than 40 seconds after a puncture on the fifth stage.

“Overall, the weekend has been a positive one for us,” said Evans.

“It’s been a pretty good one in terms of pace and we probably had the potential to achieve a bit more.

“Some frustration on Friday put us out of contention for the podium but that’s rallying and the way it goes sometimes.

“After that, fourth was probably the best we could have done and the gap to third was just a bit too big.

“Still it’s solid points to start the season and a decent performance. The car was working really well; the team have been working hard and it shows in the overall result here.”

Mostly dry weather made this year’s rally more a test of outright performance than usual, and Ogier set the pace from the start with five straight stage wins as he opened up a lead of half a minute by Friday lunchtime.

The GR YARIS Rally1 HYBRID was fastest in the first 11 stages of the season, its streak only ended on Saturday afternoon – by which point Ogier was focused on managing his lead.

He carried an advantage of 16 seconds over Rovanperä into the final day, when he proceeded to claim his eighth and ninth stage wins of the weekend and finished up with a winning margin of 18.8s.

Ogier’s 56th WRC win is also the first for his co-driver Vincent Landais, in only the second event since he began working with the up-and-coming French navigator at the end of last season.

It is also Toyota’s fifth Monte win with a fifth different model of car: the GR YARIS Rally1 HYBRID winning all but two of the 18 stages across the weekend.

Overall an enjoyable and positive weekend. Yes I’m disappointed the puncture put us out of contention but the car felt good, the speed was pretty much there and we picked up some good points to start the season. Thanks @TGR_WRC for the hard work 🙏 #EE33 pic.twitter.com/Xk1WxIJf17

With Ogier once more only contesting selected events this season, second place plus victory in the rally-ending Power Stage represents an ideal start to Rovanperä and co-driver Jonne Halttunen’s defence of their first championship titles.

Rovanperä grew in confidence and speed during the rally, taking six stage wins in total on his way to a first Rallye Monte-Carlo podium.

Evans displayed similarly strong pace to his team-mates throughout the weekend and was second to Ogier before losing around 40s with a damaged tyre in SS5 on Friday morning.

He and co-driver Scott Martin fought back to finish fourth, 27.8s from the podium despite a brief spin on Sunday morning.

He was also third in the Power Stage to claim three additional bonus points.