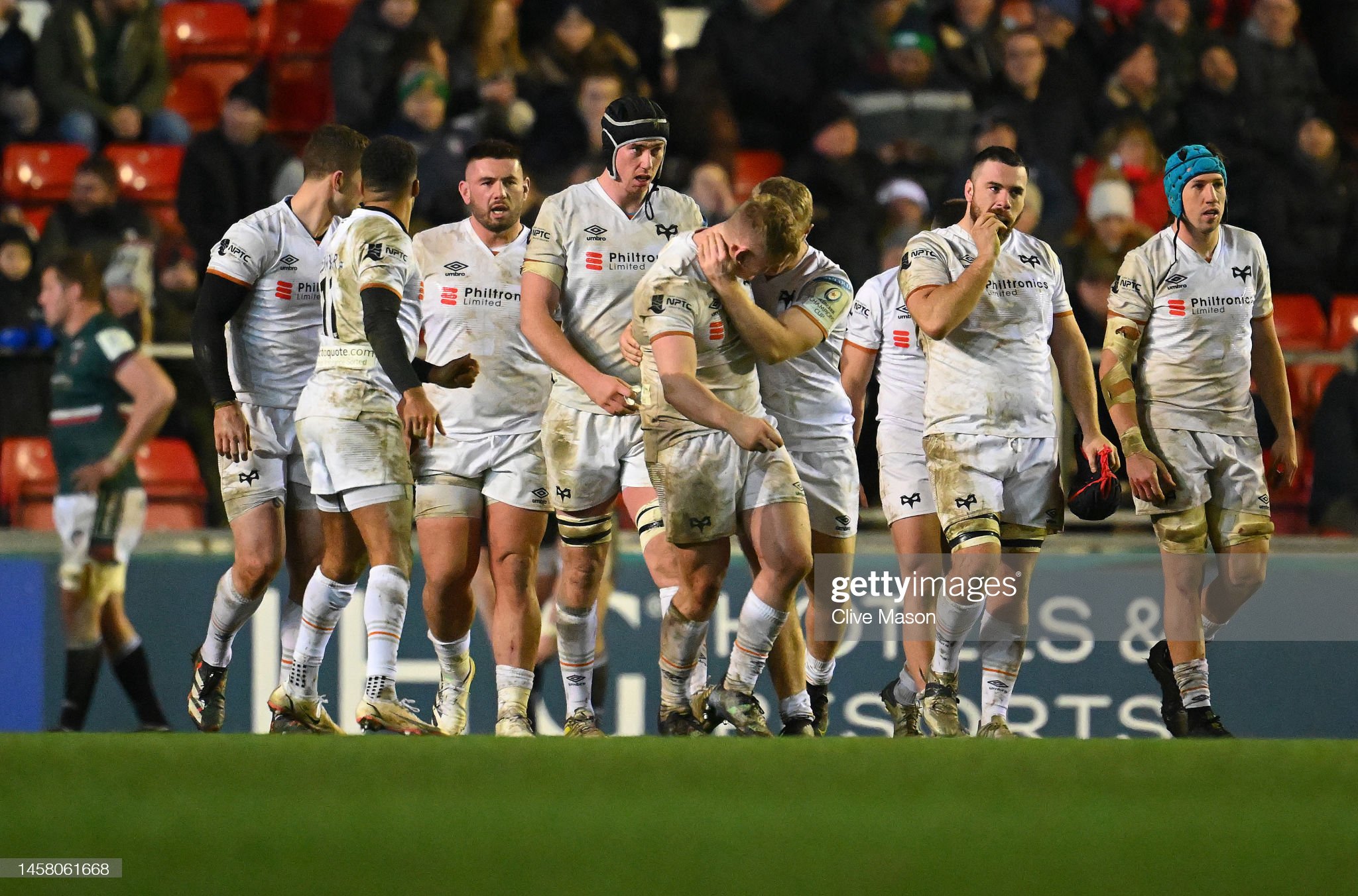 The Ospreys will have to hit the road again after being drawn away to Saracens in their Heineken Champions Cup last-16 tie.

A late try from flanker Ben Earl secured Saracens a losing bonus point at the DAM Health Stadium as they were beaten 20-14 by Edinburgh.

That pushed them ahead of Edinburgh into fourth place in Pool A on tries scored, handing them a home game with Ospreys.

The Ospreys clinched their knockout spot – for the first time in 13 years – thanks to a dramatic 27-26 against Leicester Tigers at Welford Road last Friday night.

At one stage it looked as if it might be enough to hand them a home draw in the last 16, but other results did not go in their favour and they must now travel to Sarries.

Scarlets ensured a home last 16 tie in the second-tier Challenge Cup as they won at Bayonne on Saturday to earn a home tie against Brive.

Ospreys Have Gone Back To Basics And Rebuilt Something Special That Can Challenge In Europe, Says Toby Booth

Cardiff will host Sale Sharks, whilst the Dragons will travel to Glasgow Warriors.

The Dragons lost 30-25 at home to the Lions in their final group stage match after the South African side had raced into a 30-5 lead.

“We can’t keep giving ourselves 20 points to chase down. As good as the effort was at the end, and the character was unbelievable, we need to get better,” said head coach Dai Flanagan.

“Physically and emotionally, we were nowhere near ready and we lost yards in both attack and defence.

“The loss of Ross Moriarty [to concussion after four minutes] probably affected that, because whenever we need to go forward and to have momentum swings we look to him.

“But we had internationals spread all over the field and some of the best pros in Wales, the ability to pull it back was great but we’ve got to be better at not letting it get away from us.

“It’s frustrating because we are doing so much well but we have to be better and we have to learn to win.

“The style of play is good to watch, moving the ball and with an accurate kicking game – we are seeing space and hitting space – but the toughest thing is learning to win.

“The more experience a group becomes, the better they are at controlling momentum. We are an inexperienced group, not age-wise but game-wise, and we need to be better at that.”

One major plus for the Dragons was the return of Wales tight-head Leon Brown after nine months on the sidelines with a neck injury.