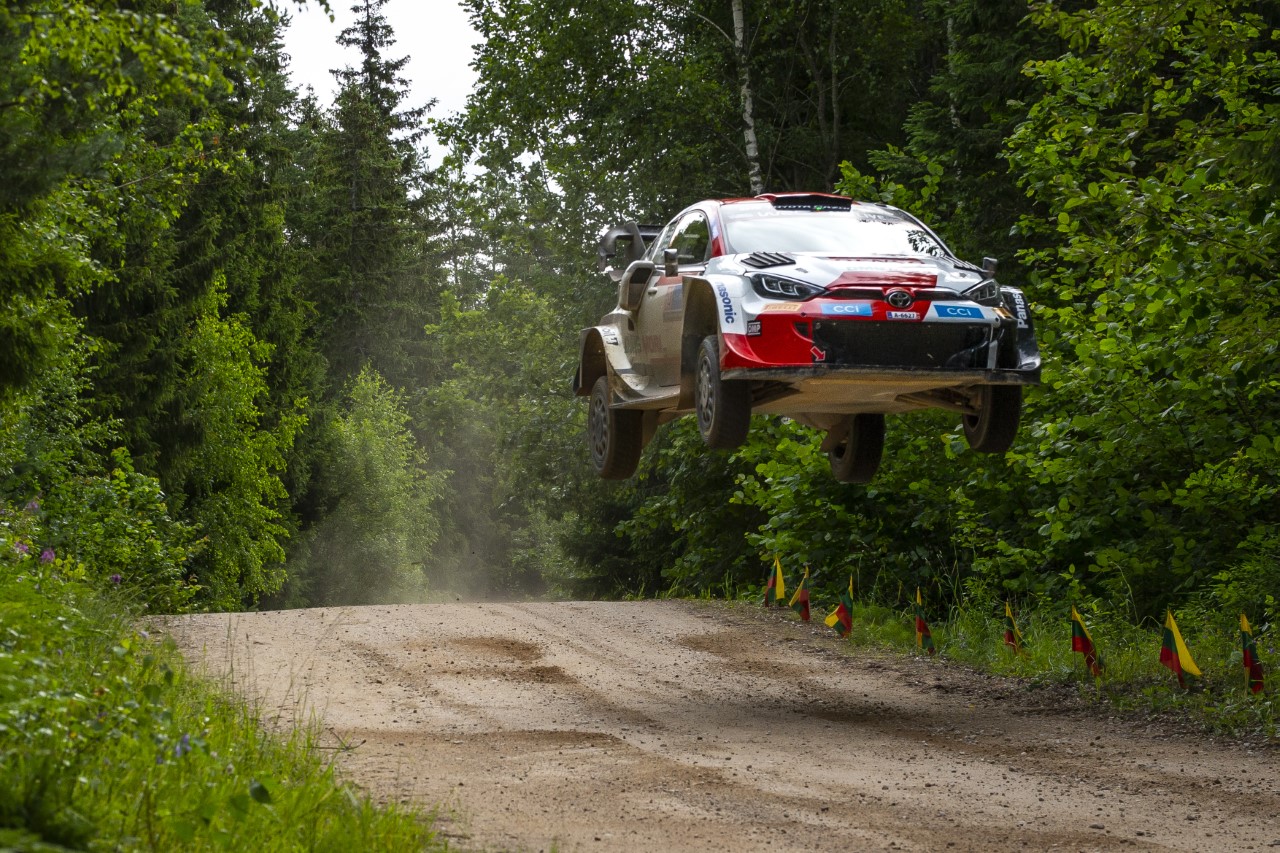 Elfyn Evans led Rally Estonia but had to settle for second.

Elfyn Evans was on scintillating form on Rally Estonia, yet having been uncatchable in the early stages of the event the Dolgellau ace had to settle for second – a result which moves him up to third in the FIA World Rally Championship drivers’ standings.

Evans set an electrifying pace by setting the fastest time on all five of Friday’s opening fast gravel stages, establishing a lead of almost 20 seconds.

Unfortunately, his running position which had previously helped turned against him on the day’s final stage when grip levels disappeared in a heavy shower of rain.

He lost 22.6 seconds and the lead, and despite his best efforts the Toyota Yaris Rally1 driver couldn’t regain that lost time.

Instead, team-mate Kalle Rovanperä scored his fifth win in seven rounds, strengthening what is quickly becoming an unassailable lead at the top of the points standings.

For Evans and co-driver Scott Martin, it was their third second place finish of the season.

“It’s a bit of a relief to finish the rally after some really difficult conditions in the last couple of stages,” admitted Evans.

“Today [Sunday] was all about getting through and securing our second place.

“In the Power Stage I didn’t take any risks but it was good to get some points from there as well.

“The biggest positive is another one-two finish for the team which is great.

“From our side it was a step forward especially from where we were last year on this rally.

“Congratulations to Kalle. He was very fast, just as he was last year.

“I take my hat off to him and we’ll try again next time!”