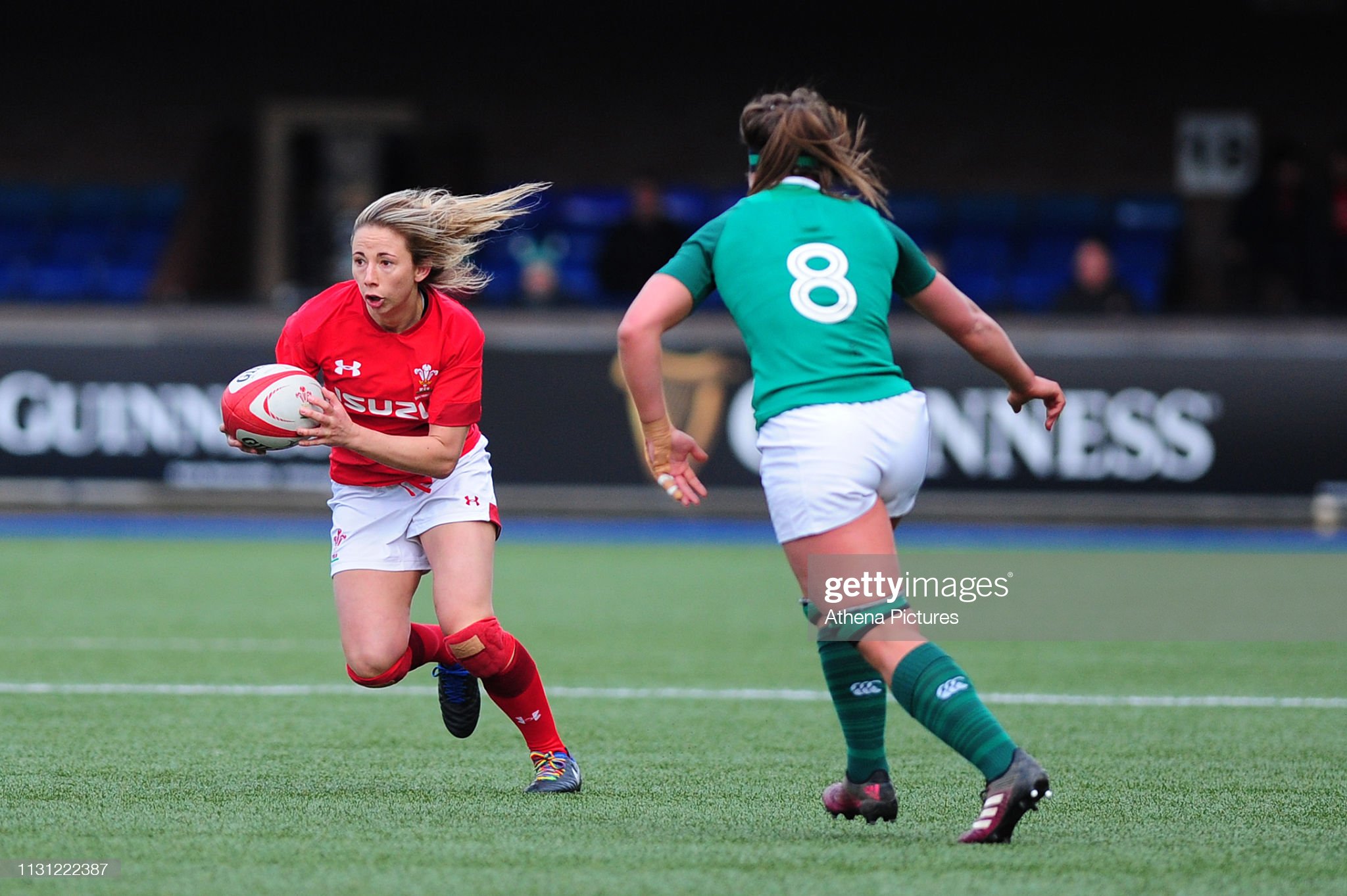 Elinor Snowsill in action against Ireland in 2019. Pic: Getty Images.

Wales Women outside-half Elinor Snowsill is expecting a backlash from Ireland in this Saturday’s TikTok Women’s Six Nations opener but is confident Wales are up to the task.

Ioan Cunningham’s side travel to Dublin to face an Ireland side hurting at missing out on World Cup qualification.

Snowsill expects a tough challenge but is excited on the eve oof the tournament, which is expected to generate more interest than any previously held.

“I remember we had Carol Vorderman giving us our team talk before the game in our shirt presentation. That was a special day. That day we knew what to expect, we knew their threats, and we nullified them.

“We’ve got the opportunity to do the same now. Without a doubt they are going to be strong, and there’s going to be a huge backlash because they are the only team that have failed to qualify for the World Cup.

“They’ll be out to prove that it’s wrong and that they should be the ones there.

“So, I know exactly what sort of mentality they’ll be coming into the game with but we are on the up as well, and we are riding a bit of a wave at the moment.

Elinor Snowsill, who is one of 12 female Welsh rugby players to be given a professional contract, says she believes it will inspire young girls into the sport #HeartNews pic.twitter.com/PQ4gJF3qOi

“I think it’s going to be a really good match and anything could happen on the day.”

Snowsill is one of 12 players to have taken up the first professional Welsh Rugby Union full-time contracts for women, with a further 12 part time contracts.

And the Bristol Bears star admits she still has to pinch herself when reflecting on how far the women’s game has come in Wales.

“I didn’t have any expectations because I didn’t think it would ever happen,” she said. “It’s been amazing.

“For me, it’s the lifestyle change that’s been the big difference. Not having to run around like a headless chicken, and feel really stressed. I’ve noticed a big difference in myself emotionally and physically.

“The coaches have been great and I feel like we are really getting something out of the day time sessions, and more importantly we’ve got energy to put into it. Instead of being a teacher and a coach I’m the one being taught and coached.

“I didn’t think I’d be a teacher at my age but it’s really refreshing, and it’s nice because it takes a bit of pressure off and you can focus on things like your recovery, your analysis, and nutrition.”

Snowsill also hopes this current Wales Women’s side can inspire the next generation of players.

“I think every year it’s growing, and it’s growing more rapidly over the last five years,” she said.

“If you’d have asked me at the start of my career whether I thought I’d ever be a full time professional.

“No, would have been the resounding answer. I think as soon as they had a big push of putting our games on TV that changed the game for everything.

“Newspapers started covering it, journalists started turning up to our games a bit more, and interviewing us. People see you, kids, boys, and girls saying, ‘oh you play for Wales.’

“Sometimes, it’s more the boys than girls so it’s great that we are visible role models for the girls, but also the boys.”