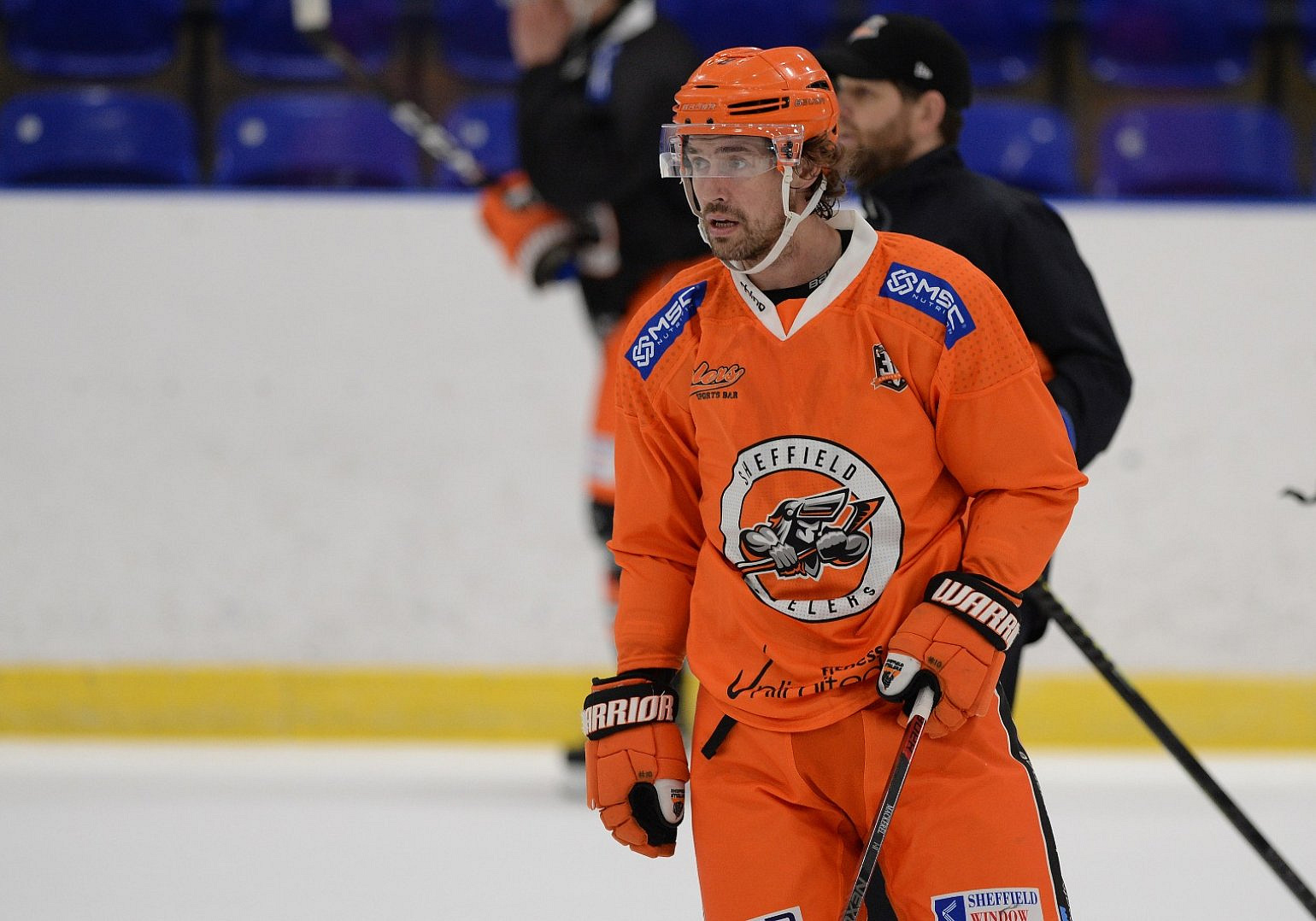 Welshman Matthew Myers is number one for Sheffield Steelers coach Aaron Fox in the build-up to 2021 Elite Series.

Cardiff Devils are not competing in the one-off competition, although they will be back for the 2021-22 Elite League season starting later this year.

Devils’ British players are playing in the four-team, five-week series starting this weekend, although there are no Cardiff import signings involved.

American Fox moved smartly to select Cardiff-born Myers in the pre-season draft and says: “Mattie is a true professional and we drafted him high – first pick overall.

“He’s tried and tested, a winner of the highest order.

“This is all about winning and I will be disappointed if Steelers don’t win this thing. Mattie fits into that mould perfectly, a big, physical player who wins face-offs, competes  for every moment he is out there and never complains about ice time.

“Mattie has slotted into our group perfectly. He sets such an example. When we were preparing to start practise on Thursday at 11.15am I went out and found him working on drills with five younger kids.

“That’s great for the young guys and shows the character our older guys have.

“What Mattie has done for Cardiff Devils over a number of years has not gone unnoticed.”

‘Jonno’ is also from Cardiff and started his career with Devils, while he has played for Steelers over the last 14 seasons.

He is also Sheffield’s captain and Fox says: “The consummate leader. Not overly vocal, although some nights he will be, but he is a quiet leader whose message is see how I do it.

“I never worry about Jonathan having an off night, an off-shift. Yes, everybody makes mistakes, but with with Jonathan they are never effort related.

“He is among the three or four fastest players in Elite League and professional to a T.”

Goaltender Ben Bowns was drafted by Nottingham Panthers, while other Devils’ players who will be competing in the series are Sam Duggan and Toms Rutkis (Coventry Blaze) plus Josh Batch (Manchester Storm).

All four EIHL Series teams can include eight import players, many of them young, up and coming guys, and there are Canadians, Americans, Norwegians, Czechs, Finnish and Hungarian.

Former Cardiff Devils captain Ryan Finnerty is Storm coach and describes the new mini-competition, designed partly to help Great Britain players prepare for the World Championships which start in May.

“This is a unique experience because we are dealing with players who have competed in 60 games and some who haven’t been on the ice for 60 minutes,” said Finnerty, who includes three Norwegians on his roster.

“But the guys are excited. Then buzz of being back for hockey has taken over.

“The Norwegian kids coming in will move the puck quickly, play heavy and shoot hard. We’ll see how they adapt to a more North American style.”

Tim Wallace is in charge of the Nottingham team, while Danny Stewart is Coventry coach.

GB play their World Championship matches at the Olympic Sports Centre in Latvia. The 16-team top flight tournament, split into two groups, starts on May 21 and runs through to June 6,

There will be no relegation as no tournaments apart from the top flight are taking place this season because of the coronavirus pandemic.

Group B consists of hosts Latvia, as well as Canada, Finland, Germany, Italy, Kazakhstan, Norway and USA with matches played at Arena Riga.