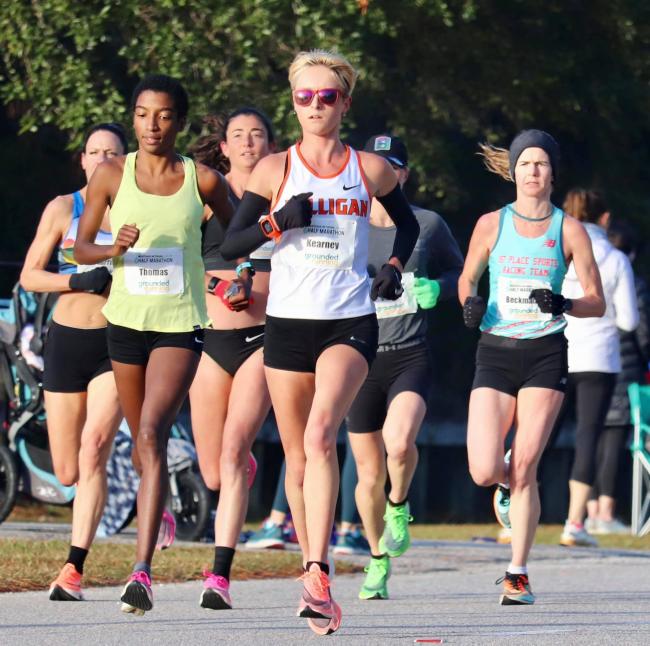 On Sunday, Kearney ran a hugely impressive 2:34.28 on her first venture over 26.2 miles, finishing 13th at the Chevron Houston Marathon.

The time was well within the Welsh team’s nomination standard of 2:35.30 for this summer’s Commonwealth Games in Birmingham.

Kearney’s performances earned her a host of awards across the pond last year including The US Track and Field and Cross Country Association (USTFCCCA) NAIA Women’s Track Athlete of the Year, NAIA Most Outstanding Championship Performer and American Athletics Conference Runner of the Year honours.

Sunday’s time in Houston puts Kearney seventh on the Welsh women’s marathon list where she sits behind Welsh record holder Natasha Cockram, Clara Davies and Rosie Edwards, who have all also achieved the Welsh nomination standard in the past year.