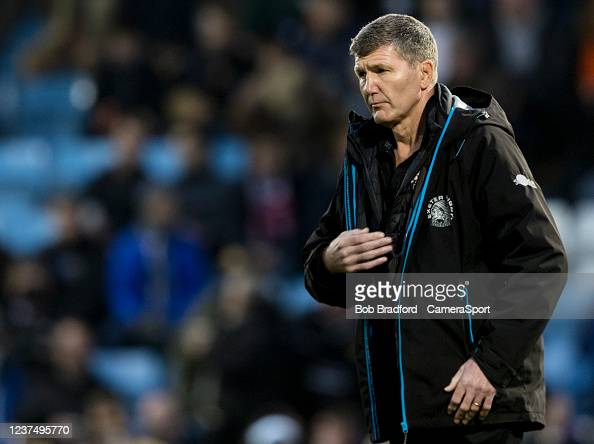 Wales should move their Six Nations matches to England, rather than play in front of empty stadia.

That’s the view of Exeter Chiefs director of rugby Rob Baxter, who has backed the views of Welsh players Josh Adams and Louis Rees-Zammit who are both in favour of going over the Severn Bridge.

Wales wings Adamd and Rees-Zammit have both tweeted their support for the idea in preference to playing in Cardiff in front of empty stands, as Wales did last year, and Baxter agrees.

The tournament is due to kick off in Dublin and Edinburgh on February 5 but currently finds itself shrouded in uncertainty.

Under current Welsh Government restrictions imposed due to the coronavirus pandemic and its omicron variant, Wales would have to play scheduled home games against Scotland, France and Italy behind closed doors.

The Welsh Government is currently not in a position to rule out restrictions preventing crowds from watching elite sport in Wales continuing and therefore impacting those forthcoming Six Nations matches.

Last month Economy Minister Vaughan Gething told Sky Sports News he understood the concerns of professional football and rugby clubs in Wales who would have to play behind closed doors. It was his hope that restrictions could be lifted to allow crowds back “as soon as possible.”

The Welsh Rugby Union (WRU) continues to sell tickets for Wales’ Six Nations fixture against Scotland in Cardiff on February 12 despite not knowing whether Government rules will have changed to allow the return of crowds.

If current restrictions remain in place in five weeks’ time, the WRU will not be permitted to allow any more than 50 spectators into its 74,500 capacity Principality Stadium.

In Scotland, the current restrictions are in place until January 17 and they limit attendances to just 500 fans.

On Wednesday, First Minister Nicola Sturgeon gave a potentially positive update for the Six Nations and shared that conversations are taking place with the Scottish Rugby Union regarding their home fixtures at Murrayfield.

“I hope very much we won’t have to go beyond January 17, with these restrictions,” Sturgeon said.

“All of us, including myself, want to be able to cheer Scotland on at Murrayfield in the Six Nations. But I don’t do anybody any good if I try to give certainty ahead of our ability to do that. We will continue to use the data and the evidence and reach the judgments to get that clarity as soon as possible.

“We have right throughout had very good discussions with the SRU [Scottish Rugby Union] about matches at Murrayfield. They have been very constructive at working with us to enable games to go ahead.

“I know how important clarity is for those who cater for big sporting events and not least matches at Murrayfield, so that’s very much in our minds as we take decisions.”

The current rules in Ireland state a maximum of 5,000 supporters may attend outdoor sporting events, with Andy Farrell’s side due to host Wales, Italy and Scotland in 2022.

Against such a backdrop, playing the whole competition – it takes place across five weekends between early February and mid-March – in one country with permitted crowds has also been mooted in some quarters.

Financial implications of behind-closed-doors home games for any of the unions would be significant.

“The whole beauty of the Six Nations has been that change of environment, that change of weather conditions, going to play in Scotland, Wales, Ireland – those are the great challenges,” said Exeter’s Baxter.

“That’s what makes the Six Nations such a great competition to win.

“You’ve seen French teams in that one week they can beat anyone in the world in Paris, and then the next week it doesn’t go quite so well in Cardiff.

“That’s the beauty of the tournament, that’s what from a rugby perspective I am sure we would all want to see happen.

“That said, we can’t all sit here and pretend the world is in an ideal place at the moment.

“For the national bodies, their responsibility goes beyond the professional sport, it goes right down to grassroots rugby, so if playing the tournament provides a level of income that cancelling it or no crowds doesn’t create, then we’ve got to look at the next best scenario.

“If the next best scenario is playing it in one country, where you can have sell-out crowds, you can raise some revenue and you can keep that income stream going for all the bodies, then it’s got to be better than cancelling it.

“I think with every sporting body, it’s revenue that is the biggest thing that has been damaged, so anything that can keep revenue online has got to be preferable to just binning things for a season.

“We’ve all had to try and find a way to keep going, to try and keep revenue coming in. It’s the same with any business, you’ve got to explore those options.”