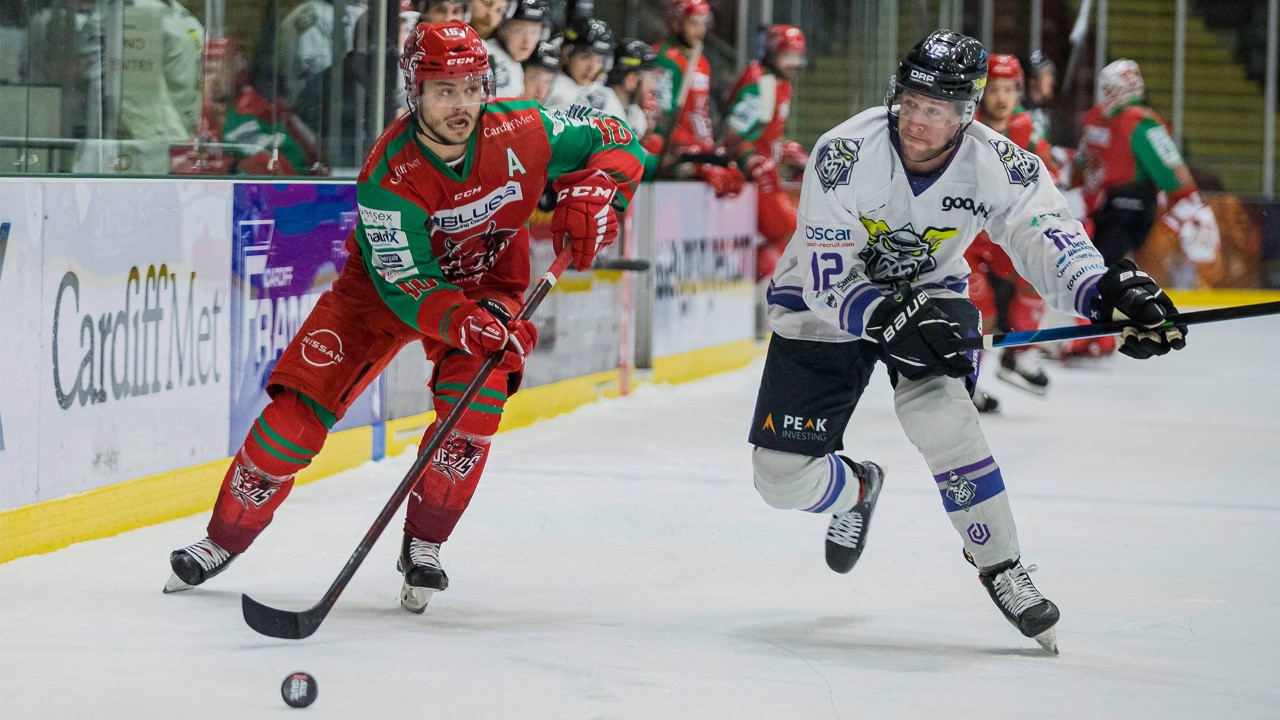 The good times continue to roll for the Cardiff Devils – despite the absence of fans – as a 5-3 win over the Manchester Storm last night saw them notch a fifth-straight victory and move level on points with Elite League leaders Sheffield Steelers.

The Devils are 16-7-1 this season with 33 points from 24 games although title rivals Sheffield have the advantage having played four games less.

A classy short-handed goal from Sam Duggan in the second period put the Devils in front after they were forced to come from behind for the third time in their run of recent wins.

With the Devils killing a Storm penalty, Duggan did well to turn the puck over on the Storm blueline, skated down the ice and faked Matt Ginn before beating him with a backhanded top-shelf finish for his fifth tally of the season.

Curtis Hamilton put Manchester ahead with just over seven minutes played before Jared Vanwormer’s rebounded shot found its way to Hamilton to convert and put the visitors into a 2-0 lead.

“Duggan’s goal was a big moment in the game for us, I give a lot of credit to our PK,” said Jarrod Skalde. “I didn’t like our start, going down 2-0 again, it’s something we’ve been focusing on and talking about and for whatever reason, we’re dipping our toe in the water but not jumping in feet first.

“We’ve had our ups and downs but we’re on a bit of a roll here right now. We just want to keep pace and look forward to the head-to-head challenges against Belfast and Sheffield and the rest of the league.”

Reid saw his shot blocked by Ben Wilson but the Devils forward reacted quickly and slapped the loose puck home to bring the hosts back to within one with a league leading 21st goal of the season.

Then, off the resulting face-off, Jake Coughler and Trevor Cox combined to nudge the puck into the path of Sanford who skated down the middle of the ice between the Storm defencemen and slotted past Ginn to tie the score just seven seconds later.

Cox has been a key contributor on the Devil’s second-line during the team’s recent up-turn in form. The winger extended his tally to 10 points (three goals, seven assists) over that stretch after his second assist of the night allowed Josh Lammon to score and put the hosts 4-2 ahead.

Manchester reduced the Devil’s lead by adding a third goal midway through the final period when Scott Simmonds’ speculative effort from behind the goal deflected over the line off Mac Carruth to set up a tense finish.

Carruth, who was unable to complete the game after sustaining an ‘lower body’ injury was replaced in net by Taran Kozun, who made two pulled off two excellent stops on the penalty kill to stop the Storm equalising.

And just as the Devils returned to full strength, Coughler sealed the win with an empty-net goal at 59:00 to make it 5-3. The newly acquired centreman has registered a multi-point night for consecutive games and has three goals and an assist from his first three games in a Devils jersey.

The two teams meet again on Saturday, this time in Manchester.