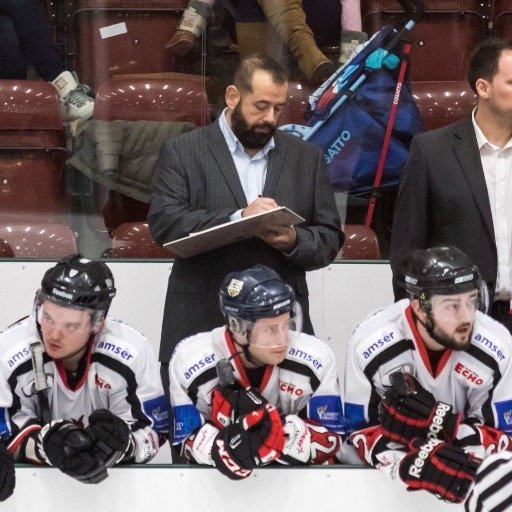 Vilius Krakauskas, a 23-year-old Lithuanian forward, crushed the hopes of Cardiff Fire during a National League South match in Essex.

Krakauskas, who has returned to playing ice hockey after three-years away from the sport, scored four goals with two assists in a 9-6 Romford Raiders victory.

He skated with Raiders each summer and says: “There is a new rink and the ice hockey level is very good too.

Vilius was born in Kreitinga, Lithuania, while he has played in his home country and for Metalurg Liepaja-2 and Baltija Klaipeda in Latvia.

He then played in Sweden at under-18 level with Nynäshamns IF, while he was selected for Lithuania’s under-18 and under-20 teams.

Now Vilius, whose younger brother Emilijus plays in Switzerland, is playing a major role for Raiders.

Fire made Raiders work for their victory and clawed their way back from 6-1 to make the score 8-6 before the home team clinched a win with a late goal.

Cardiff’s Elliott Murdoch, a 21-year-old from Newport, suffered during the match at Romford’s Sapphire Ice & Leisure Centre, picking up 34 penalty minutes in total. He was thrown out on a game misconduct for abuse of officials after 56-56.

Telford-born Fielder, who has played for the GB under-20 team, scored two goals with one assist.

Raiders went ahead after only 45 seconds when Tommy Huggett scored. He also made it 2-0 and Ewan Hill added a shorthanded third.

Hill scored his second to make it 4-0 before Deakan Fielder replied for Cardiff.

Krakauskas scored on a powerplay to five Romford a 5-1 lead going into the second period.

Reed Sayers hit back for the visitors. Krakauskas completed his hat-trick, before Fielder capitalised on another powerplay.

The scoreline remained unchanged for the next 27 minutes until Krakauskas completed the scoring with his fourth of the game with another powerplay effort, after Murdoch was given a game misconduct penalty for abuse of officials.