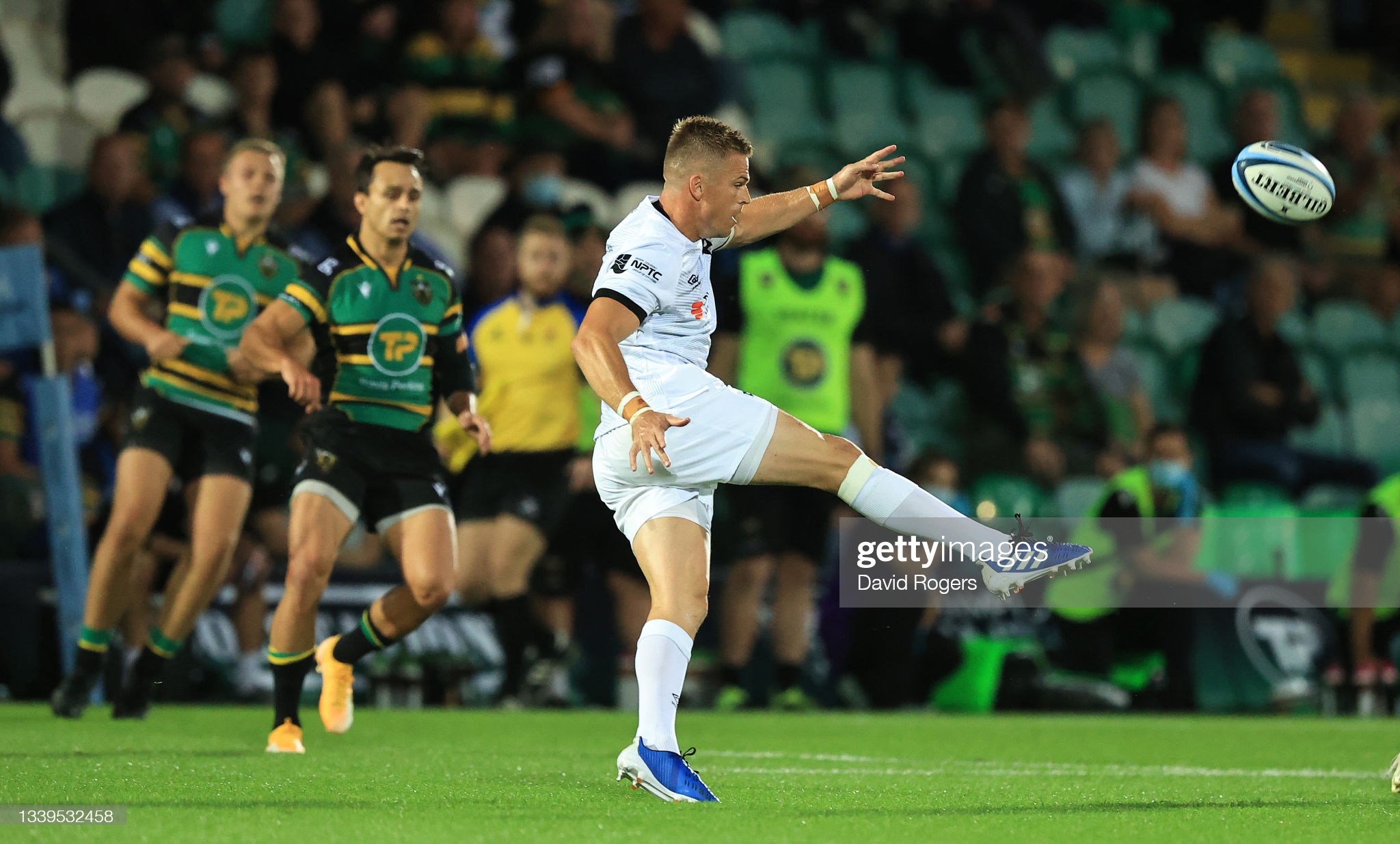 Gareth Anscombe back in action for the Ospreys. Pic: Getty Images.

Gareth Anscombe has paid heartfelt thanks to those who have helped his recovery after coming through his first rugby match for just over two years.

The Wales international played 37 minutes for the Ospreys in their pre-season friendly at Northampton on Friday night before he was withdrawn as the region said they had always planned.

Afterwards, the 30-year-old outside-half – who many feared would not resume a top level career – paid tribute to those who have assisted his recovery from a serious knee injury, that has involved overcoming several setbacks.

“It has been tricky, there have been so many ups and downs, it’s been so much longer than I thought originally,” said Anscombe.

“I have to thank a ton of people, there have been so many people behind the scenes who have worked long hours with myself. They have put up with me being pretty negative at times and pretty down.

“They are the guys I owe a lot of this to, a lot of my family have been amazing by supporting me and given me a boost when I needed it because at times it was quite tough to see the light.

“I am thankful I have had such a strong network around me. The people with the Ospreys have been amazing and really supported my journey.

“I have had help from the Union at times which has been nice and we are finally here. It’s been a combination of a lot of things.

“I never expected it to take this long, I don’t think anybody did. It’s been a long hard road and now I look forward to playing some rugby throughout the year and hopefully I can lead this Ospreys team around.

For Ospreys fans, it was a first official look at Anscombe in club colours in a match they lost 31-26 at Franklin’s Gardens.

It’s a debut that many will consider long overdue given almost 30 months have passed since the player’s move from Cardiff Blues was announced.

The Welsh regions confirmed in April 2019 that Anscombe would be swapping allegiances and moving to Swansea, only for the former New Zealand under-20 to suffer a serious knee injury that summer.

Anscombe, 30, was set to play a role for Wales at the 2019 Rugby World Cup, but he damaged his anterior cruciate ligament in a warm-up fixture against England just prior to the tournament.

“It’s been a long time coming, longer than I would have liked but to finally put on the boots and play 35 minutes is really pleasing,” said Anscombe.

“The knee has come out really well and hopefully it is the start of my journey with the Ospreys. All in all, I am pretty pleased and am just glad to get back out there.”

Former Wales coach Warren Gatland helped recruit his fellow Kiwi from New Zealand in 2014, and Anscombe—who qualifies for Wales through his mother—became an international regular at full-back and fly-half.

Gatland’s successor, Wayne Pivac, was at ease over the player’s condition when he suffered a setback last year, suggesting Anscombe may have a future with Wales when he’s fit.

“At this stage we’re not putting any pressure on the player. We’re saying ‘let’s give it the season to get it right’,” Pivac said.