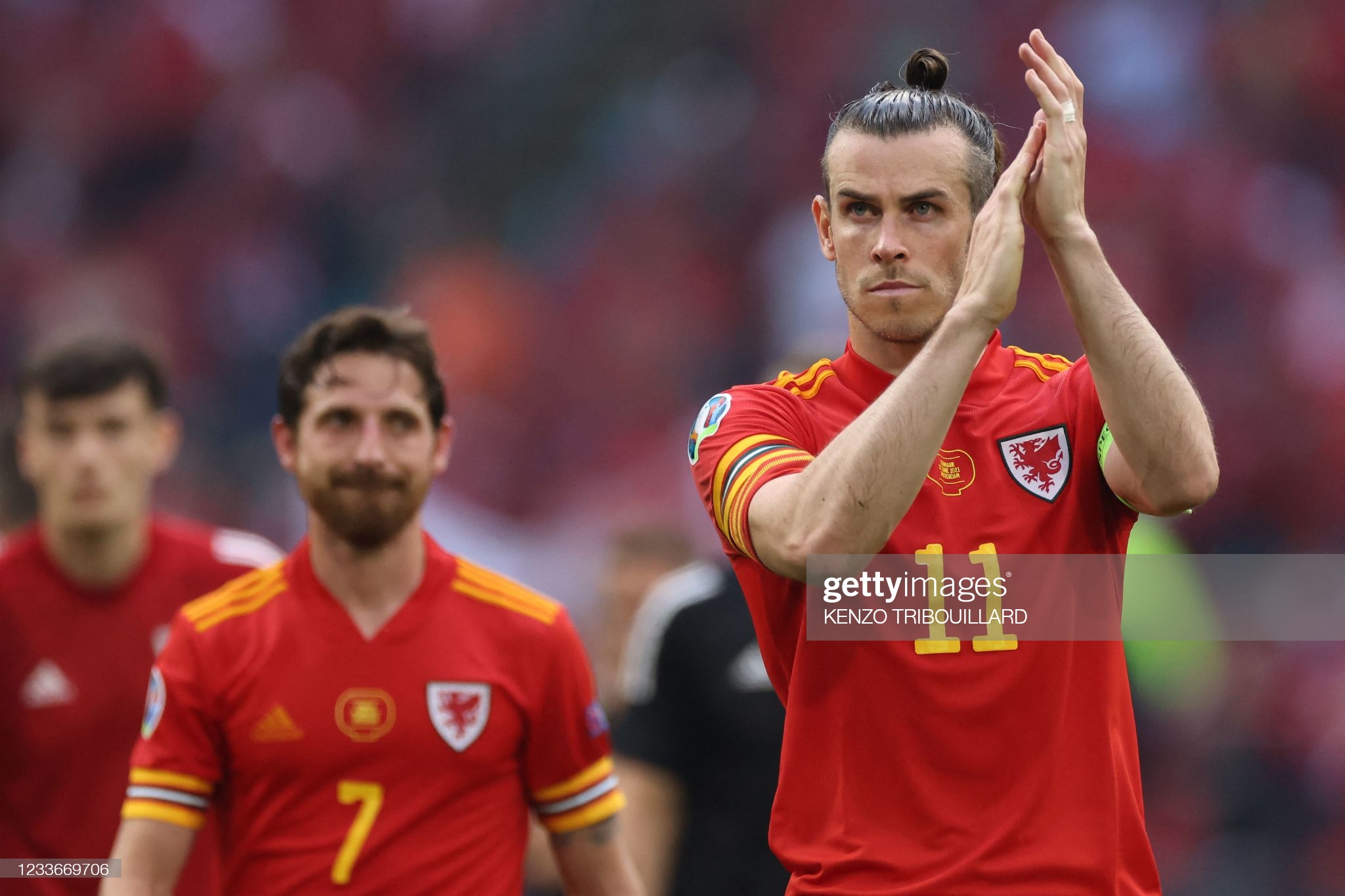 Gareth Bale has vowed to continue to play for Wales until he retires.

The clarification – which came in a post-match interview after Wales’ exit from Euro 2020 following a 4-0 thrashing by Denmark – still leaves his immediate playing future open to question.

But at least the Wales captain – who had earlier walked out of a BBC interview when asked about his future – seemed to indicate with S4C that he wants to hang around until next year’s World Cup.

There have been rumours about Bale’s future, and possible thoughts over retirement, ever since he sparked conjecture himself in the build-up to the tournament by declaring he had made up his mind but that he would wait until after this summer’s Euros before making it public because it would “cause chaos”.

In the aftermath of Wales’ exit at the last 16 stage in Amsterdam, he told S4C, “I want to continue to play. Obviously, people ask me stupid questions all the time but I love playing for Wales.

“I will play for Wales until the time I stop playing football.”

He also suggested he wanted to be part of the remainder of the World Cup qualification campaign and the finals, which take place in Qatar in November 2022.

“I think he needs to grow up a little bit in all honesty.”

“He is better than that.”

Gareth Bale played the leadership role to console his teammates after their Euros exit.

But when asked about his playing future …#Euro2020 #OptusSport

“I feel like we have a very good way of playing when we play well and we just to keep the confidence high, keep playing well and I think we can qualify for the next World Cup.”

Denmark inflicted Wales’ heaviest defeat in nine years at the Johan Cruyff Arena on Saturday to reach the quarter-finals as Kasper Dolberg struck in each half while Joakim Maehle and Martin Braithwaite also got in on the act late on.

It leaves Wales returning home after a mixed bag of a tournament in which they hit the heights with a superb 2-0 win over Turkey, drew with Switzerland but lost to both Italy and the Danes.

Reflecting on the performance against the Danes, Bale told S4C, “Everyone is disappointed which is natural. It’s a hard one to take, especially when for the first 20 or 25 minutes we felt we were really in control of the game.

“The goal changed the momentum which is a little disappointing for us. We should have just kept doing what we were doing.

“I guess we will have to lookback and learn from this experience and take things forward.”

Manager Robert Page claimed Bale had done the right thing to walk away from the pitchside interview post-match and labelled the questioning as insensitive.

“Like any other player in the changing room right now, he is disappointed,” Page told the post-match news conference.

“Why would he want to answer a question about his future? For me it’s an insensitive question.

“What is the point of asking that when he’s just come off the pitch after a defeat? Emotions are raw, so he’s done the right thing by walking away and gathering his thoughts.

Page insisted Wales should look back on the tournament positively and urged the players to look forward to 2022 World Cup qualifiers against Belarus and Estonia in September.

“We’ve got to learn from it,” he said. “We’re a young group, we’ll bounce back and move forward. We’ve just said to the them: ‘You’ll become bigger and better for this experience.’

“It will hold us in good stead for the future. There are World Cup qualifiers just around the corner. We’ve had a taste of tournament football and we want more of it.”

Bale scored 16 goals for Tottenham during the 2020/21 season but is due to return to Real Madrid, where his contract expires in the summer of 2022.

Earlier, the forward suggested refereeing decisions had gone against the Welsh, who ended the game down to 10 men when Harry Wilson was sent off for tripping an opponent.

Bale was adamant there was a foul on Kieffer Moore during the build-up to Denmark’s second goal soon after half-time, which left Wales with a considerable hurdle to get back in the game.

“If you play the ball through the back of someone it’s a foul. I think the referee (German Daniel Siebert) might have been influenced by the crowd,” he said.

“It’s not how we wanted the game to go. We conceded a goal and the game changed a bit. We came out second half and conceded which killed the momentum on our part,” added Bale.

“The boys are angry and frustrated but I’d rather we went out kicking and screaming than laying off and doing nothing.

“We missed an opportunity but what we can’t fault is the effort and that’s the minimum requirement from the squad.”

The Denmark manager, Kasper Hjulmand, said the outpouring of support from fans following the Christian Eriksen’s cardiac arrest a fortnight ago had given the team “wings”.

“When Christian collapsed that’s where everything changed, for me at least,” Hjulmand said.

“We were suddenly put in a totally different situation. We needed the love and the support and that is what gave us wings.

“I admire the boys, they are warriors. I am grateful for the support we keep receiving. It’s crazy. Knowing this [Ajax’s stadium] is also Christian’s first home after leaving Denmark, he is with us and I would love for him to have been here.”

Denmark will face either Netherlands or Czech Republic in the Euro 2020 quarter-finals in Baku on Saturday July 3.