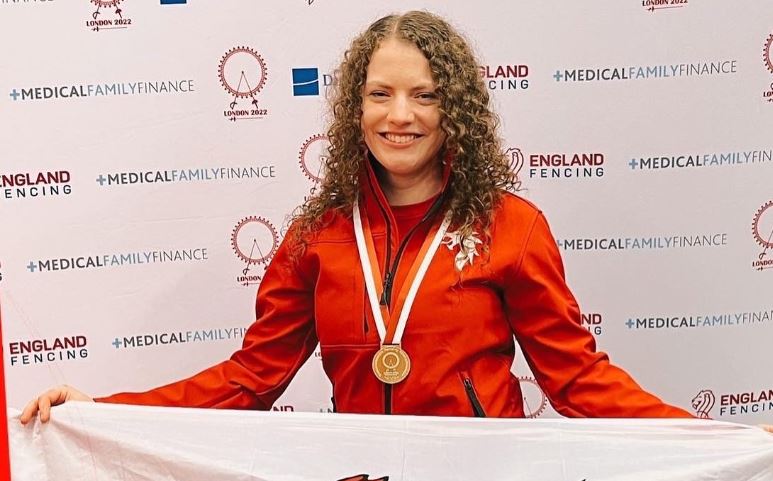 The London event – which saw teams from all over the Commonwealth compete in a sport that used to be part of the Games itself – yielded a gold, two silvers and a bronze for Wales.

Leading the way was para fencer Collis, who took gold in the wheelchair women’s foil, category A competition.

The victory comes after Collis competed at her third Paralympics in Tokyo last year, after debuting in the sport at the home London Games back at London 2012.

In Tokyo, she contested both the category A epée and the sabre events.

Collis became the first British woman to win a gold medal at a Fencing World Cup back in 2018.

Wales’ Glen Ostacchini got the ball rolling at the Commonwealth Championships with a superb silver in the individual senior men’s foil.

The men’s epee team – of Huw Richards, Marc Burkhalter, George Morris and Will Sturgeon – followed that up with an impressive bronze medal.

HUGE THANKYOU to @spokeguards for sorting me out with some shiny new Welsh Spoke Guards at short notice last week so I could compete at the Commonwealths. Without a doubt the place to go for them, no matter what design you’re after! #BestService #BestSpokeGuards pic.twitter.com/75ZlrFRDRM

There was also another silver for Wales on the final day of competition for the women’s epee team of Lou Sadler, Jess Gundry, Rebecca Renziehausen and Emily Southern.

They reached the final, where they were narrowly defeated for the gold medal by Canada.