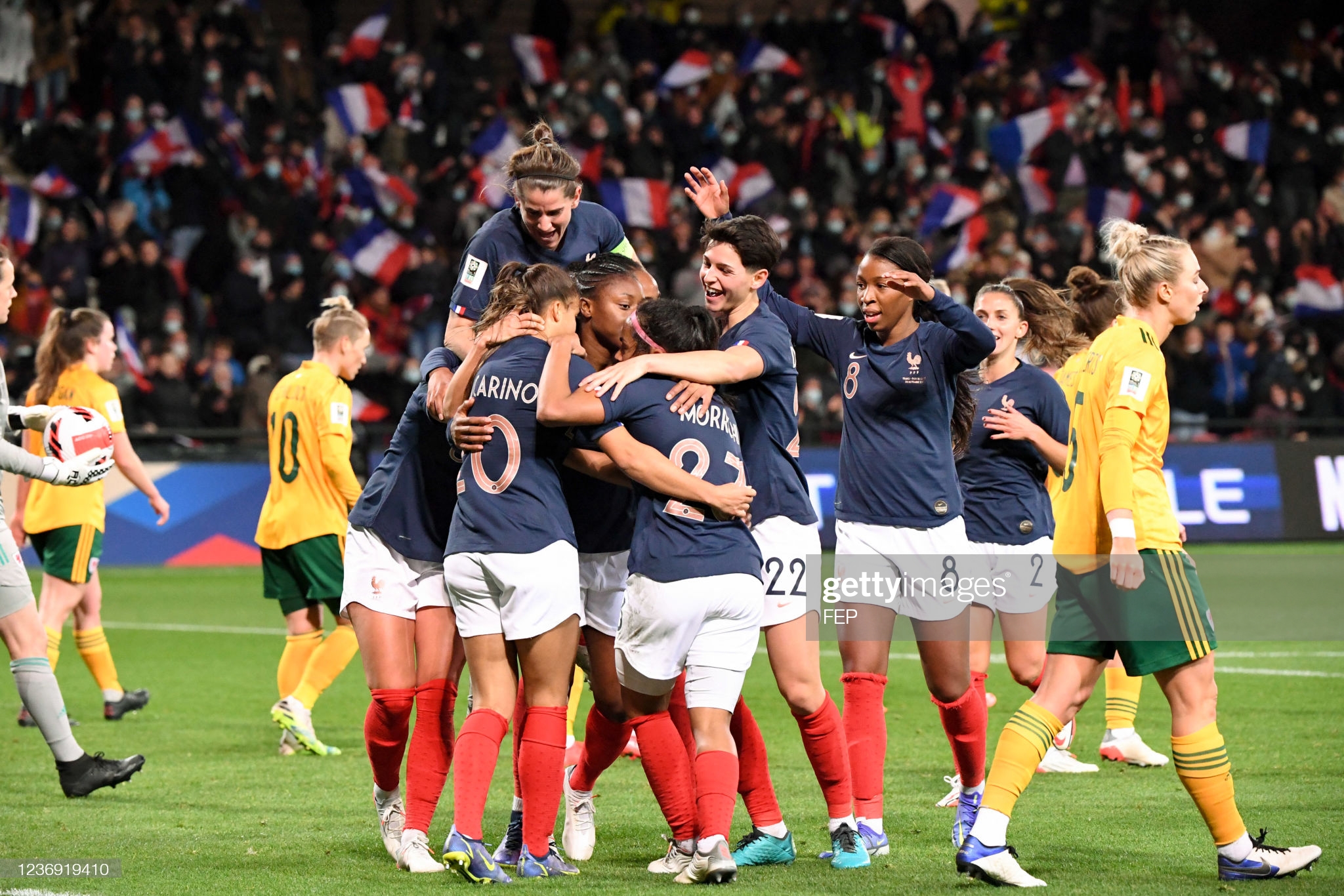 Gemma Grainger has praised her Wales players for delivering one of the best displays since she took charge, despite their 2-0 defeat to France on Tuesday night.

It was a first loss of the Women’s World Cup qualifying campaign for Wales and it leaves them unlikely to finish top of Group I to gain automatic entry to the tournament finals.

Given that the French are averaging seven goals a game against other opponents in the group, that would appear unlikely in the extreme – leaving Wales battling with Slovenia for runners-up spot and the play-offs to make the finals in Australia and New Zealand in 2023.

Even so, a gutsy, battling and shrewd performance by Wales could well have earned them a draw.

They fell behind to a goal from Kadidiatou Diani at the end of the first half, had striker Kayleigh Green sent off with 20 minutes left, but still rallied with Jess Fishlock hitting the woodwork late on.

Watch back the best of the action as Wales were beaten in France despite a brave effort ⚽ pic.twitter.com/EWy82O0YrZ

France then grabbed a second through Selma Bacha, but there was enough for Grainger to believe the campaign can still yield qualification – even if it eventually comes via the play-offs.

“I think it has to be considered one of the best performances we have produced since I have been in charge, when you consider the level of opponent we were up against,” said Grainger.

“I am disappointed to lose, but we nearly equalised with 10 players, against France, so while I am disappointed, I am proud. It shows where we are in terms of our progress.

“To come here and perform and almost get a result, that’s where we feel disappointed, but I know we will look back and feel proud of the way we played.

“There are things you can control in football games… and the red card is disappointing and we have to learn from it.

“We were playing one of the top teams in the world and these are the teams we want to play in competitions. In terms of the way the girls performed and what we will take from the game, I feel quite positive.”

Immensely proud as a fan now, but as a former player too, of that performance last night 👏💪 never ever would have imagined being absolutely gutted at not getting something from a game away to France!

The development of this side in 2021 has been unreal 🤩 Belief!!

Fishlock told BBC Wales, “This team has so many more levels to go. I’m torn between being disappointed and immensely proud.”

Green’s dismissal on 69 minutes was her second in five World Cup qualifiers and came after she was shown a second yellow card.

Wales remain in second place in the group, but are now five points behind France with four matches still to play.

Slovenia are two points behind Wales with both countries having played six matches.

The campaign now resumes next April when Wales host France and then travel to Kazakhstan.