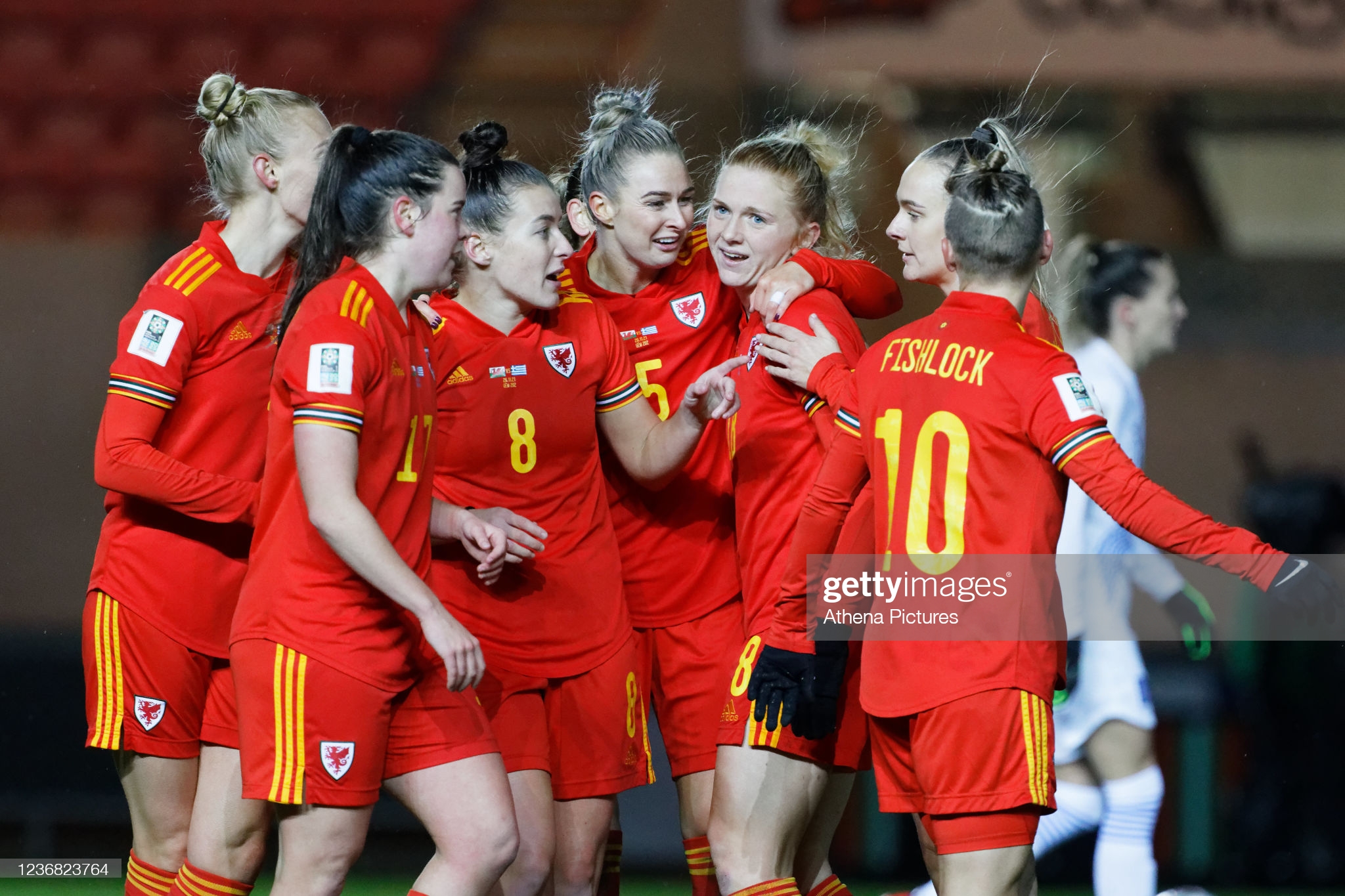 Gemma Grainger praised her team for their professionalism in overcoming awful conditions to hammer Greece 5-0 and keep their World Cup qualification dream on track.

The Wales manager was full of admiration for the way her players stuck to their task at Parc y Scarlets where a howling gale, rain, hail and snow failed to deflect them.

Two goals for the impressive Ceri Holland and others for skipper Sophie Ingle, Kayleigh Green and Natasha Harding demonstrated Wales’ superiority and put them in good heart ahead of their clash with Group I leaders France on Tuesday.

The win keeps Wales just two points behind the French at the halfway stage of the qualification campaign.

“It was a really good performance, three points that we wanted and we also wanted to build on our performances and I felt we did that,” said Grainger.

“Apart from the weather it was a perfect evening for us. The weather could have thrown a spanner in the works, but the team coped really well with it.

“We will enjoy this evening and then first thing tomorrow all attention turns to the France game.

🏴󠁧󠁢󠁷󠁬󠁳󠁿🇬🇷Gemma Grainger has really taken this @Cymru team forward since her appointment – another impressive performance and 5-0 win last night. Attracting over 4,000 fans on a horrendous night shows there’s plenty of interest in this team, but France away Tuesday will be a real test pic.twitter.com/uyg3QxDgzJ

“I think dominant is a great word for our performance. Greece have some strengths, but we stopped them and we are so happy to have kept a clean sheet, that’s important to us…. we are really pleased.”

This was another illustration of the impact Grainger has made since succeeding Jayne Ludlow as manager of the national side.

Wales blended confidence with precision and aggression to score five goals and only eased off in the final 25 minutes by which time they may well have been feeling sorry for their bedraggled opponents.

The Greeks quickly fell 2-0 down and never looked remotely likely to prevent Wales from dominating possession and creating further opportunities.

The final goal, headed home powerfully by Harding was a perfect illustration of the way in which this team now matches power with tactical appreciation.

Watch back all the goals as Wales beat Greece 5-0 in World Cup qualifying ⚽ pic.twitter.com/Y3lwXxRaRd

Greece were stretched, the ball was worked out wide and Rhiannon Roberts struck a perfect cross for Harding to meet with a courageous header in a crowded goalmouth.

Grainger added: “We must make sure we are now still ourselves against the French on Tuesday.

“We have not spoken about that game, but our full focus now switches to that match and what we need to do.

“Ceri Holland has come into the side and hit the ground running. She showed her qualities and I think there is a lot more to come.”

Unbeaten Wales now face their biggest test in qualification so far when they play France, ranked fifth in the world, in Brittany on Tuesday.