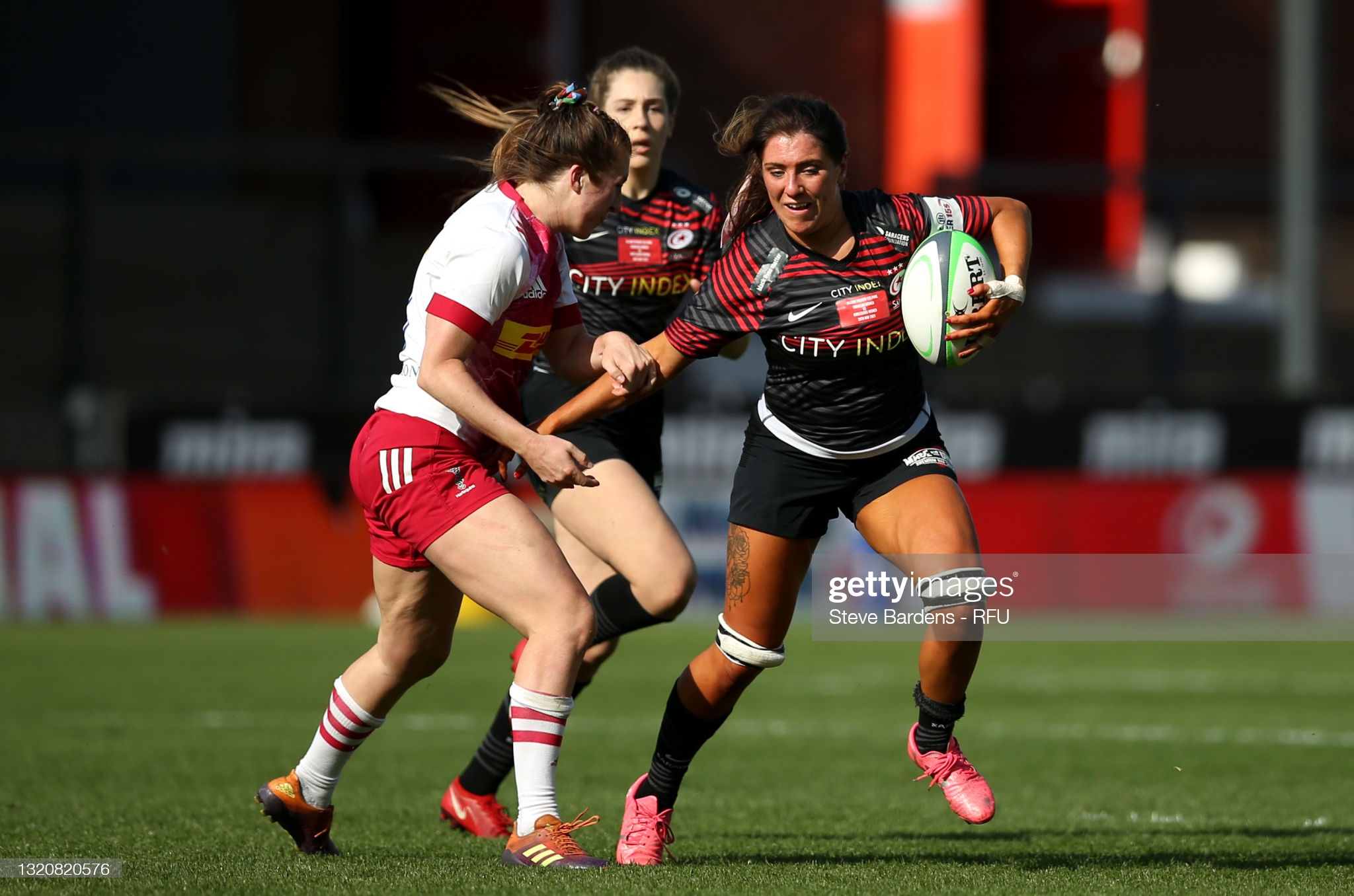 Georgia Evans is hoping to gain bragging rights over three of her Welsh international back row rivals when Saracens welcome table-topping Bristol Bears to the StoneX Stadium for the game of the season in the Allianz Premier 15s on Saturday.

They won’t come any bigger than the top two unbeaten teams going head-to-head in a match that will hold much appeal for Wales coach Ioan Cunningham.

Both teams have won their six league games and only one try bonus-point separates them.

“It’s going to be a cracker and we’ve all be waiting for this game ever since we left the Wales camp after the November internationals,” said Evans.

“Bragging rights among team mates are up for grabs and I know it is going to be a real battle in the back row facing Alisha Butchers, Hannah Johnes and then Siwan Lillicrap. Bristol is a team full of confidence, while we got a bit of a wake-up call last weekend.

“It just felt like we all came back from international duty and thought we could pick up where we had left off. We certainly won’t be taking anything for granted this week.”

The Bears made it a perfect six bonus-point wins in a row last week with their 36-17 home win over Wasps.

Not a bad dress-rehearsal for a fixture that could not only see them lose their unbeaten record, but also top spot in the table.

Tune in to @BBCSport app, website or iPlayer at 12.30pm on Saturday #SARvBRI | #BristolBearsWomen pic.twitter.com/GiVQ9Zt2gl

Five of the six tries against Wasps, last season’s semi-finalists, came from Welsh internationals. Full back Kayleigh Powell and wing Courtney Keight got two each and Alisha Butchers got another.

Keight is now joint top scorer in the league with team mate Hannah West with eight and, in the absence of Welsh team mate Jasmine Joyce, will be one of the biggest threats in the Bears’ back division.

Keight, Powell and Butchers are all picked to start at the StoneX Stadium this weekend, with outside half Elinor Snowsill, lock Natalia John and flanker Manon Johnes joining them.

On the bench, Wales captain Siwan Lillicrap has Keira Bevan for company.

Saracens, meanwhile, picked up their sixth win on the trot last weekend with a hard-fought 24-21 triumph at Gloucester-Hartpury.

It took a try and conversion in the 78th minute from England outside half Zoe Harrison to maintain their unbeaten run.

Evans starts at No 6 for Sarries, while newly capped hooker Kat Evans is on the bench with fellow Wales front rower Donna Rose.

“We all wanted to get picked for this one and it is a huge honour to get a starting place at Sarries given the amazing strength in depth we have at the club,” added Evans.

“There has been a lot of hype around this fixture and we’re hoping for a big crowd. I’m sure a lot of family, friends and fans will travel from south Wales to cheer on the Bristol girls.”

The game is available on a live stream and kicks-off at 12.30pm on Saturday, 4 December (you can register for a free live stream HERE)