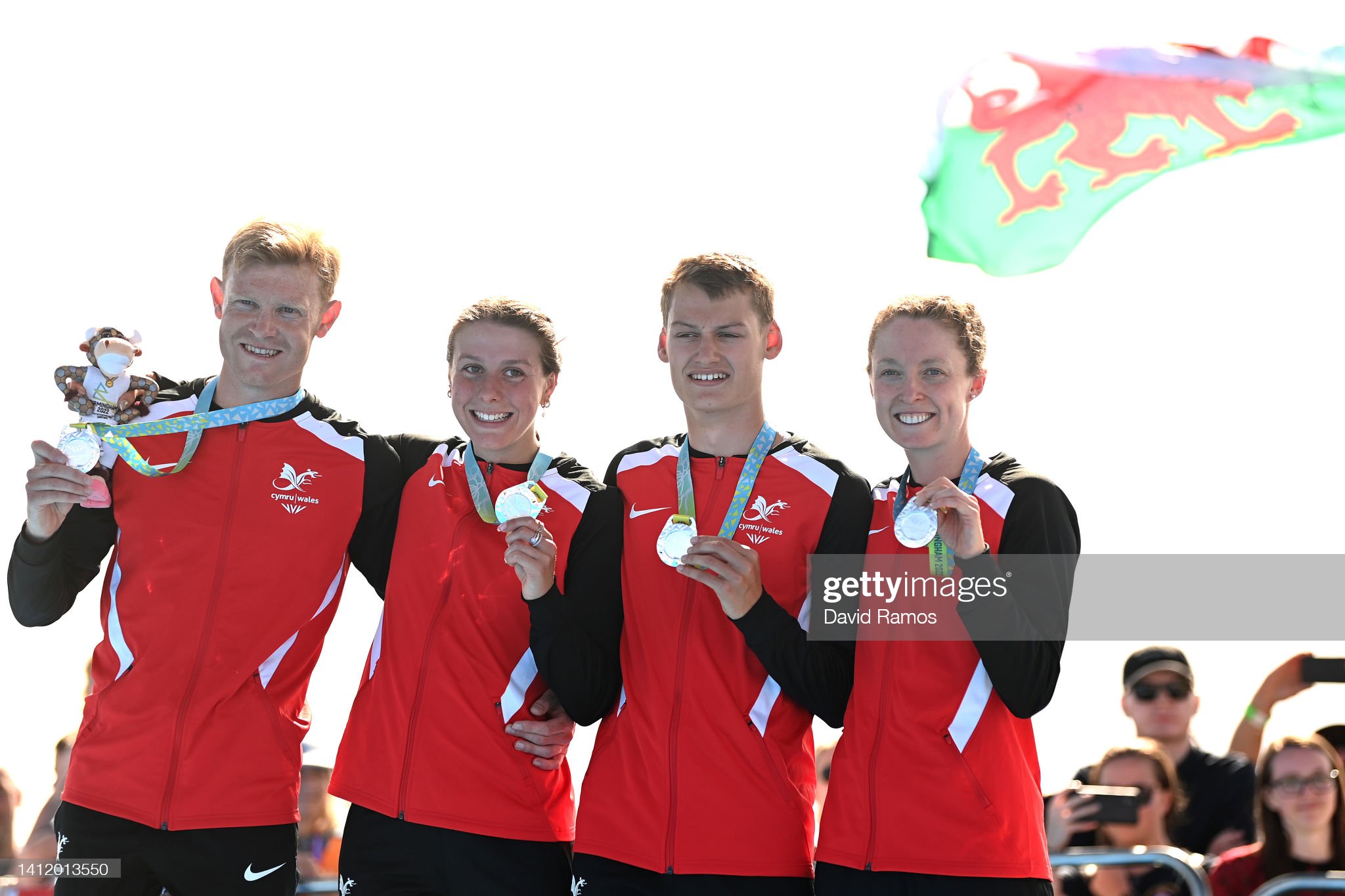 On the team’s performance:

“They were just perfect the whole race. For me, it’s the result of years of work as a team, all the staff, all the athletes.

“We thought we had a chance [of a medal] if they executed well and every single one did so today. I am so proud with them.”

On the bet he had with team that they could throw him in the lake wearing his opening ceremony suit if they won a medal:

“A deal is a deal. We were dressed up for the opening ceremony. We watched from the house because they were racing the next day.

“I don’t know if they decided I looked good or funny in it. The deal was made that if they won a medal they could throw me in the lake in my suit.

“Right now, I don’t care. They can do anything.”

On when she knew she had taken silver:

“It wasn’t until I crossed the line, as Sophie (LINN, AUS) outsprinted me in the individual event on Friday so I thought she was going to come past me at any time.

“It is also our coach’s (Luke WATSON) birthday today and he promised we could all throw him in the lake in his full parade suit if we won a medal today so that kept me going.”

On her future plans:

“This is the icing on the cake of my career and I can hang my shoes up now and be really happy. It’s all thanks to this team.

“It’s the perfect ending to a really old career. I’ll retire from racing at the end of this year.”

On the crowds at Sutton Park:

“Unbelievable. They were even better than Friday. There was not just cheering for England, everyone was also cheering for Wales. It makes such a huge difference.

“Coming round the corner, I saw someone in an England kit screaming for me and I thought, ‘I’ve got to do it.’”

On how this medal compares to her individual successes, including winning a world title:

“It’s just as important, if not more important, than some of my own individual success.

“I cannot wait to watch the Welsh dragon go up. It’s something I’ve never witnessed in my career. I’m just ecstatic.

“This is huge for Welsh triathlon. Silver is the most we could have hoped for as England are on another planet. To come away with that is just like winning for us.

“We weren’t confident we’d get a medal beforehand. We thought we had an outside chance. We have surprised and shocked everybody, including ourselves.”

On sharing the podium with her boyfriend and gold medallist Alex YEE (ENG):

“We are usually in the same team with Great Britain, so to be on different teams is different. But it’s going to be so cool to be on there together.”

On the silver medal:

“I was more nervous watching. Everybody ran to the best of their ability today and if you do that then you can achieve something special.

“To see the flag on the podium will mean everything to me, to have won a medal at a Commonwealth Games.”

On what he was doing while Stanford was on the final leg:

“When she broke the New Zealander (Andrea HANSEN) on the hill I thought, ‘We’ve got a medal here.’ But we didn’t know which colour and it was only around the last corner that we knew it was going to be silver.”