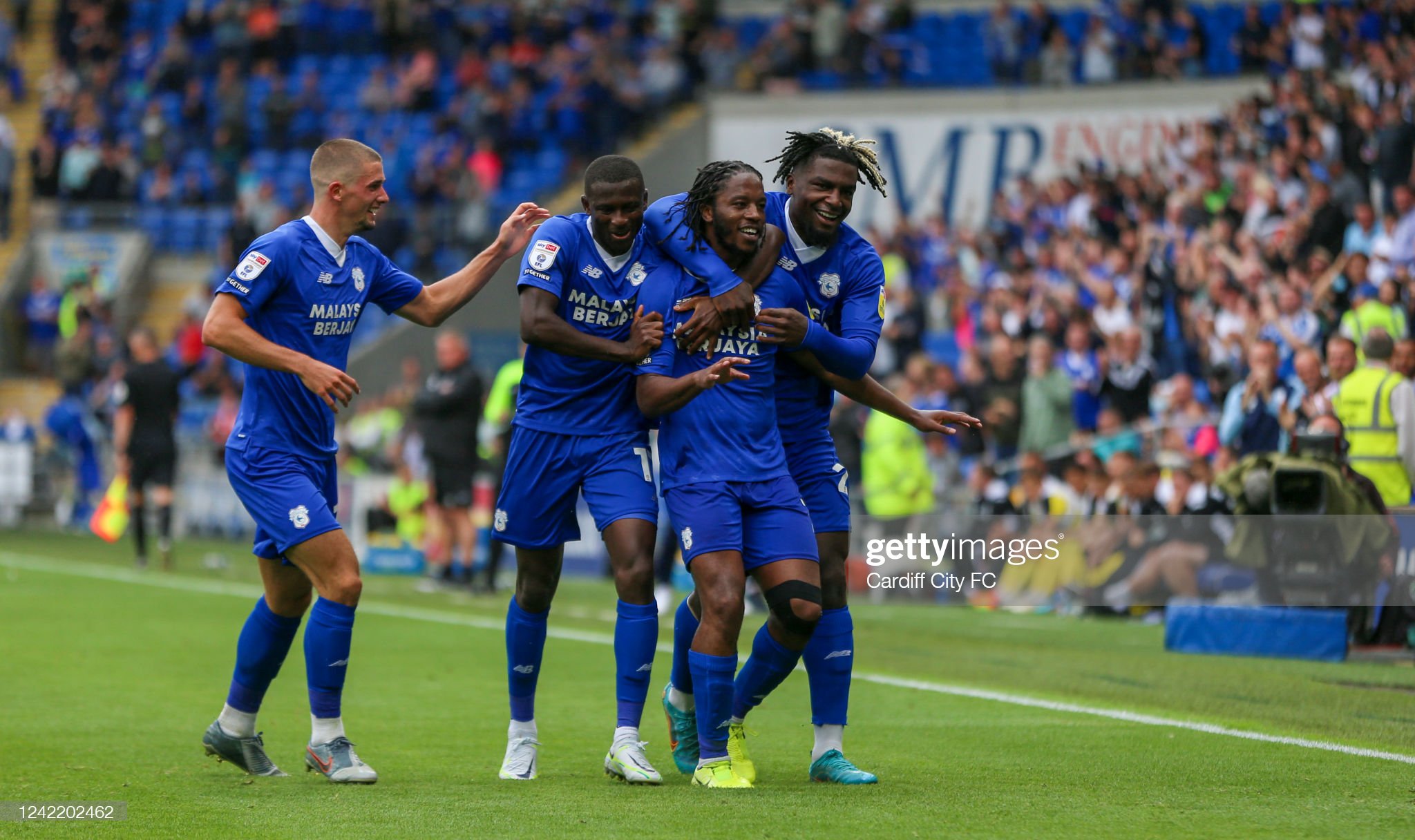 “Geeky” Romaine Sawyers is the man to boot-up the newly unboxed Cardiff City, according to manager Steve Morison.

Sawyers scored the only goal of the game as a summer-assembled Cardiff began their Championship campaign with a 1-0 victory at home to Premier League drop-outs Norwich City.

The midfielder arrived as one of 13 new players recruited by Morison this summer and will be the guiding force in smoothing the joins, says his boss.

“Romaine might not like it, but he is a bit of a football geek,” said Morison after a match in which both teams finished with only 10 men.

“He loves the game, he loves the tactical side of it and understands it really well.

“He is an organiser when he is out there. He really does get it. I had to show him exactly what he wanted and he asked me questions and I had to be able to answer them.

“I showed him exactly what we wanted from him. It simplifies the game for him and allows him to go and have moments like that.

“We spoke at half-time about how our two number eights didn’t get high enough up in the first half to be able to get into the box to score a goal.

“So it sounds like he decided to just get the ball a little bit further out and just hit it, rather than run into the box.

“I believe we are on the right path and a work in progress. We had that one moment, they didn’t. Now we need to make sure we back it up with a performance next week.”

Norwich boss Dean Smith added: “I’ve worked with Romaine a long time and he’s gone for the pass without a shadow of a doubt.

“The lad’s made a run and it’s gone off Andrew’s (Omobamidele) calf. I think he got one in training from that distance for me!

“We lacked quality in the final third that cost us the game. But the least we should be leaving here is with a point.

“There were some pleasing things in the game, but it’s not a good start to not get any points.”

Sawyers struck the winner four minutes into the second half of a contest that saw both sides reduced to 10 men after the break.

Cardiff defender Perry Ng and Norwich captain Grant Hanley were sent off for second bookable offences as the relegated Canaries discovered that life in the second-tier might prove difficult.

Todd Cantwell was back for Norwich following his loan spell at Bournemouth and the forward produced the best moments of a closely contested first half, including a delicious drag-back.

Cantwell also came closest to breaking the deadlock in the 20th minute after Kenny McLean was gifted possession.

McLean found Cantwell with a precise pass and the debut-making Ryan Allsop had to produce a sprawling save to stop the ball from finding the bottom corner of his net.

An excellent start to the season for the Bluebirds. Good performance too with nine of the starters making their club league debut. A late red card apiece and seven minutes of stoppage time kept it entertaining until the end. pic.twitter.com/qs33ADpTo9

Cardiff had attempted to play through the thirds, with Morison keen to put greater emphasis on a passing game than some of his predecessors.

Sheyi Ojo produced some smart footwork midway through the first half to advance into shooting range, but Krul comfortably held his weak effort.

Norwich grew more confident as the half unfolded and should have taken the lead 10 minutes before the interval.

Dimitris Giannoulis surged down the left but his cross failed to find the unmarked Josh Sargent at the far post.

Cardiff took the lead when Callum O’Dowda set up Sawyers and his drive from 25 yards found the bottom corner with Krul possibly unsighted.

Romaine Sawyers scored on his competitive debut as Cardiff City beat Norwich City 1-0 in a fiery encounter which saw both teams finish with 10 men. #CARNOR pic.twitter.com/ubI99Bh1oI

There was a flashpoint midway through the second half when substitute Joe Ralls brought down Teemu Pukki and Ng was pushed over in the resulting melee.

Ng and Hanley paid the ultimate price after picking up second yellow cards, with Norwich holding a one-man advantage for 12 minutes.

Hanley departed five minutes from time and Cardiff saw out victory in front of a delirious near 20,000-crowd.