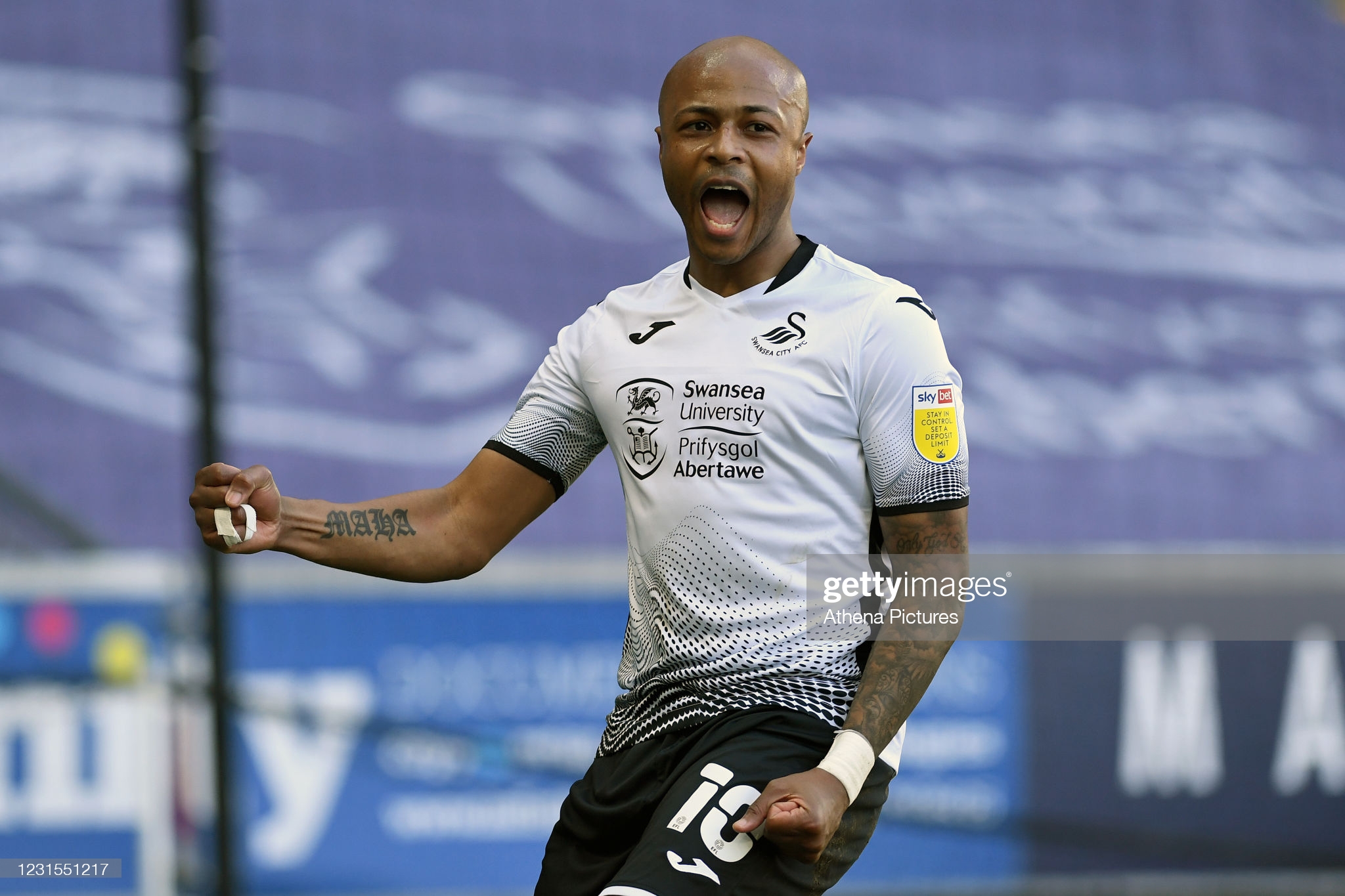 Steve Cooper didn’t want to use Andre Ayew at Reading on Sunday – but it proved imperative that he did.

The Ghanaian returned to the squad for the first time since limping off with a hamstring injury against Wycombe Wanderers eight days earlier, a problem which saw him miss last Tuesday’s defeat at QPR.

When he entered the fray along with Connor Roberts and Morgan Whittaker 64 minutes in, Swansea’s play-off spot was anything but secure with the hosts leading 1-0 thanks to Yakou Meite’s first half header.

Cue a virtuoso cameo from Ayew. Within three minutes of stepping onto the field he appeared hemmed in at the touchline by three Reading players, only to produce a sublime turn and back heel which sent Jay Fulton off on an attack that culminated in Jamal Lowe’s equaliser.

Seven minutes from time he all but sealed Swansea’s top six place by firing home from Jake Bidwell’s low cross.

Tomas Esteves did sweep home a leveller for Reading in injury time, but the result was enough to ensure Cooper’s men a place in the end of season showdown for a second successive season.

“Andre, if we didn’t need him today, great. That would have been lovely,” admitted Cooper afterwards.

“We knew he’d been medically cleared to play and it ended up being a good move. There’s been good work from the medical team and it was great from Andre.”

Ayew’s late strike represented his 16th league goal of the season, and one of Cooper’s major dilemmas over the forthcoming games with Derby and Watford is how sparingly he uses his key man as the four play-off contenders jostle for position.

The x-factor Ayew brings to a side often accused of being uninspired in attack this season, not to mention his tendency to step up in big moments, will ensure his manager will feel inclined to use him if he wants to maintain some kind of momentum heading into the play-offs.

But any subsequent injury, or reoccurrence of the problem that invariably gave him a well earned rest last week, could be fatal to Swansea’s Premier League dream.

“Sometimes I hear if you finish higher you are at home in the second game, or you are going to have a load of good form to do well in the play-offs,” added Cooper.

“We tried that one last year didn’t we, having good form, and didn’t get through.

“Obviously, we have to think about how we approach these next two games. But it won’t be a case of 10 or 11 changes.”

Having stormed out of the Liberty Stadium in May 2018 following the defeat to Southampton that all but condemned the club to relegation, it was assumed Ayew would never be seen in a Swansea shirt again.

The 31-year-old’s unlikely return in August 2019, following a loan spell in Fenerbahce, and contribution since, has ensured that if he does move on when his contract expires this summer, the Jack Army will remember him favourably.

And, if it all culminates with Ayew and co celebrating at Wembley in the midst of a play-off final win on May 29th, then his salvaged Swansea legacy will become a treasured one.

For the above scenario to become reality, though, then Ayew’s workload in the two imminent league matches may have to be handled with care.