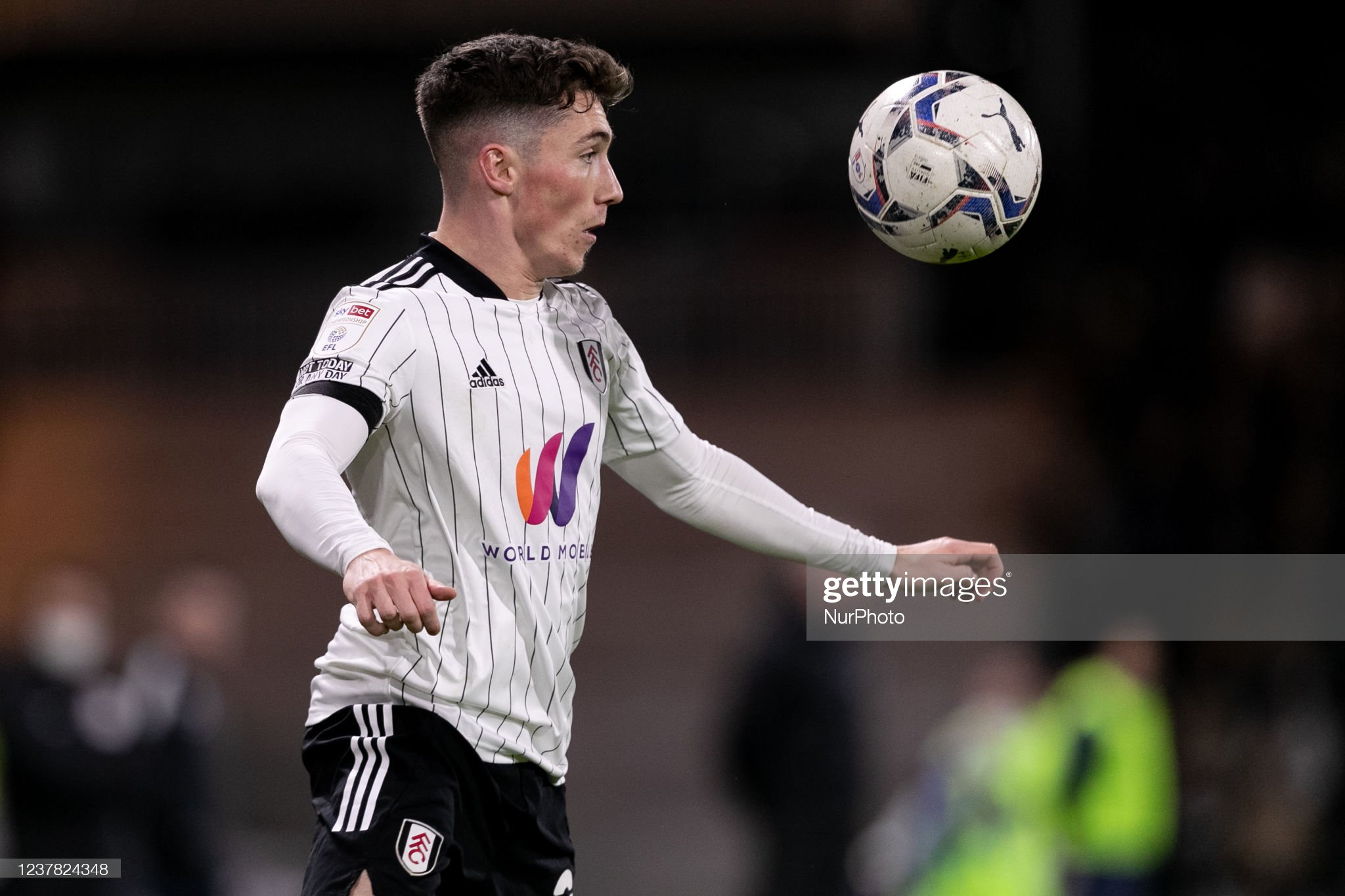 Harry Wilson is planning a double celebration this summer – promotion to the Premier League with Fulham and a trip to the World Cup with Wales.

Both ambitions look very credible as the striker’s season enters a crucial period for both club and country.

Wilson was at Cardiff City Stadium last weekend, where his creative talent led to the only goal of the game as Aleksandar Mitrovic got on the end of the Welshman’s pass to score and earn Fulham a victory that extended their lead at the top of the Championship to nine points.

In three weeks’ time, he will be part of a Wales team who face Austria at the same stadium in a World Cup play-off semi-final.

If they come through that, it will be a third game at the same venue – against either Scotland or Ukraine – for a place at the finals in Qatar.

Should Scotland win, the final will be billed as the Battle of Britain. If it’s Ukraine, then Wales are likely to be cast in the unfamiliar role as the team the rest of the world would like beaten.

“Getting to the Premier League and World Cup would be fantastic,” says Wilson who left Liverpool for Fulham in a 12m move last summer.

“That was my aim at the start of the season and it’s still on the cards.

Harry Wilson 🔥🏴󠁧󠁢󠁷󠁬󠁳󠁿
8 Goals 11 Assists for Fulham’s No 8. this season.
Having an impressive season, and showing himself to be more than ready for another PL campaign!

“Hopefully, in March we will have the stadium rocking and then, all being well, in May we’ll be going into the Premier League.

“The Premier League was the aim at the beginning of the season. We’ve done well and got ourselves in a good position but it would be silly to take our foot off the gas.

“We’ve got to keep going and keep grinding our results and hopefully we’ll get there.”

Wilson, 24, enjoyed successful season-long loans at Derby and Bournemouth before spending the 2020/21 campaign at Cardiff City, where he scored seven times and made 12 assists in 37 Championship appearances for the Bluebirds.

So far this season, he has eight goals and 12 assists in the Championship and is flourishing as the man who provides the bullets for Mitrovic.

The Serbian striker has already scored more goals in one season than any other player in the history of the Championship and his strike last weekend took his tally in the league so far this season to 34.

Mitrovic has now scored 37 goals in 38 matches in all competitions this season, including three for Serbia.

“Sometimes the balls (into the box) don’t always have to be the best, because he makes the most of them,” added Wilson.

Sensational from Harry Wilson who gets his Fulham debut underway in sensational fashion 👇 pic.twitter.com/07cggMfUs6

“He uses his body, he gives defenders a nudge, and he always seems to be on the end of it, whether it’s on the floor or in the air.

“To have someone like that playing in front of you, you know you’ve always got a chance to score.”

Having already broken Ivan Toney’s previous record of 33 in a Championship season, Mitrovic’s 1.5 goals per game across his last half dozen matches could see him top the 50 mark if it continued.

That might seem a fanciful target, but Wilson insists the Fulham machine is capable of still supplying chances for their leading marksman even when it’s not at full capacity.

“At the beginning of the season we were going away and scoring three, four or five goals,” added Wilson.

“It was free flowing but it can’t always be like that. Sometimes you’ve got to grind out results and get the type of wins that we sometimes weren’t doing before.

“The defence handled themselves well today. We’re not the biggest team but we’ve now had three clean sheets in a row away from home and that’s a great sign.”