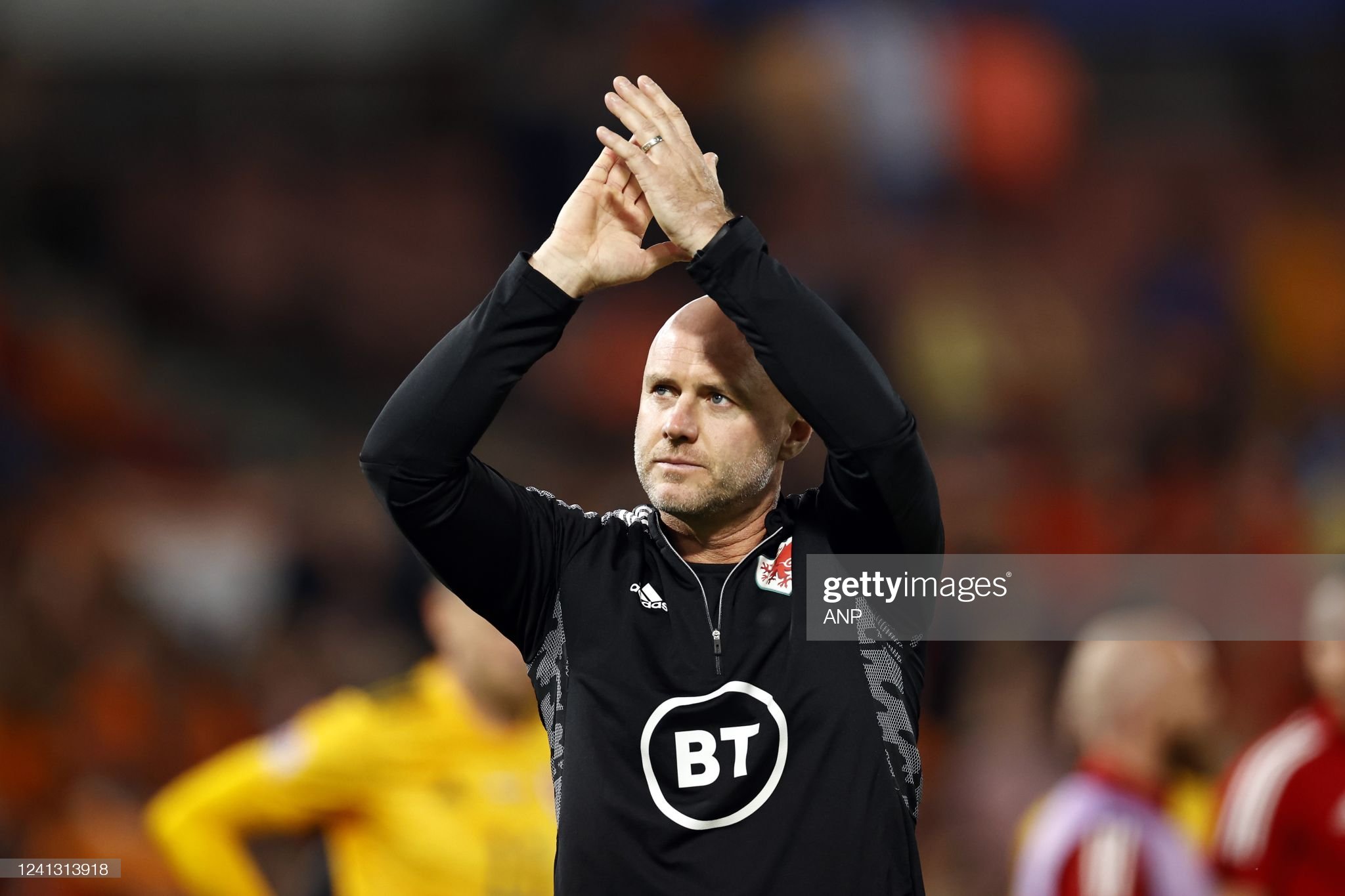 Rob Page wants to create a new legacy for the future, to cement football in the hearts of the Welsh public

Wales football manager Rob Page believes he has seen the future for a bucket hat-wearing young generation being inspired to get active, passionate and knowledgeable about the power of sport.

Having guided his country to the World Cup finals for the first time in 64 years, Page is convinced of the effect heroes such as Gareth Bale, Ben Davies, Neco Williams and Ethan Ampadu are having on youngsters across the land.

With interest also surging in the national women’s team – and record crowds following the likes of Sophie Ingle, Jess Fishlock and Carrie Jones – football’s ability to get kids turned on to fun, physical activity has never been more clear.

“There is a great buzz about the country at the moment,” says Page, who will be the first Wales manager since 1958 to lead his team onto sport’s biggest stage.

The power of Bale and Fishlock to spark excitement was evident to Page when he recently met up with a friend.

A further £4m will be invested by the FAW in grassroots facilities as a direct result of @Cymru qualifying for the #FIFAWorldCup. #TogetherStronger

“My best mate lives in Barry and his son was in a tournament in Sheffield,” says the former Watford player.

“So, I want along and watched two games involving 12-year-olds.

“They were all on the coach going up, with their bucket hats on, singing ‘Yma o Hyd’, driving their parents mad.

“That is what we are creating here. By the first team doing so well, we are inspiring the next generation of kids coming through.

“They are boys and girls who want to get out there and play football. It’s fantastic.”

Does your bucket hat rock ??? Send me a pic of your favourite bucket hat and let’s see if @Cymru has swag 🏴󠁧󠁢󠁷󠁬󠁳󠁿🙌 @LauraMcAllister has swag 🌈 👒 @FAWales #TogetherStronger 💪 pic.twitter.com/oCcox5QxSB

Aside from the hosts Qatar, Wales will be the smallest nation at the finals – a tribute to the management skills of Page, who, like Jimmy Murphy in 1958, is a manager who learned to love football growing up in the Rhondda Valley.

There was a truly special atmosphere in Cardiff as Wales beat Ukraine to clinch their place – a night rich in cultural and historical significance.

The war in Ukraine had given the game an extraordinary background, with neutrals around the world hoping the yellow and blue flags might be waved at the finals.

Welsh supporters were hugely respectful and generous hosts on an emotional evening, where the national identities of both countries were celebrated in a way everyone was able to enjoy.

Gemma Grainger’s women’s team have their own chance to create history when they play Greece and Slovenia in September as they aim for a play-off spot for the World Cup.

Sun’s out and Cymru are back on camp ☀️

If successful, they would further cement Wales’ football legacy from this current generation of incredible players.

Football has a global power that no other sport can match and the viewing figures for the World Cup finals are bigger than for any other sports event, including the Olympic Games.

It’s an opportunity for every country to celebrate and inspire – whether they be adults in the stadium or the children on the bus alongside Page, singing Dafydd Iwan’s stirring adopted anthem for this current team, Yma O Hyd.

Page has recently been travelling around Wales, taking in the culture and history of the nation, and is hoping to ensure that ties are made throughout the country and not just in South Wales.

The Wales manager wants to use the history of the nation to create a new legacy for the future and to cement football in the hearts of the Welsh public, continuing the FAW’s excellent work in building the support for the Welsh national team after years of disappointment and dissatisfaction.

I already feel like this is one of the iconic moments of Welsh football history. https://t.co/jp9TA171FL

“To go to a North Wales quarry was brilliant, a great insight into Welsh history,” says Page.

“And then we went to Aberystwyth to the National Library and that was unbelievable. I had three hours in there and could have spent a lot longer.”

Page was also able to see up close the fervour that the next generation hold for football and the blossoming relationship between the team and the Welsh public.

“We went to a few schools and watched their PE lessons and interacted with the kids with questions and answers.

“It’s about having engagement with our supporters and saying that just because we are based in South Wales, you are not forgotten about,” he explains.

The FAW have captured the imagination of Welsh football fans and their Stronger Together motto engenders the close-knit connection between players, staff and fans.

Being an independent football nation has meant that football supporters travelling home and away with the team have witnessed smaller countries who are thriving both in football and outside of the sport.

And in Wales, far from being just empty words, the Stronger Together campaign has successfully promoted both the Welsh language and Wales across the world.

Page is just as passionate about this connection with the fans and the public, crediting them with helping Wales push on through last Sunday’s match to reach victory.

He insists on the importance of ensuring the supporters from the North feel connected, as they play a big part in ‘Y Wal Goch’.

“It’s about giving something back. North Walians give so much commitment.

“We played a final that everyone wanted to be part of.

“We have three home games in June and if you drive from North to South Wales then you see the commitment that takes and you have respect for them.

“That is us showing a bit of respect back and appreciate what they are doing.”

Seeing Wales, with a population of 3.13 million, competing against the top ranked teams in the world’s most popular sport is incredibly powerful – and is surely enough to keep youngsters all over the country coming back for more.