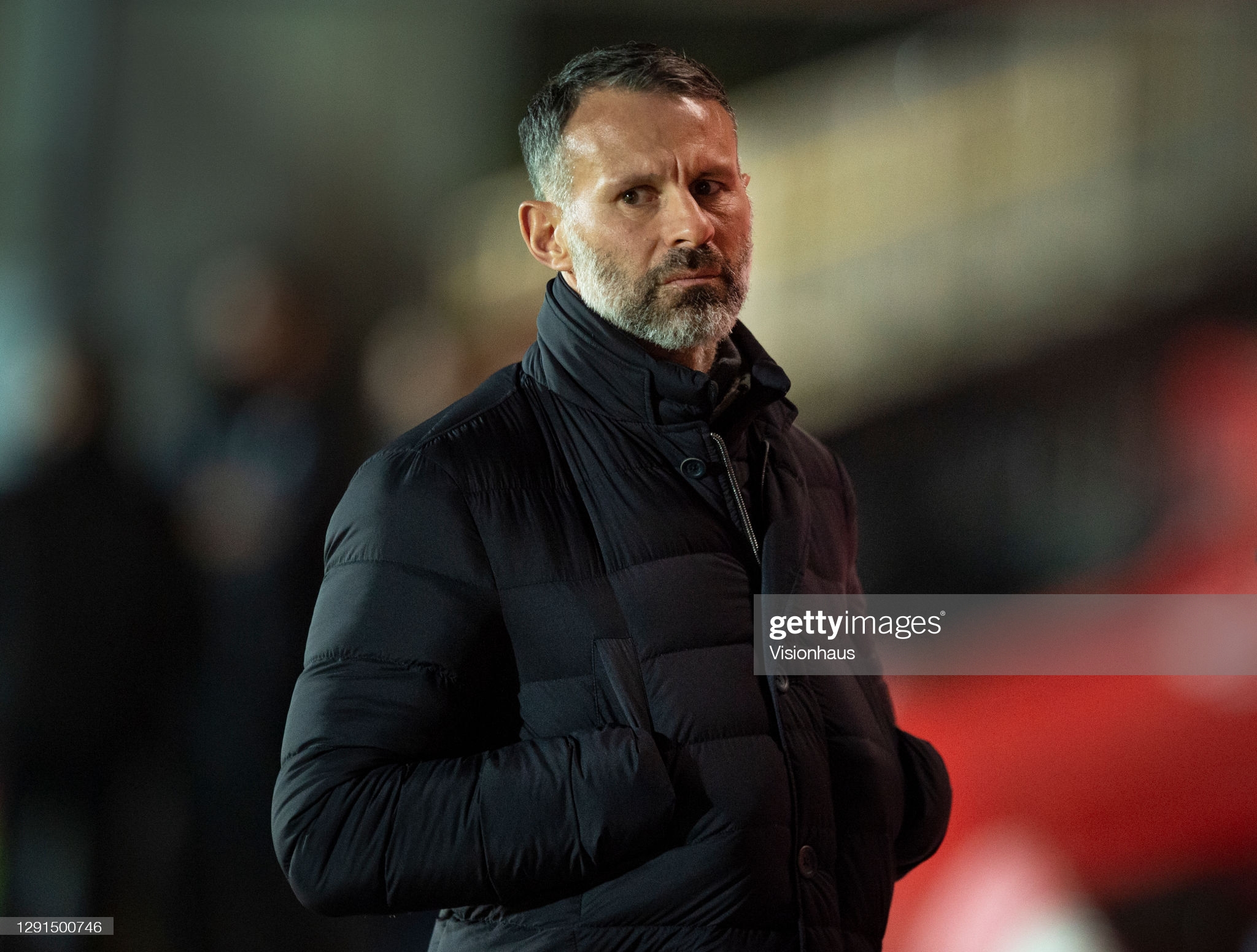 Two home wins from reaching the World Cup finals, seven games without a defeat, and 30,000-plus fervent fans ready to roar in Cardiff come March.

These are unprecedented times for the Welsh men’s national football side.

A squad that boasts experience and yet youthful exuberance, that’s laced with proven quality but also potential, that excites in attack and yet is resolute when needs must.

Underpinning all the lavish praise, of course, is a squad – shrewdly and expertly guided in recent months – that stands on the brink of ending a 64-year absence from the greatest sporting show on earth.

So, why then, does a lingering cloud still hover over the international game in Wales? Why, is current excitement and anticipation accompanied by an uneasy feeling of ambiguity?

The answer, of course, relates to the manager.

A term that still technically applies to one of the greatest talents our country has ever produced, albeit one which betrays the reality of Robert Page being solely in charge.

Wales Manager Ryan Giggs’ Trial Gets Put Back To August

Ryan Giggs was due to appear at Manchester Crown Court on Monday, accused of assaulting his ex-girlfriend, Kate Greville, and causing her actual bodily harm.

He is also alleged to have used controlling and coercive behaviour towards her, and has been charged with common assault after allegedly beating her sister, Emma Greville.

That trial has now been adjourned until August for reasons beyond the control of Giggs. As he waits, it appears the title of Welsh football manager will wait with him.

It should be noted he denies all charges, and it is not for us to make assumptions about an outcome which lies in the hands of our judicial system.

But what we can assert, is far as his role within the FAW is concerned, is it’s time for him to go.

It was 14 months ago when Giggs was arrested and duly asked to step aside from his role.

In that period, the side has moved on without him, with Page overseeing a run to the last 16 of the delayed Euro 2020 finals and a seeded spot for the afore-mentioned World Cup play-offs.

Do not underestimate a quiet bald man. . . especially when it’s Rob Page and Wales ⚽️⚽️

We think Page has done a top job but are you on the same PAGE as us ?

Over Wales’ past four games, the Czech Republic have been held in Prague, Estonia have been edged, Belarus been battered, Belgium been matched.

With every promising result that passes, the caretaker title that tags Page’s reign becomes that little bit more derisory.

The potential ramifications of sacking a manger for off-field misdemeanours, only for him to be cleared by a court of law, means the FAW dare not wield the axe.

The financial implications of such a scenario could prove huge.

They shouldn’t have to act, though.

The matter should now be taken out of their hands by a man who ought to now realise his attachment to the team is unhelpful.

Regardless of the outcome of the court case, he must be aware that the court’s decision to put the trial back to August simply prolongs the uncertainty. That uncertainty is like a dead weight the squad have to carry along with them.

Looks like Rob Page in charge of Cymru for the foreseeable after Ryan Giggs’s trial has been delayed again.

Pagey has been fantastic, long may it continue 💪

The FAW can’t cut it adrift. Neither can Page. Giggs can.

Regardless of the legal outcome of his case, the notion that Giggs could stroll back into his role after a nigh-on two-year absence is inconceivable.

Any disruption prompted by his departure has been settled, and new personnel has been moulded into the set-up without him. Nothing about Page’s current role is temporary, bar the job title itself.

Should he be the man deemed worthy of taking Wales into Euro 2024 – and World Cup qualification would surely cement that prospect irrespective of results in Qatar – then he deserves the clarity of the position full-time.

Should things go wrong with Austria, or against Scotland or Ukraine, and the FAW decides the answer lies elsewhere, then wheels would need to be put in motion.

As it stands, those wheels are clamped.

Calling for Giggs to resign is not about denying him a right to return. It’s about him denying Welsh football the right to move forward with conviction without him.

If the adverse publicity created by his current saga isn’t reason enough to step away, then the willingness to show respect to his players and colleagues should be.

March brings the prospect of back-to-back games which could define a generation of Welsh international football.

And yet until August, at least, the dark clouds hover.

At the peak of his powers as a player for Manchester United, Giggs had a genius for realising individual brilliance always had to be shaped for the good of the collective. The team came first.