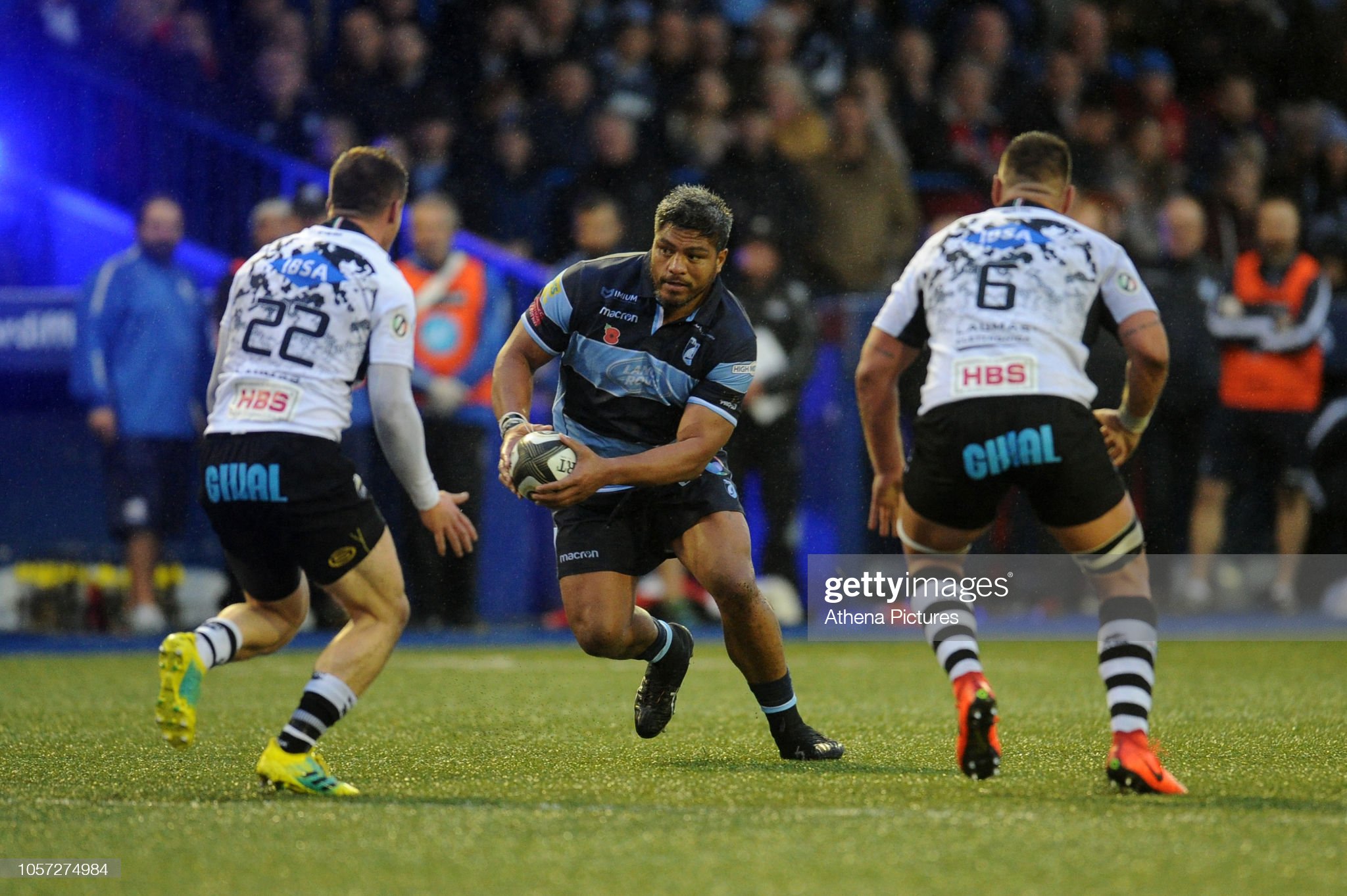 Nick Williams has his say on Cardiff Rugby.

By Steffan Thomas
Nick Williams’ globetrotting career might have come to an end, but the former Junior All Black is concerned with the direction his former club Cardiff are heading in.

Prior to his retirement in 2020 the gigantic No 8 experienced professional rugby in New Zealand, Ireland, Italy, and Wales, respectively. In total Williams represented the Auckland Blues, Munster, Aironi, Ulster, and Cardiff but it is the Welsh capital he now calls home.

Williams left an indelible impact at the Arms Park, and it is no coincidence Cardiff emerged victorious in 59 percent of the games he started, and only had a 14 percent win ratio when the New Zealander was absent.

The 38-year-old was also an integral part of the Cardiff side who won the European Challenge Cup in 2018 after an epic victory over Gloucester in the final in Bilbao.

That warm evening seems a lifetime ago with the current Cardiff side recently shipping 49 points at home to the Scarlets, and 69 points against Benetton. Williams insists the culture at the Arms Park must improve significantly if Cardiff are to bounce back next season.

Rugby is about the family … just after this Nick Williams tan in an awesome try @Cardiff_Rugby #Rugby #neath #wru pic.twitter.com/5zM9sZzGjI

“It’s all about the culture,” insists Williams.  “That’s where the buck stops.

“I don’t want to blow smoke up New Zealand but that’s the biggest difference I’ve seen between playing in Wales and New Zealand.  If you get the culture and get your own backyard right, then everything will just fall into place.

“The year where we won the Challenge Cup in Bilbao we put a lot of emphasis on culture, getting the behind-the-scenes work done, building a family like environment which we had under Danny Wilson and Matt Sherratt.

“They were 100 per cent with us and it paid dividends in the end. You have to build your team around culture, and then results on the field will take care of itself.”

Rugby remains a part of Williams’ life, and he mentors the young players at his local club Barry RFC, while he also works as a bodyguard.

Williams hails from Auckland, but he has made Cardiff his home, and is extremely passionate about Welsh rugby. Wales have recently come off a dismal Six Nations campaign which resulted in a first ever home defeat to Italy with the pressure mounting on head coach Wayne Pivac ahead of a daunting three-test tour of South Africa.

Williams believes Wales’ struggles at regional level is finally catching up with the national side. “It’s not a place Wales want to be this close to a World Cup,” he said.

“I do still speak to a lot of the players who are involved with Cardiff and Wales. They don’t go out there to perform badly, they are going through a tough period.

“All the struggles at regional level over the past few years has trickled up to the international level whereas up until recently Wales were very strong at test level.

“In the past the regions weren’t the best but because the international side was doing well everything was okay but now the cracks in the regional game is having a wider effect.”

One subject Williams is extremely passionate about is the future of the Pacific Island nations. The recent change in World Rugby’s eligibility laws has resulted in former All Blacks such as Charles Piutau and Malakai Fekitoa changing allegiances to Tonga.

And Williams, who has Samoan heritage, believes Fiji, Samoa, and Tonga can become big players on the world stage.

Lot of pool deciding games on that opening weekend. NZ vs Fra, Eng vs Arg, Wales vs Fiji etc. The knock out picture will be pretty clear just one weekend into the tournament baring some big upsets.

“It’s not just good for Pacific Islands rugby it is also good for world rugby,” said Williams. “Competition is always good for any sport.

“It is something that a lot of people have fought hard for. Coming from a Polynesian background our parents and grandparents sacrificed their lives to bring us through to New Zealand to give us a better life.

“This new law has allowed boys like Charles Piutau (Tonga), and Seta Tamanivalu (Fiji) to go back and represent their heritage which has always been our first passion.

“The people of the land are very happy, and it is really good to see it come to fruition. You want to see more competition because it brings in more viewers.

“I think it will make Fiji, Samoa, and Tonga very competitive on the world stage. Also, having Fijian Drua, and Moana Pasifika in Super Rugby can help push Pacific Islands rugby to a new level by exposing a lot of young talent to top class rugby.”