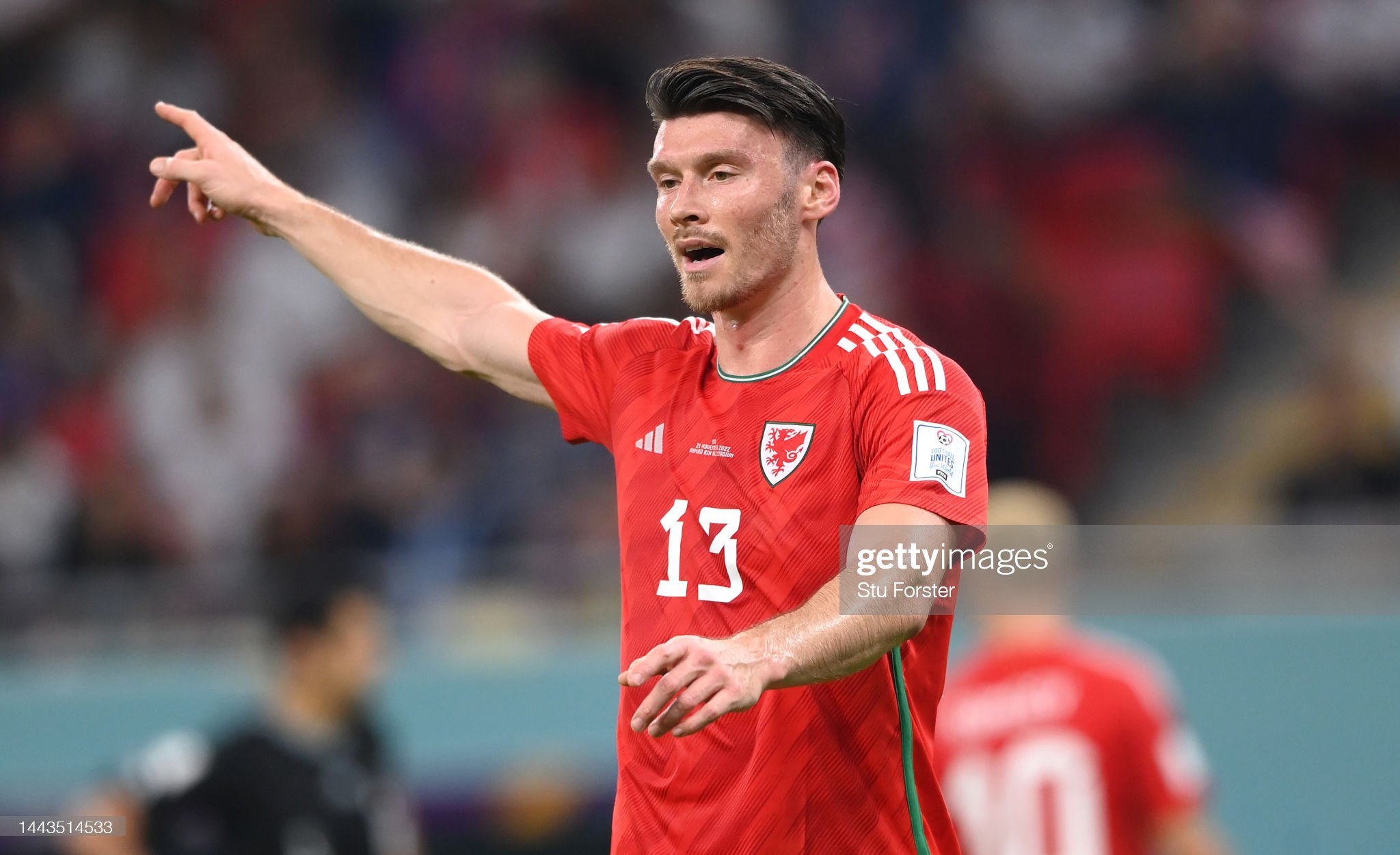 Kieffer Moore will be the key, if Wales are to defeat Iran. Pic: Getty Images.

Kieffer Moore can terrify Iran when Wales play their second match at the World Cup in Qatar on Friday.

That’s the prediction of former Wales striker Iwan Roberts, who was once a similar big, powerful target man for both club and country and became a folk hero at Norwich City.

Moore is now enjoying the same cult status with Wales fans, overjoyed and eternally grateful at the 6ft 5in forward’s dramatic impact when he came on and transformed Wales’ opening group match at the tournament, the 1-1 draw with the USA.

Now, Roberts reckons Moore can have the same influence from the start against Iran on Friday, in a match that is live on S4C.

“The Iranians will be very, very wary of Kieffer Moore and maybe a bit terrified of the unknown,” says Roberts.

“The goals he has scored for Wales and Bournemouth and the impact he had against the USA should justify them being wary.

Love it The Barry Horns. Fantastic reception 🏴󠁧󠁢󠁷󠁬󠁳󠁿 myself, my family and friends loved it https://t.co/TdIIoURLdu

“Players here at the World Cup are not used to someone who holds the ball up, lays it off, and then gets to the back post. He’s a dying breed.

“These days, defenders don’t have to face that too often. They are not used to it. He is so strong that even defenders who are big themselves find it hard to deal with.”

Roberts – a bustling target man in his day who smashed 230 goals – insists there is far more to Moore than just his size, power and aerial ability.

The Wales forward – who inspired his country to come from a goal down against the Americans to equalise through Gareth Bale’s penalty – is a genuine all-round threat, says Roberts.

“People often say, ‘good feet for a big man’ – but I used to hate that expression. Why shouldn’t a big man have good feet?

“People used to look at Peter Crouch and call him all sorts of names. But he was a top class centre forward.

“He had good feet, but he didn’t have the same mobility as Keiffer does.

Neco Williams faces the Red Wall while the penalty was being taken. He was like most of us and couldn’t bear to watch pic.twitter.com/NV6UTNRszu

“He is quick for someone who is 6ft 5in. If you combine all those attributes – pace, good movement, mobility, aerial power, finishing ability – then you have a real threat.

“He is a point of difference to Wales. He knows what his strengths are and he doesn’t over-complicate things. Kieffer knows what he’s good at.

“Over the last three years, he has grown in confidence. He had a great first season at Cardiff and scored 20-odd goals. He’s now playing for Wales and has a great record of nine goals in 29 caps.”

Roberts admitted he was shocked when he saw Wales manager Rob Page’s team sheet for the opening match and learned Moore was not in the starting line-up.

“No disrespect to Harry Wilson but I was stunned that he was starting and Kieffer Moore wasn’t because Harry has had injuries,” adds Roberts.

“Now, I expect Kieffer will be one of the first names down on the team sheet against Iran. He has to start.

“When you have someone in the form Kieffer is, you’d be daft not to use him.”

Should Moore help Wales to a first victory of the campaign then Page’s side will have taken four points from their opening two games and be handily placed to make the quarter-finals.

A win would pile the pressure on the USA who have to face England later on Friday.

Roberts says he would take the narrowest of victories and urges Wales to disregard those suggesting this match against the Iranians should be a chance to rack up goals, just because Iran lost 6-2 to England.

“People say we need to improve our goal difference, but I would take 1-0. Get three points and put the pressure on the USA. Hopefully, England will smash a few past the Americans.

“Iran will still believe because if they beat us, they are right back in contention in this group.

“If you miss out with four points, then you will be really unlucky.

“But if you had offered me that position after two games before I had got to Qatar, I would have snapped your hand off.”

Live coverage of the match between Wales and Iran in the 2022 FIFA World Cup, from the Ahmad bin Ali Stadium in Al Rayyan, Qatar.