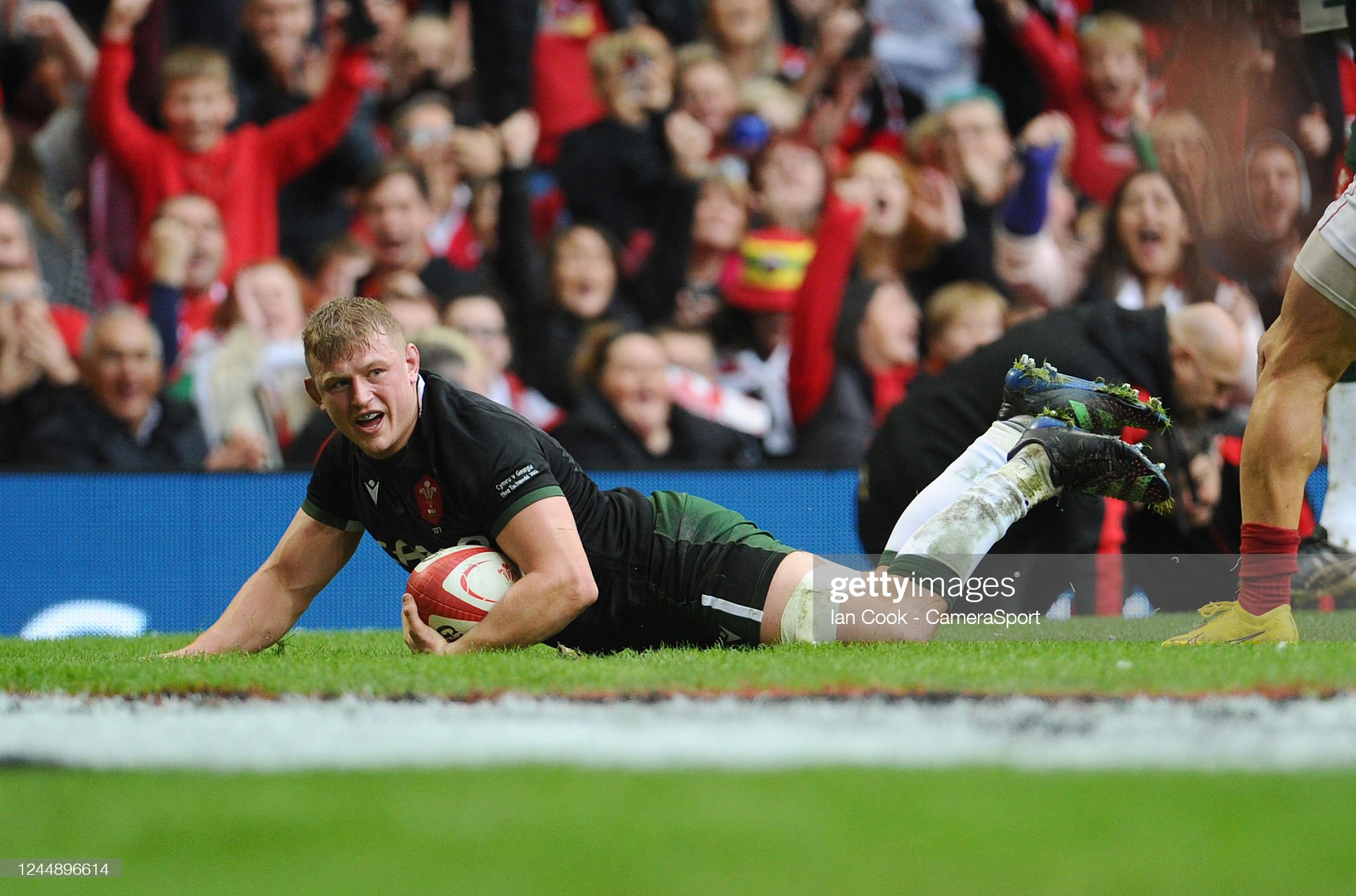 Jac Morgan has been tipped to rise to the top. Pic: Getty Images.

Jac Morgan has been tipped as a future contender for the role of Wales captain by former Wales coach Mike Ruddock.

Morgan has been one of the few shafts of light in a dark autumn for coach Wayne Pivac, whose team end their November catalogue against Australia on Saturday.

Ospreys flanker Morgan, just 22, has brought power and authority to the Wales back row over the past month and will line up against the Wallabies alongside skipper Justin Tipuric and Taulupe Faletau.

Ruddock – now development director at the Ospreys and the man who delivered the Grand Slam of 2005 – reckons Morgan has been the find of the autumn and can underline that status against the Aussies in a match that will be shown in extended highlights form on S4C.

“I think Jac Morgan has the potential to just keep growing and improving,” says Ruddock.

“He is performing at a high level already, but he is the sort of lad that if a coach puts his arm around him, he will grow six inches in confidence.

Jac Morgan is some player!

Can’t wait to see him play in the backrow with Tipuric!

“He is definitely a guy who earns respect, he gives everything on the pitch and on the training pitch, I am sure anyone would follow him.

“I think he will definitely grow into a formal role, whether that is the breakdown leader, or whether it is a more formal role with a name to it like vice-captain or even captain.

“Things will come to him over time, if the coach puts his faith in him, I’m sure Jac can go to a completely new level.”

It was only five months ago that Pivac left Morgan at home before the tour to South Africa, claiming the flanker lacked size and power over the ball at the breakdown.

That verdict left a lot of knowledgeable rugby folk bemused but what has really impressed Ruddock is the manner in which Morgan has answered those doubts placed against him.

“He had a setback, having not made the squad that travelled to South Africa, but I think that Jac (Morgan) has responded to that situation superbly.

“He has definitely shown Wayne what he can do, and how much he wants that jersey.

“He has definitely just let his rugby do the talking and it is great to see him perform like that in a Welsh jersey.

“He is still a young fella and without realising it, he has got fantastic leadership qualities already. People will follow a guy like that.”

The pressure is on Pivac after the heavy defeat to New Zealand and the shock loss to Georgia last week that left his critics sharpening their knives.

That means the New Zealander goes into this weekend needing a victory to stop those critics pointing to a record of just three victories in 11 games this year.

Overall, Pivac’s record over 33 Tests in charge stands at 19 losses, 13 wins and one draw.

All of which makes former Scarlets forward Morgan’s emergence the more precious for the New Zealander as he bids for a southern hemisphere scalp.

Ruddock, himself a former blindside flanker of similar build to Morgan, adds: “I missed his development through the junior ranks, but I had heard a lot about him.

“When I heard the Ospreys, senior team were looking at signing him, I thought it was an exciting move. And when I saw him, I could see why his reputation was so high.

“He is fearless, he gets over the ball and he is incredibly strong over the ball. He is very technical about his work as well; his decision making is excellent.

“He has got a bit of everything to his game, he can score you tries, he is a good footballer, and he is a very smart defender.

“I think he will do very well against Australia. He is an intellectual jackler, he is able to pick and choose when to make the biggest impact.

“I really like his decision-making in that area, he is very consistent, and he is able to recognize that the picture can change very quickly and can anticipate, and his vision is excellent.

“I coached Josh van der Flier at Under 20s with Ireland. Josh was always a very smart player and he has been able to add some really nice things to his game and some great decision making and he has now become World Player of the Year.

“ That only happened when he was able to have a run of games for Ireland.

“You can only imagine, but since the coaches said it looks like you’re the man for the No. 7 spot, his game has gone to another level.

“If Jac is afforded that same confidence, support and opportunity, I am sure he can take it to another level again.”

Extended highlights of the match between Wales and Australia in the Autumn Nations Series, which was played at the Principality Stadium.