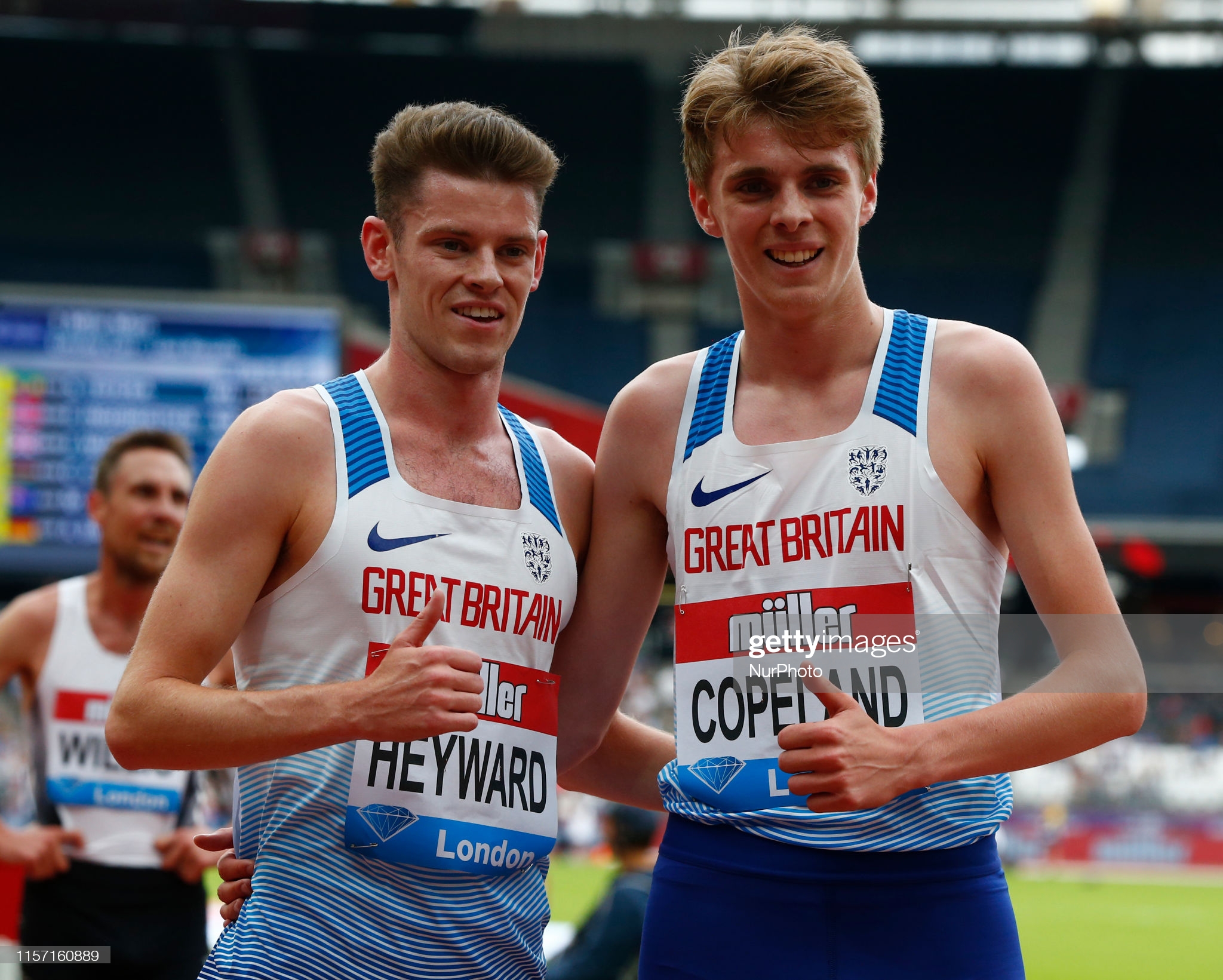 Jake Heyward and Piers Copeland will both line-up in mile race in Gateshead. Pic: NurPhoto via Getty Images

Tokyo Olympics-bound Jake Heyward and Joe Brier, along with new European Under-23 champion Jeremiah Azu will be part of a large Welsh contingent at Tuesday’s Wanda Diamond League Meeting in Gateshead.

Cardiff athlete Heyward will round off his racing preparations for the 1500m in Japan by taking part in the Emsley Carr Mile alongside fellow Welsh athlete Piers Copeland.

Heyward goes into the race on the back of new personal bests over 800m and 1500m, which also broke the Welsh record and helped secure his place in Tokyo along with a third place finish at the British Athletics Championships and Olympic trial.

Cardiff-based Copeland has also clocked PBs over 1500m and 800m this season, the latter as he came third in 1:45.77 at the Stockholm Diamond League meeting earlier this month.

Heyward’s Olympic team-mate Brier will be taking part in a 400m race at Gateshead featuring an all-British field.

Swansea Harrier Brier, who flies to Tokyo as a travelling reserve for the 4x400m squad, is joined in Tuesday evening’s line-up by fellow Wales and Great Britain international Owen Smith, of Cardiff Athletics.

The men’s team will include Cardiff sprint sensation Azu, who cruised his way to 100m gold at the European Under-23 Championships on Friday night, having clocked the second fastest time by a Welsh athlete in the heats.