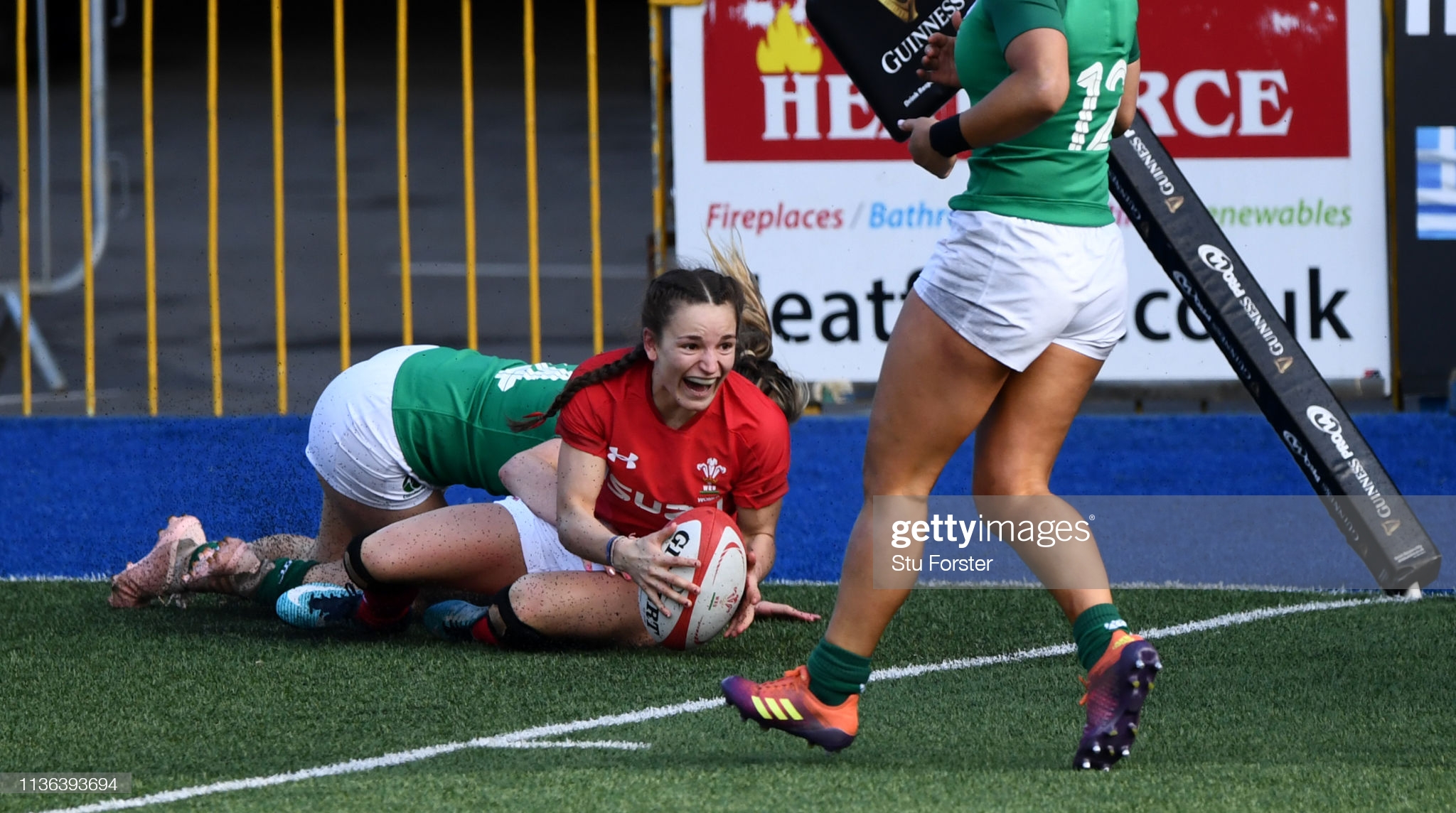 Olympian Jasmine Joyce is helping raise standards in the Wales Women’s team that open their Six Nations campaign this weekend, according to coach Warren Abrahams.

Joyce – who was a star of the Great Britain Sevens side at the 2016 Olympics in Rio de Janeiro – has been training with the current Olympic squad alongside fellow Wales international Hannah Jones.

“It’s been great having those two back in the squad after the GB camps,” said Abrahams, who has included two new caps in his team to start the tournament against France in Vannes on Saturday.

“You can see the other players are raising their game as a result of being around them and by nature, they are demanding high standards of themselves and the environment.”

Saracens prop Donna Rose and Sale scrum-half Jess Roberts will make their international debuts out in France, while Sale second row Teleri Wyn Davies will make her first start for Wales in her second appearance.

Exeter scrum-half Megan Davies, who has been called up to the Six Nations squad to replace Keira Bevan, who has been ruled out with a leg injury, will also make her international debut if she comes off the bench.

Robyn Wilkins will make her first Wales start in the full-back position, while in another positional switch, Robyn Lock will mark her international bow at hooker if she comes off the bench, having converted from back row with her club Gloucester-Hartpury this season.

Abrahams added: “We’re excited to get on the pitch and show what we can do. The team is selected on form following some impressive performances in the Allianz Premier 15s.

“Jess gives us a great platform to execute our game plan at scrum-half, while Donna and Teleri have really impressed for their clubs and in training too.

“We have had some disappointment in terms of injuries to the likes of Keira Bevan and Kayleigh Powell in the backs but that also gives other players opportunities.

“Meg Davies has impressed with Exeter and is ready to take her opportunity. I’m sure full back isn’t Robyn’s preferred position but it’s something she’s prepared to do for the team.

“That is key – the team comes first. Whether you are starting, on the bench, or in the wider squad, every player knows what they need to do to ensure the team is in the best possible place for those 80 minutes.”