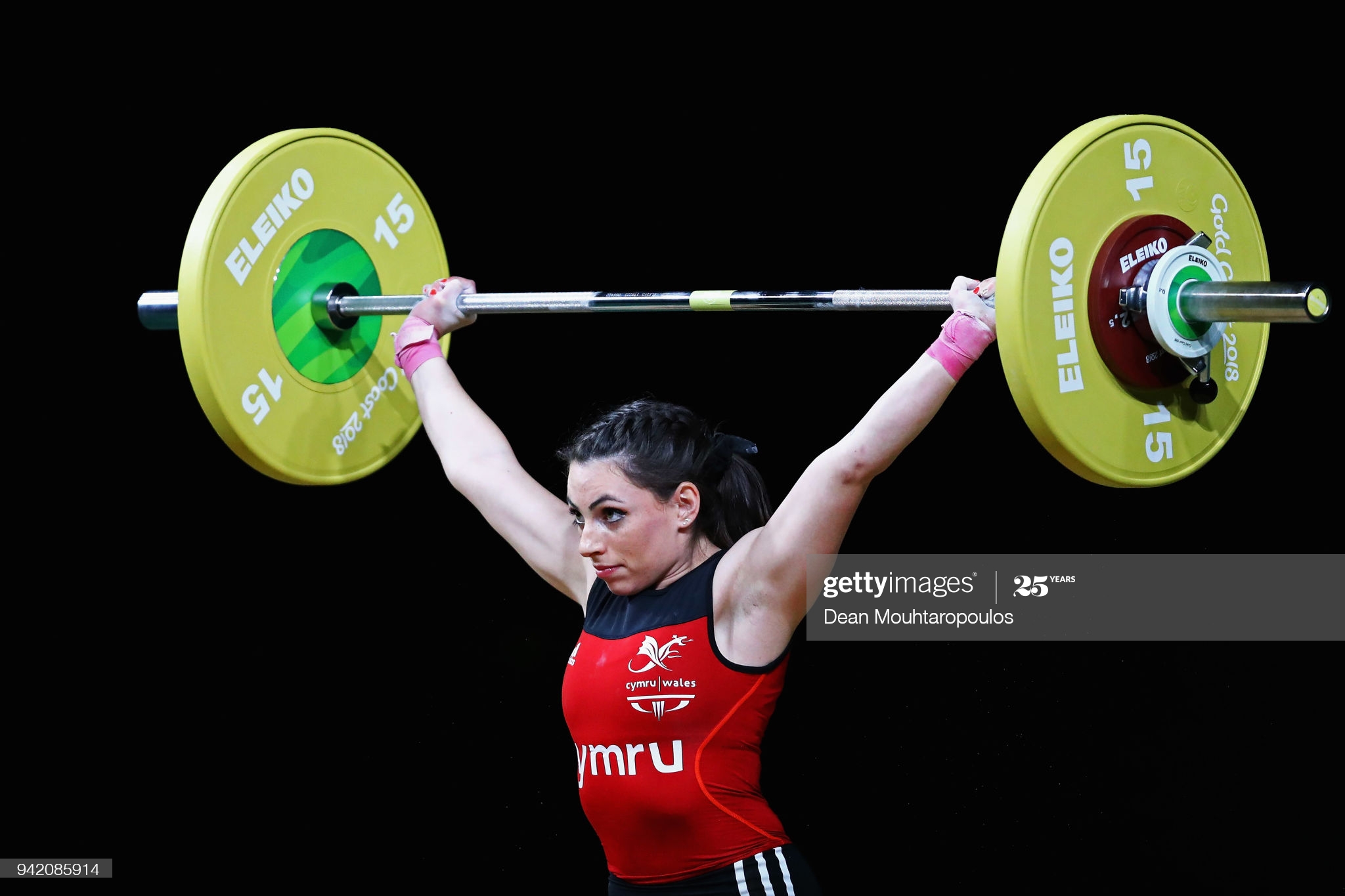 Welsh weightlifter Hannah Powell should have been in Moscow this month for the European Championships as the next stage towards a medal mission at next year’s Commonwealth Games. Instead, she’s still in Bangor, but her coach says good things come to those who wait – especially in weightlifting – as he tells Graham Thomas.

Hannah Powell is still on course for the podium at next year’s Commonwealth Games, despite more obstacles she will have to lift from her path.

Wales’ national weightlifting coach Ray Williams is convinced British record holder Powell can make the medal ceremony in Birmingham next year, even though some of the stepping stones have been removed.

Powell was to have been part of a Welsh contingent within a Great Britain team heading to Moscow in April for the European Championships.

But with travel and competition restrictions proving difficult to overcome, the decision was taken to only send a small team of two or three lifters who will use the tournament as preparation for the delayed Olympics later this year.

It means Powell – who would have competed in the 48kg category – must now look instead to the British Championships in June, along with the Commonwealth Championships in Singapore later this year to pencil herself in for Birmingham.

Moscow would have been a welcome return to face-to-face competition for the likes of Powell and other member of the Wales elite squad such as Catrin Jones, Jordan Sakkas, Gareth Evans and Mike Farmer.

Watch Hannah Powell of Wales record a total of 128kg in the Women’s 48kg category to finish 10th at #GC2018 #GC2018Weightlifting pic.twitter.com/q3CAoBz2nu

They have recently had to make do with virtual on-screen competitions, but Williams supports the decision to scratch the Russia trip.

“Firstly, after the notification that the event was going ahead there was not a lot of time to get our lifters into competition shape,” says Williams, for so long the Bangor-based mastermind behind Welsh weightlifting success.

“But more than that, there were issues around getting visas for Russia, issues around risk mitigation with the Covid restrictions and other new protocols, that it just became too onerous a task to actually send a team.”

Powell, though, has got used to setbacks after an injury-plagued couple of years that saw her dislocate her elbow in 2017.

The 28-year-old went to the Gold Coast Commonwealth Games in 2018 – where her partner Evans won Wales’ first gold medal of the Games – but was taken along to gain experience more than anything, as injury had denied her a serious shot at the silverware.

She finished 10th, but was never able to challenge the medal winners. This time, says Williams, things could be very different in the city where Powell grew up and was introduced to weightlifting.

He adds: “Hannah had an annus horribilis in 2017 when she broke her elbow. We got her out to the Gold Coast to make sure that she took part in a multi-events competition – so that she could feel the atmosphere and taste what it was all about.

“This time she will go as real medal potential. She has got no chance against the Indian lifters, because the Indians are in a different league for different reasons, but Hannah could certainly win a silver or a bronze medal.

“If the cards fall in her favour, then she is very capable of getting on that podium.

“To be at your best as a weightlifter, you have to wait until you reach your late 20s. So, everything indicates that she is getting to the stage where she will lift her best weight so far when she gets to Birmingham.

“She’s in a good place. She will make a PB by about seven kilos next time she lifts. My projection for her would be around 170kgs at the Commonwealth Games. Last time, 155kgs won a bronze, so she is well up on that path, although injuries can always be an issue.”

Williams believes Team Wales will take a smaller weightlifting squad to Birmingham in 2022, than went to Australia three years ago, but he is convinced there is every chance they can equal or even surpass the gold won by Evans and bronze picked up by Laura Hughes.

Powell and Jones are likely to be challenging for medals, thinks Williams, and there could be others, including Evans, even though the defending 69kg champion would be 36 years old by the time the Games comes around.

“Gareth is making form and he’s capable. I would be surprised if he’s not there.

“In all, about 36 lifters signed an expression of interest for the Commonwealth Games. That’s exciting for a small country because a lot of them are young.

“We have won a medal in every Games since 1954, except for 1958, so there’s fine tradition to uphold. Gareth won the first gold medal at the Gold Coast and that started things off.

“I think we could win two – and with a stretch, maybe three medals in Birmingham.

“When you line up Wales against England, Australia, Canada, then for a small nation we punch well above our weight.”