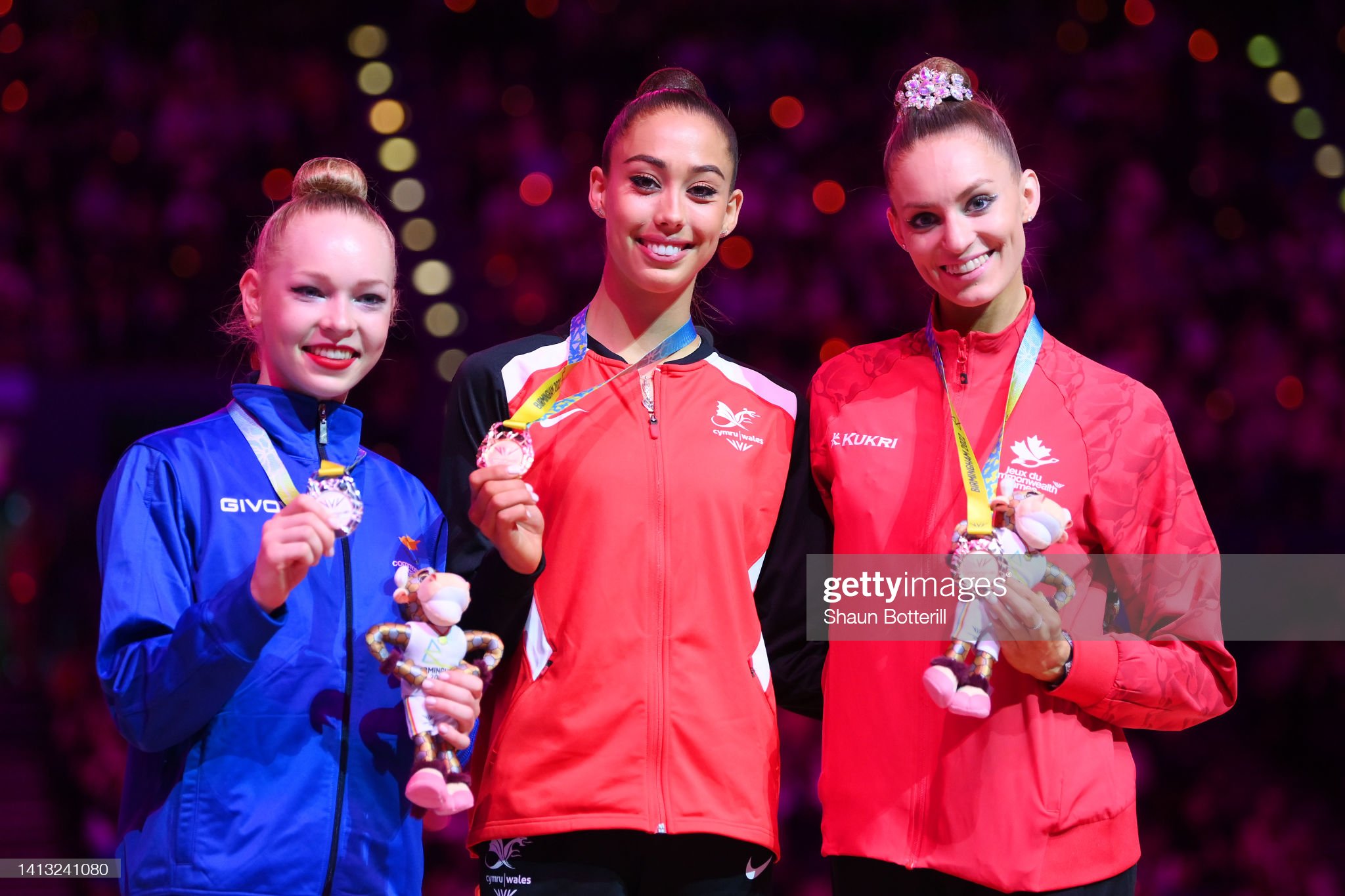 BIRMINGHAM – Comments from Gemma FRIZELLE (WAL) after winning gold in the hoop final at Arena Birmingham on Saturday.

On her mum getting emotional as she was interviewed in the crowd after her gold medal performance:
“I’m not surprised as she is a very emotional person. She has been through this journey with me so she knows the struggles I have had to go through.”

On her difficulties getting to Birmingham 2022 Commonwealth Games:
“I have had a lot of injuries in my career so training hasn’t always been easy.

“But a few weeks ago I found out that I had quite a major injury in my back.

“I only started bending a few days before the competition which isn’t ideal in gymnastics.

What a routine and what a result for Gemma and Team Wales. An outstanding achievement!#B2022 @WelshGymnastics pic.twitter.com/Ues004B5Xv

“I’m still injured, but just working through it. My physios have been amazing. They wouldn’t let me do anything I wasn’t able to do.”

Gemma Frizelle, from @LlanelliRGA, is the first Welsh gymnast to win the GOLD medal in Hoop at a Commonwealth Games

Llongyfarchiadau to Gemma, her coaches & all of the support team that made this achievement possible #B2022 #TeamWales pic.twitter.com/BZJ87q3QrR

On the song for her performance (Luciano Pavarotti’s Nessun Dorma) being her mother’s favourite song:
“For years and years, since I started competing, every time I’ve got a new routine she’s begged me to have that as my music.

“I’ve refused every time but finally I gave in this year. It was a surprise for her as I didn’t tell her until the first competition she came to watch.

On what she was thinking during competition:
“Judging by my coach’s reaction I knew it was a good routine as she was crying.

“I knew it was a good score but it was just waiting for everyone else to go. It was really nerve-wracking.

“I didn’t ever expect this. I can’t believe it to be honest.”