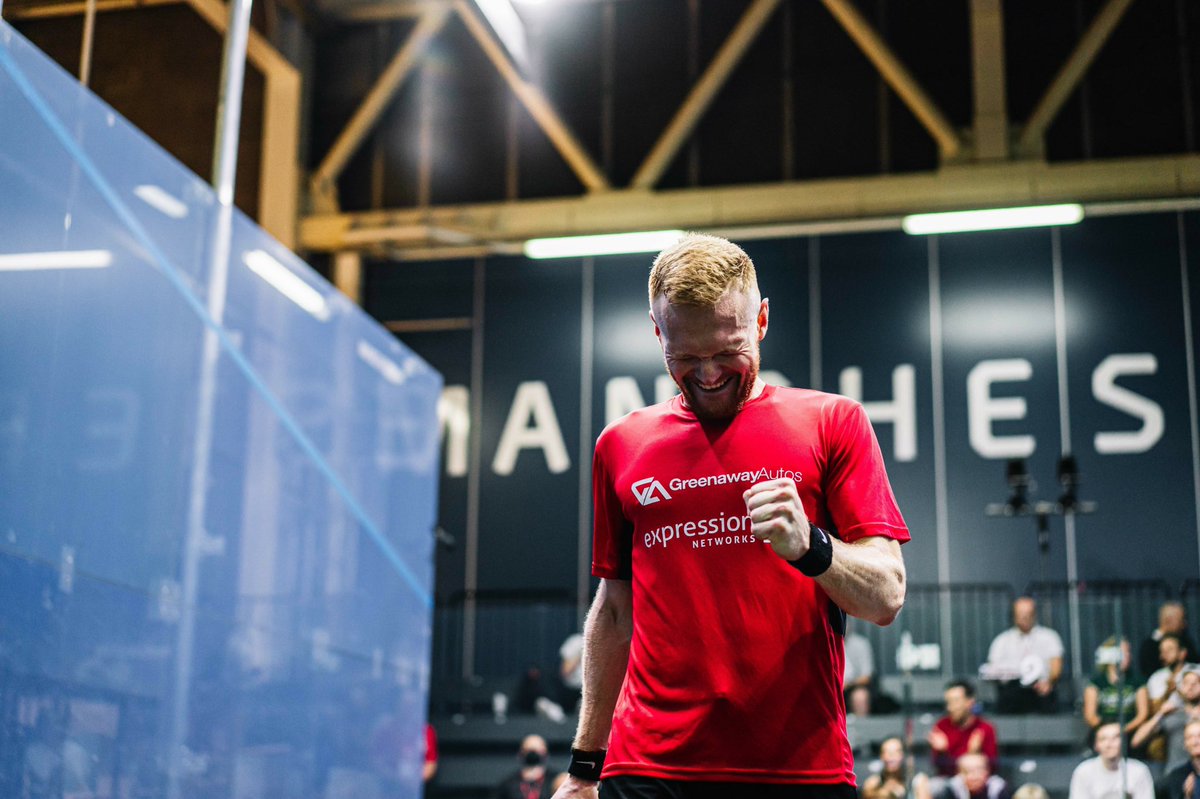 Joel Makin will go into next week’s British Open boosted by a runners-up spot at the Manchester Open.

Wales’ world number 10 – who became the first player from Wales to triumph at the British Nationals two weeks ago – continued his rich vein of current form at the tournament but was edged out in the final by Peru’s Diego Elias.

“I’ve enjoyed it, this week was good, I got through a couple of tight matches, a couple of 3-2s which were really tough back to back.

Fantastic week at the Manchester Open @JoelMakin and will give you huge confidence for the British Open next week. Congrats to @diegoelias96 on his performance tonight

“Diego was quality today, he was working me, he was out-positioning me to be fair. I left it all out there and couldn’t have done any more. I thought I was trying to play tactically right but I didn’t quite get it right.”

Makin had spent over 450 minutes on court over the past two weeks throughout both this tournament and last week’s British Nationals – which he won at the same National Squash Centre venue – and he pushed Elias all the way to a tie-break in the opening game.

But Elias converted and drained Makin’s energy over the course of the next two games with some well-constructed rallies, and he was duly awarded with a 12-10, 11-6, 11-6 victory in 59 minutes.

It was Elias’s eighth PSA title, in only his second PSA event of the season following a seven-month spell on the sidelines due to a hip injury.