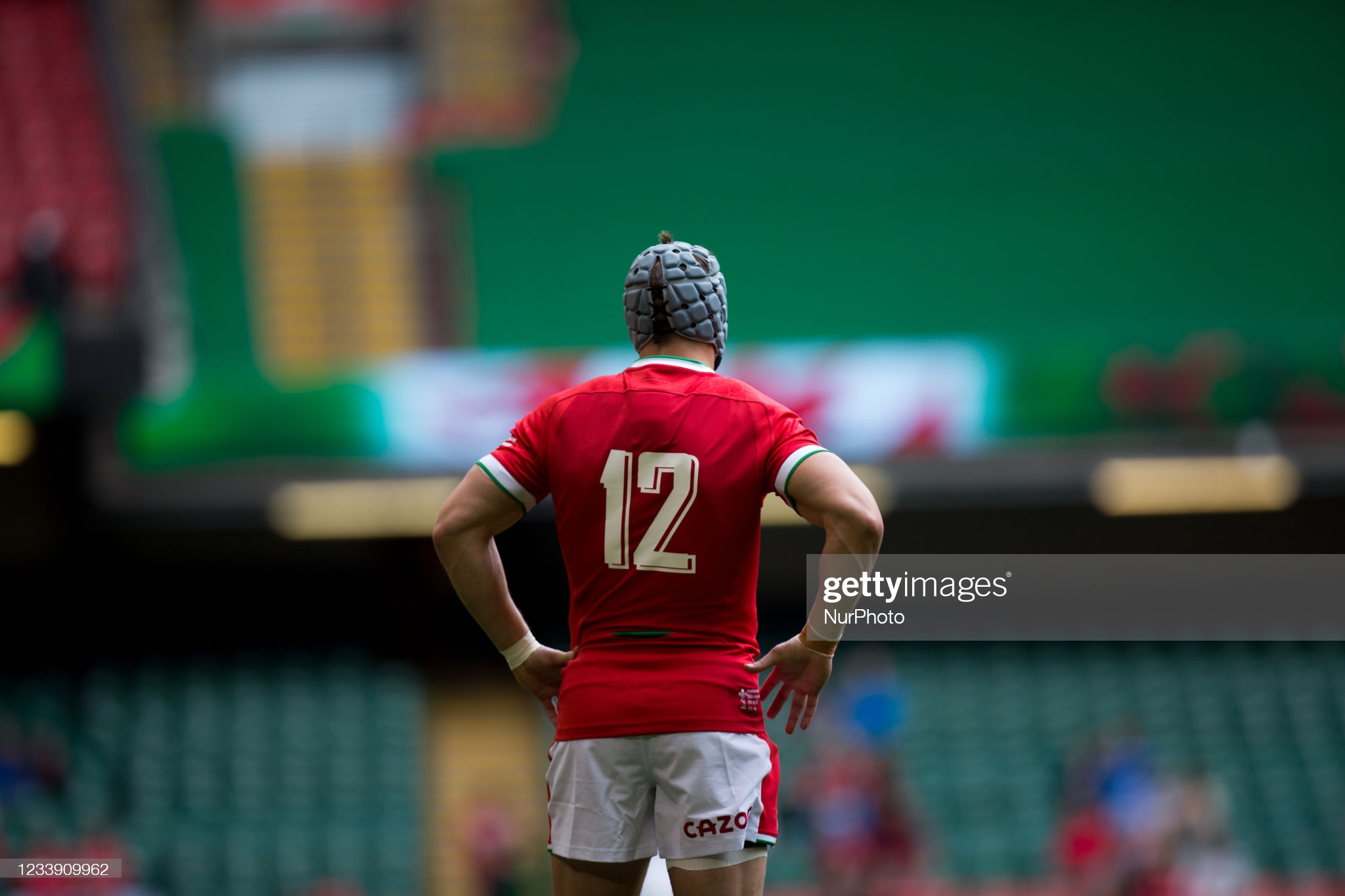 Conme in No.12. Your time is up. Wales centre Jonathan Davies. Pic: Getty Images.

Wayne Pivac insists he has not left Wales and Lions star Jonathan Davies stranded on 99 caps.

Scarlets centre Davies was left out of the Wales squad to face Australia on Saturday, but Pivac moved quickly to dispel suggestions that the 33-year-old’s Test career is already over.

Davies does not feature among the replacements, with flanker Ellis Jenkins continuing as captain at the Principality Stadium.

Davies is currently on 99 Test match appearances for Wales and the Lions – 93 of those have been earned with three feathers on his chest – and any chance of hitting the century landmark will have to wait until at least the Six Nations later this season.

But Pivac  insisted: “He is hungry. He’s just as hungry as if he had one or two caps.

“He desperately wants to play for his country. He knows he has got more to give. He will go back to club rugby and look to force his way back into the (Wales) side.

“I had a good chat with Jonathan. Obviously, he would love to be out there playing.

“We wanted to have a look at Willis (Halaholo) earlier in the autumn but we weren’t able to because of the Covid situation.

“He came off the bench last week and did a lot. We want to see him in his first start to see how he goes.

“We think he has earned the right to start, and Nick played well last week, so we will go with that combination,” added Pivac.

“There is a big difference between dropping and rotating. Jonathan hasn’t been dropped, but we want to have a look at Willis and also Josh (Adams) in midfield.

“So there is no place for Jonathan because of what we wanted to look at in midfield. Hopefully that explains that.”

Pivac believes victory over Australia on Saturday would mean injury-hit Wales could reflect on a “successful” Autumn Nations Series campaign.

Wales have more than 15 players unavailable – including a number of British and Irish Lions – for the Wallabies’ visit to the Principality Stadium.

And even after naming his team to face Australia, Wales head coach Pivac still requires final confirmation on the availability of two planned starters in wing Josh Adams and prop Tomas Francis.

Adams missed the victory over Fiji last weekend due to a calf muscle issue, while Francis was concussed during training last week.

“We’ve named him (Adams) on the basis he will come through training (on Thursday),” Pivac said.

“We’ve been advised that he should.

“I am hoping like everyone else that he comes through because he is an important part of our side.”

And on Francis, Pivac added: “He is seeing an independent consultant this evening (Thursday), so he hasbeen named on the proviso that he comes through that process.

“Failing that, we have obviously been training with Plan B all week.”

Assessing the autumn campaign as a whole – Wales suffered contrasting defeats against New Zealand (54-16) and South Africa (23-18) before beating Fiji – Pivac said: “We have lost senior guys that would hurt any side.

“But it is great opportunities for guys, and some have come in and done very, very well. That has been a massive positive.

“To come up against the world champions (South Africa) in conditions that suited them, that was a huge effort from our players, particularly the forward pack, who are probably the most damaged in terms of loss of experience.

“And then to turn around and play that game against Fiji, which was always a very difficult and physical opponent.”

Jenkins is joined in the back-row by a fit-again Aaron Wainwright and Taine Basham and there is a recall for Lions prop Wyn Jones, who packs down alongside Ryan Elias and Francis.

“Australia have been on the road for a while now, the series they had down south and a couple of losses in the last couple of games,” Pivac said.

“They’ll be hurting from that and they’ll want to finish their tour on a high note, as we’d like to finish our campaign on a high note. It bodes well for a pretty interesting fixture.

“[Wallabies coach] Dave Rennie brings a physical approach to the game and we certainly expect that from the Australians but we have to be able to match that and impose ourselves on the game.

“It’s going to be an enthralling encounter I think and a great way to finish a series. We’re really looking forward to Saturday.”