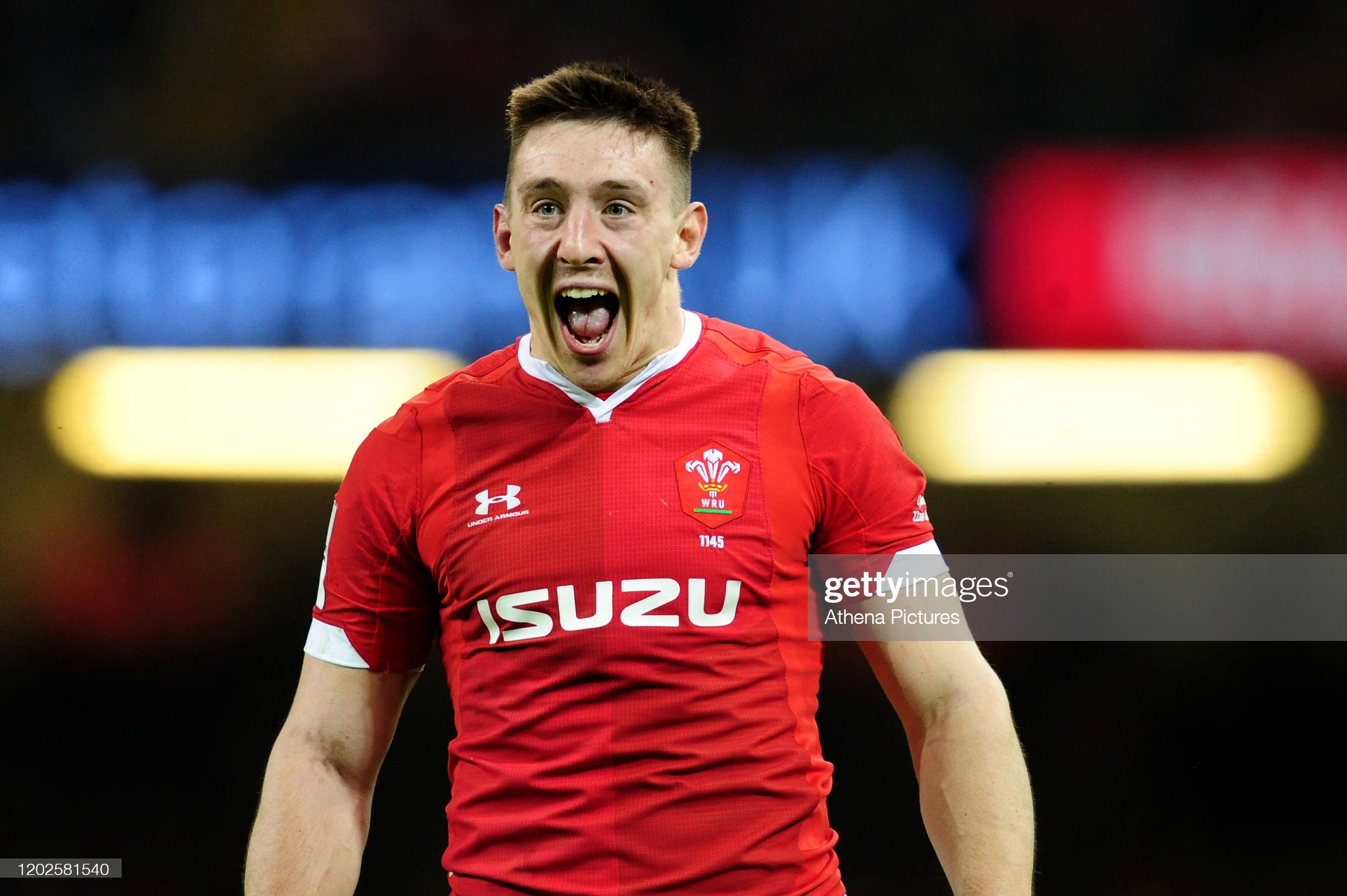 Wayne Pivac insists if Josh Adams can make the same impact as George North after his move to centre, then Wales will be well served against Ireland on Saturday.

Adams will make his first Test match appearance in the centre  in Saturday’s Guinness Six Nations opener after 35 Wales starts as a wing.

Adams, who was top try-scorer at the 2019 World Cup, would have featured there in the Autumn Nations Series appointment with Fiji this season, but he suffered an injury during the warm-up and did not start.

“He has trained there (outside centre) quite a bit, and it is something we are excited to have a look at,” Pivac said.

“We wouldn’t do it unless we thought he could do a job. He has played there for Cardiff.”

North, who is among a number of injured British and Irish Lions currently unavailable to Pivac, made an identical switch with considerable success for last season’s Six Nations title-winning campaign.

Pivac added: “They are different players, but if he has any sort of impact like George, we will be very pleased.

“George hadn’t played there much either, and he made a pretty good fist of it.

Wales fans, here is your team to face Ireland on Saturday! 🏴󠁧󠁢󠁷󠁬󠁳󠁿📋 pic.twitter.com/z8cAFibKgA

“It is a position where you need a lot of pace, not only with the ball but also without it.

“Josh is strong in the contact area and a good defender. We are excited to see him go. Hopefully, the conditions are such that we can move the ball around and get it into his hands in good positions on the park.”

Saracens’ Nick Tompkins will partner Adams in midfield, while there are also starts for wing Johnny McNicholl and flanker Taine Basham, with uncapped Ospreys hooker Dewi Lake among the replacements.

Flanker Ross Moriarty, who has recovered from a shoulder injury suffered against New Zealand in October, is also on the bench and poised to win his 50th cap.

But there is no place in the matchday 23 for centre Jonathan Davies, who has made 99 Test match appearances for Wales and the British and Irish Lions.

Wales have claimed a solitary victory from their last seven visits to Dublin’s Aviva Stadium, and they will encounter an Ireland side fresh from toppling New Zealand just over two months ago.

“They (Ireland) are very powerful, aren’t they? They had a very good autumn,” Pivac said.

🏴󠁧󠁢󠁷󠁬󠁳󠁿 WALES | @WelshRugbyUnion head coach Wayne Pivac has named 4️⃣ Dragons in his team to face @IrishRugby at the Aviva Stadium in the opening round of the 2022 @SixNationsRugby! 🙌

“They built on the last Six Nations and how they finished that competition, and they haven’t really looked back since.

“They are moving a bit more ball than they probably have in the past, which makes them a bit more dangerous. They have obviously got a power game they can use, but there is a bit more width in their game now.”

Tshiunza, 20, won two caps as a replacement during the autumn.

Wales will return to Cardiff next week and an appointment with Scotland in the first of three Six Nations home games this season.

The Welsh Rugby Union has moved to curb alcohol-related disorder by ordering the bars to be closed during the second half of this year’s home fixtures against Scotland, France and Italy.

The decision came after the WRU addressed reports of anti-social behaviour during the Autumn Nations Series games earlier this term.

The WRU said a number of high-profile incidents, including two intrusions on to the pitch in consecutive games, were accompanied by some reporting of poor behaviour at the 74,000-seater venue.

Pivac said: “The incident (pitch intrusion) we are talking about against South Africa was when Liam Williams thought he had a pretty good chance of scoring a try. It is what might have been.

“Get there nice and early, have some fun, but enjoy yourselves in the right way.”

Wing Mack Hansen will make his Ireland debut after the Australia-born back scored six tries in nine appearances for Connacht since joining from Super Rugby side the Brumbies last summer.

James Ryan has recovered from injury and will join Tadhg Beirne at lock.