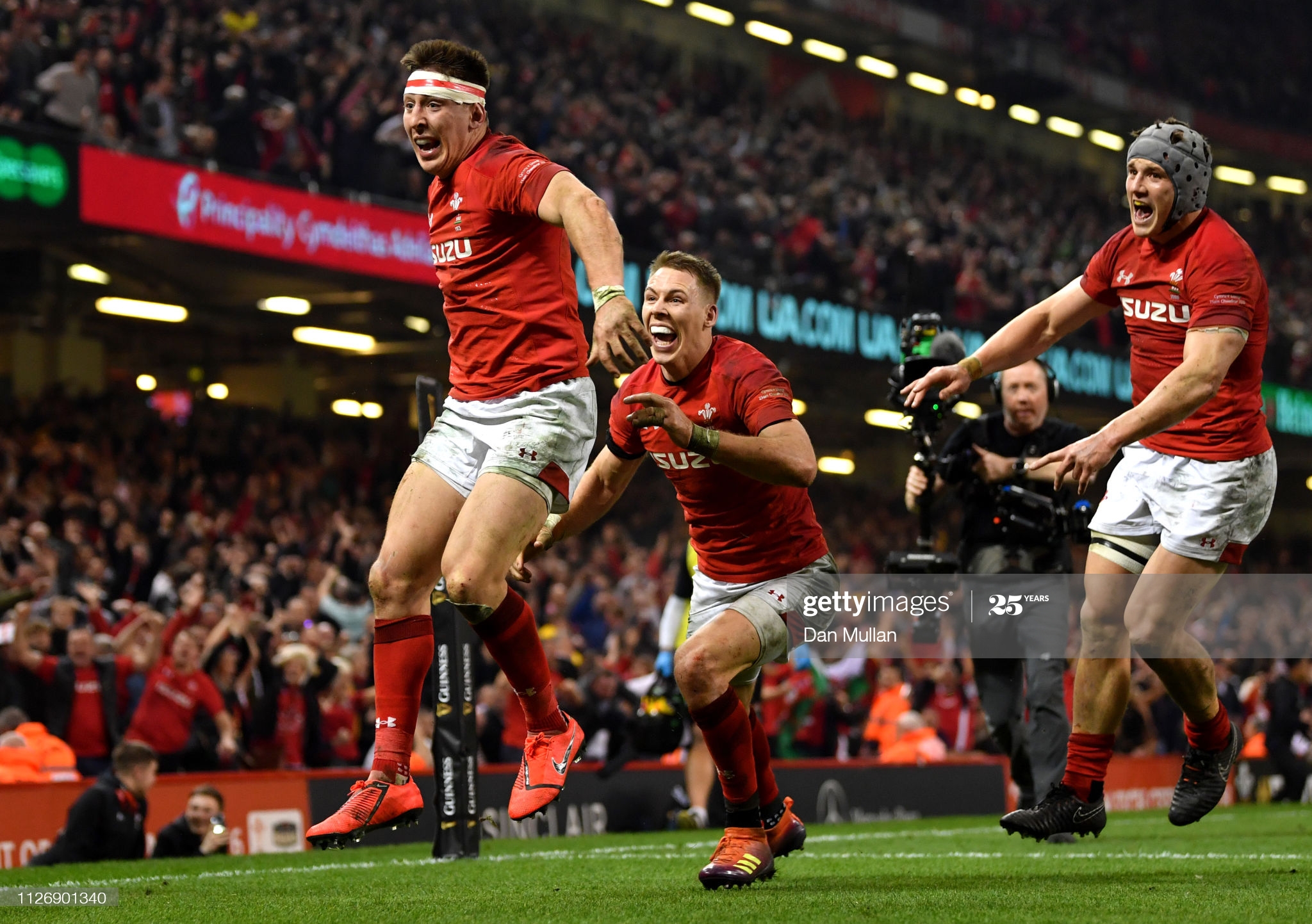 Josh Adams insists Wales have turned a corner and feel in confident mood about facing England on Saturday.

The Wales wing believes there is an improved mood in the squad following the win against Georgia last weekend, which ended a sequence of six defeats.

It was their first victory since February and only their second triumph under head coach Wayne Pivac.

“It’s always nice to come to work on a Monday after a win. I think it was important we got that win at the weekend first and foremost,” says Adams.

“I know the conditions didn’t help and it wasn’t pretty, but at the end of the day it was a Test match and a win for us which was needed.

“I thought the lads who had the opportunity did exceptionally well. It’s been a great mood if you like for the last couple of days.

“There were a number of changes and the guys that played handled the conditions well, not exceptionally well, as there were aspects we could have been better on.

“Four boys won their first cap, a couple won their second and it was their first start, so if you take all that into consideration the boys did exceptionally well, and it was important to get that win.”

Wales have only beaten England three times in the last 11 encounters.

Adams, who scored against England in 2019, believes their Six Nations rivals will be a big step up from Georgia.

“Of course, everybody understands that with no disrespect to Georgia, England are a far greater outfit than the one we faced at the weekend. We’re under no illusions as to how good they’ve been for the last couple of weeks.

“It’s Test match rugby. We’re going to be working hard this week, as we have done every week, and hopefully we can take our week’s practice on to the field.

“Our practice has been really good for the past couple of weeks and it’s been quite frustrating that we haven’t taken that from the training field to the match. If we can do that this Saturday, then I think we’ll be in a great spot.

“We’re looking to step up ourselves. We’ve been working hard on aspects of our game where we think we can get some joy against England.

“I’m sure they’ll be doing the same for us. It’s about transferring our practice into Saturday – if we can do that, I honestly believe we’ll be in a great spot on Saturday.”

One of England’s most in-form players at the moment is Jonny May. Between them, Adams and May have amassed 45 tries in 86 Tests, with May’s haul of 31 putting him joint-second with Will Greenwood and Ben Cohen on England’s all-time list.

Like May, Adams averages an international try in less than every two games, and current form suggests they are frontrunners for British and Irish Lions Test berths against the Springboks next summer.

May scored a brace last week against Ireland, including one of the best individual tries you will see this year.

Adams admired the try, but believes he can handle the likely head-to-head contest at Parc Y Scarlets this weekend.

“It was a fantastic finish. Fair play to him. I’ve played against him before, so it won’t be anything new to me. What can I say? Fair play, great score, well done pal.

“I’ve faced all sorts of different wingers, as has he, so I’ll do my homework and will make sure I get my role right which is the most important thing.”

Between 2016 and 2019, Adams played for Worcester Warriors in the English Premiership, scoring 39 tries in 65 appearances.

He believes his exposure to the top league has helped him hugely in developing as a player and could have potentially improved other players.

“It was awesome for me. I’ve said it before, but I couldn’t say I’d be sitting here if it wasn’t for that exposure.

“The coaching staff up there were excellent. Sam Vesty who was the backs and attack coach at the time, he’s obviously up in Northampton now and I speak to Biggs about him and you know when someone like Dan Biggar speaks highly of a coach, you know he’s obviously going to be half decent.

“There’s no doubt someone like Nick (Tompkins), who’s come from such a winning culture and such a driven culture in Saracens, has a winning mentality in him and that drive.

“And I think Johnny (Williams’) experiences with Newcastle and Irish. I think he started playing for Irish at a fairly early age. I think he might’ve been 19 or 20 and you can sort of see that in his physicality. He carries the ball really, really well for us, as he did on Saturday.”