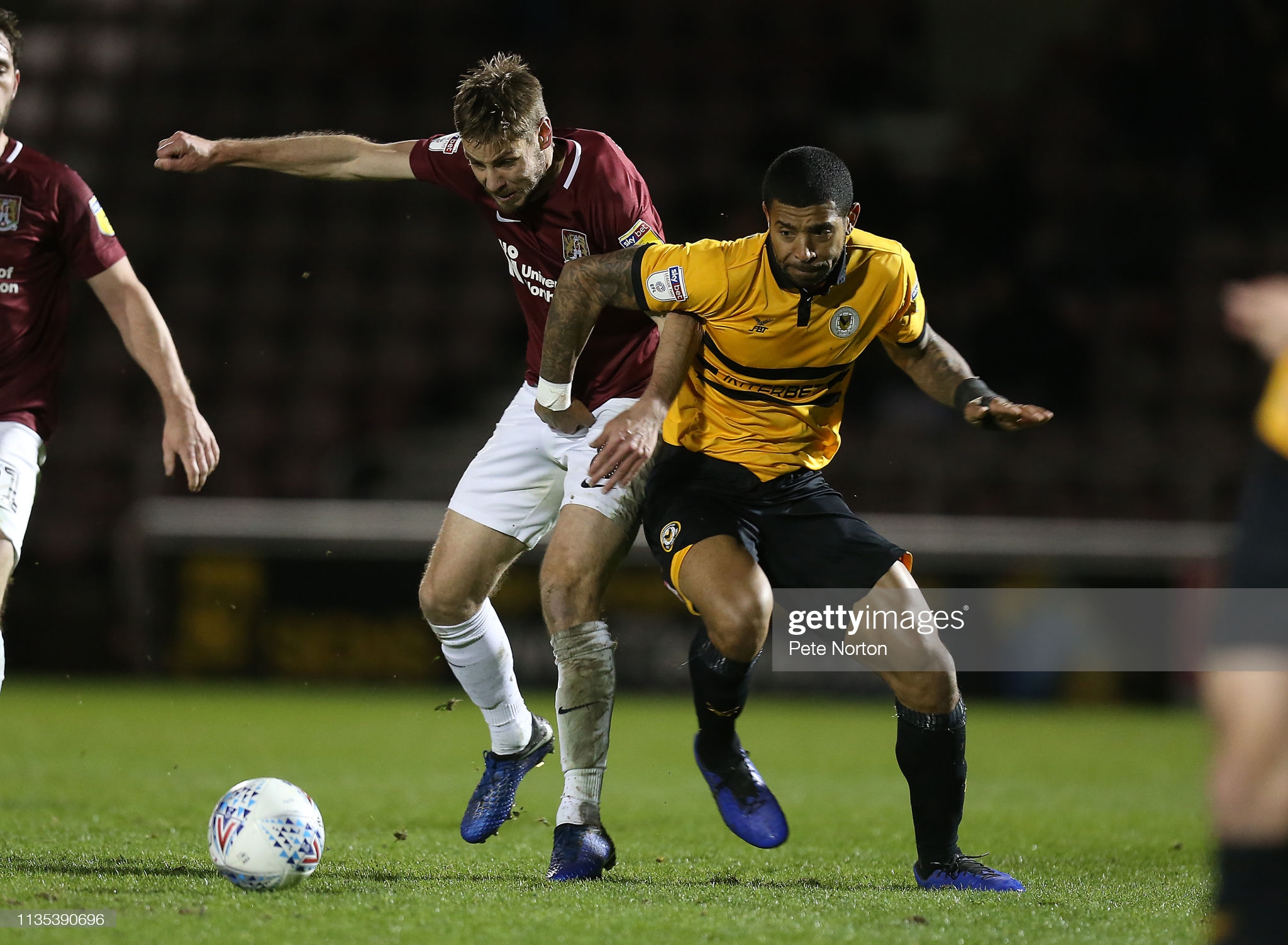 Labadie was one of the four players sent-off in five games that forced County manager Flynn to send a makeshift midfield into action against bottom of the table Southend United last week.

It ended in a 1-0 humiliation at Rodney Parade.

The first red card culprit, Josh Sheehan, has been back in action, but hasn’t looked the same player as in the early part of the season when he was able to play on top of the ground.

The fulcrum of County’s passing game, he has been ankle deep in mud and sand at home and not much better at away venues.

Labadie was next to earn a three match ban, while Liam Shepherd and Scot Bennett were quick to follow suit.

Due to the postponement of Saturday’s trip to Port Vale, Shepherd will miss Tuesday night’s game against Exeter and Bennett won’t be free to play again until next week.

“We simply didn’t win enough balls in midfield against Southend and we need to be better at doing the ugly stuff when we know our pitch isn’t going to be conducive to playing a passing game,” said Flynn.

“I don’t think Joss realises how much of an impact he can have with the pitches as they are. The physical presence he can give us in the middle will be very important.

“Winning more second balls and rebounds is huge at the moment and I just hope he is on top of his game when he returns. We’ve been on a bad run and we need to cut out the individual errors and the red cards.

“It felt like the end of the world when we lost to the bottom team in the league. Going to Port Vale and winning would have been a huge boost, but if we’d gone there and lost it would have been bad for us.

“The break has given us the chance to put some more training into the players and work a bit more of fitness with some of them. Hopefully, we will be fresh when we face Exeter on Tuesday night.”

The last match where we had Josh Sheehan & Joss Labadie playing with each other (no red cards) was against Grimsby Town away, which is the most recent match that we’ve won. They are VITAL.#NCAFC ⚫️🟠 pic.twitter.com/Q3IIAi9tND

The fact the Dragons’ rugby game against Edinburgh on Friday night was called off will have helped the Rodney Parade pitch to recover for Tuesday, but there is another PRO14 game scheduled for this Friday ahead of the game against Forest Green. That certainly won’t help.

Despite only taking seven points from a possible 30 in their last 10 games, County are still in fifth place and in touch with the top teams with games in hand.

What they need to do is find a game plan that can win them a few points before they can return to their more fluid style.

“I was really proud of the grit and effort the players showed in the win over Grimsby after we went down to 10 men. We’ve got to make sure we can win the ugly games,” added Flynn.