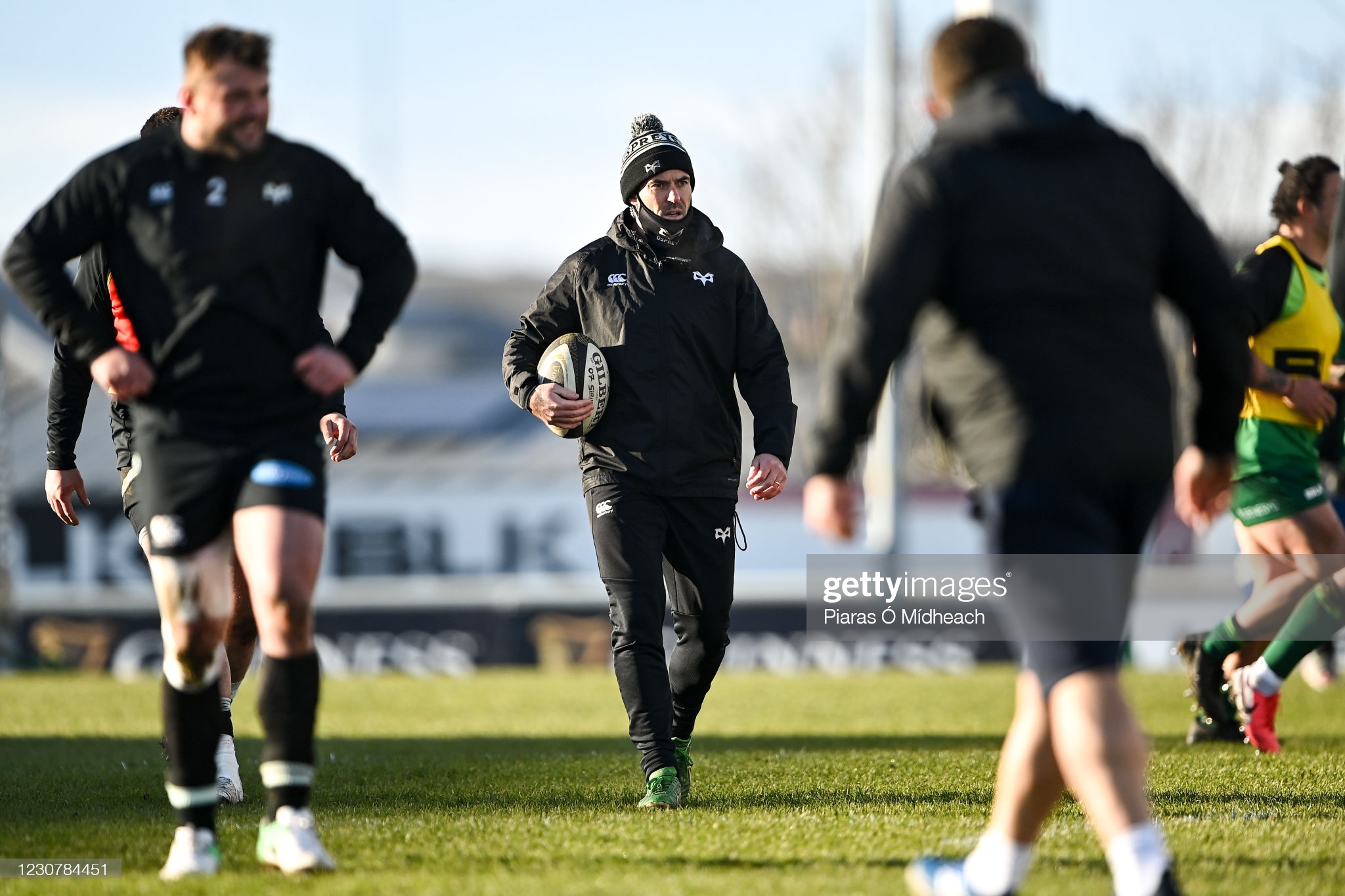 The Ospreys will be looking for a fourth straight victory when they take on Zebre at The Liberty Stadium on Saturday night. Toby Booth’s side have also managed to blood plenty of youngsters this season, including 20-year-old fly-half Josh Thomas, who is grateful for no less than four top quality No.10s who are guiding his progress as he tells Graham Thomas.

After all, the Ospreys youngster currently has a quartet of high grade number tens guiding him that would be the envy of almost every rugby club in the UK and beyond.

Thomas – whose team host Italians Zebre on Saturday night in a match that is live on S4C – has Stephen Myler, Gareth Anscombe, Brock James and James Hook overseeing his development at the Liberty Stadium.

Three of them – Englishman Myler as well as Welsh pair Anscombe and Hook – have played for their country, while Australian U21 cap James pulled the strings in European finals for Clermont Auvergne after deciding to leave his homeland for France.

Within the squad, 20-year-old Thomas can tap the wisdom of 36-year-old Myler as well as Wales’ Grand Slam winner Anscombe, who is working his way back to fitness after long-term injury.

When he’s training, then the local boy can call upon the craft of Ospreys backs coach James as well as Hook, who retired 12 months ago after 15 years at the top end of the game to become the region’s kicking and skills coach.

“It was a really proud moment for me making my debut for my home region.”

“There are some quality tens around me at the Ospreys and it’s up to me just to try and pick their brains.

“The one thing they all had, and which I’m trying to learn, is the ability to control a game. It’s about being able to manage things under pressure, make the right call and not panic.

“Stephen and Gareth do that now on the field, just as Brock and James did when they were playing. I’m still listening and learning.”

As a child, Thomas says he would watch Hook strut his stuff for Wales on TV and also grab any opportunity to watch the European exploits of Clermont, with James calling the shots.

Now, the pair are his coaches, working under head man Toby Booth who has so far lived up to his word in giving youngsters their opportunity to progress from the academy to the senior side.

“This season, I think I’ve learned a hell of a lot from them all – how to not overplay in the wrong areas, when to chance things, it’s all about making those right calls.”

Thomas, who began his rugby at Pontardulais, has impressed plenty of onlookers this season with his potential even if the requirement for Myler’s know-how has restricted the younger player to just four appearances so far this season.

It’s still @keelangiles123 to beat at the top of the leaderboard … but can Josh Thomas take the top spot in the Ospreys Keep Up Challenge?🏉

It might have been more, but unlike most players in their mid-30s, Myler seems loathe to take a break towards the later stages of matches, meaning Thomas has often stayed on the bench.

He did, though, start against both Zebre – when the Ospreys lost narrowly out in Italy back in the autumn – and at home to Leinster, when the Pro 14 champions proved too strong.

He has been given the starting role this weekend, too, alongside Rhys Webb, who captains the side from scrum-half.

“Playing against Zebre back in November was my first Pro 14 start and although it was a tough game, it was a great experience,” adds Thomas.

“But I took some confidence from that game and the match against Leinster, too. As champions, they have a lot of physicality, so that was valuable learning.”

Thomas scored a try and kicked two conversions and a penalty out in Parma in that first start for his region, but still could not prevent the Ospreys from slipping to a 23-17 defeat.

It proved to be a tough month, with three defeats out of four, but since the turn of the year things have picked up for Booth’s men who will go into this weekend having won their last three games – against Cardiff Blues, the Dragons and Connacht.

Zebre have won two of their last three matches and although they stand bottom of Conference A, a win could even take them above both the Dragons and Glasgow depending on those two teams’ results on Friday night.

With Wales’ Six Nations players still in camp and not returning to their regions this weekend, the Ospreys’ game is a chance for fans to get a glimpse of some of the next generation, which very much includes Thomas.

The four men in his brains trust will be hoping he makes an impact, too, even though the youngster himself says his all-time favourite No.10 was outside that group entirely.

“My own real hero was Dan Carter. It was just the way he played – he was a guy who had it all.

“He could sit back and play in the areas where he wanted, but he also had that pace to spot a gap and go through it. As a player to watch all the time and take something from, he was the one.”

Ospreys v Zebre, live from the Liberty Stadium. Kick off 17.15.