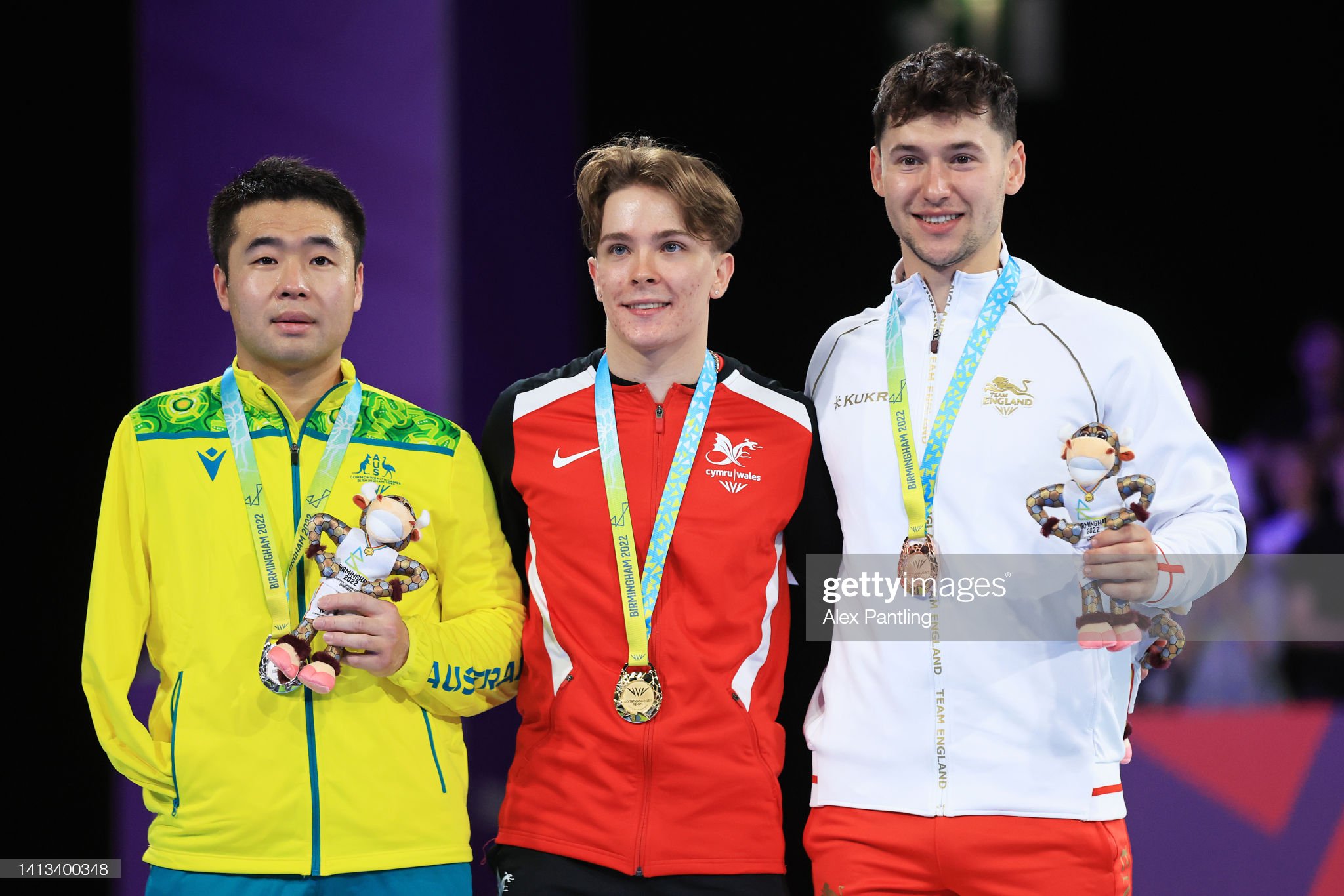 BIRMINGHAM – Comments from Joshua STACEY (WAL) after he won gold by beating Lin MA (AUS) 3-2 in the men’s singles classes 8-10 at The NEC on Sunday.

On winning the gold medal:
“I managed to turn it around, and I’m glad. Me and Josh [MORGAN (WAL) – coach] had a good conversation in the corner after that third set [with MA leading 2-1] and then I took a foothold in the match.”

On whether he remained confident:
“Definitely. We’ve played five times: he’d won three and I had won two. But I had beaten him the last time we played, so I felt that I had a really good chance of beating him here.

“I enjoy playing on the show court – I feel comfortable there.”

On wrapping himself in the Welsh flag on court at the end, looking at his friends and family in the stands:
“My grandfather passed away in April. It was for him.”