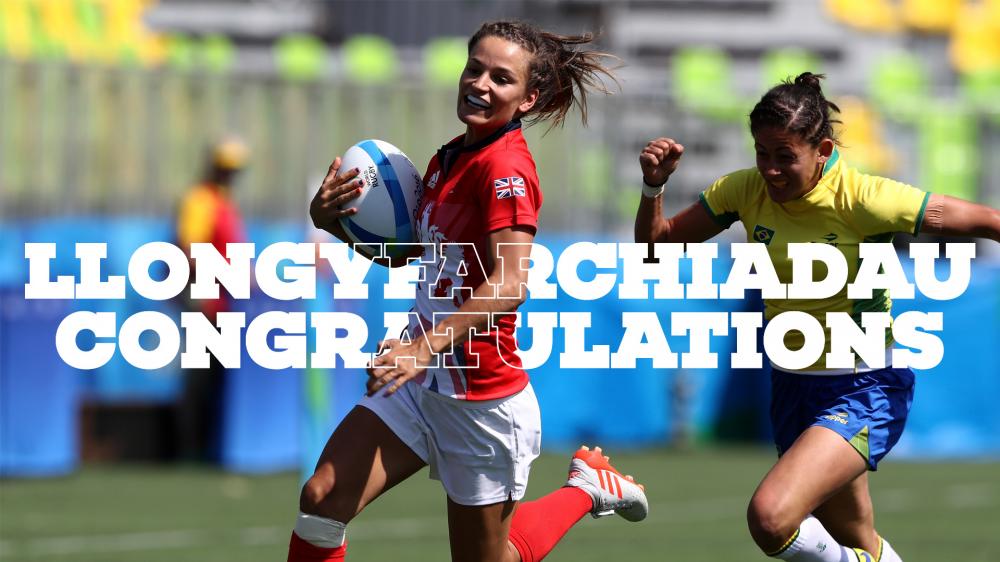 Wales’ Jasmine Joyce has been selected to go to her second Olympic Games, taking part in the rugby sevens.

She is one of only three players who have retained their places in the squad from Team GB’s fourth place finish at the Rio games in 2016.

For Jasmine, from St David’s in Pembrokeshire, it’s the culmination of five years of hard work.

“After the amazing experience of competing in Rio, returning to another games has been front and centre of everything I’ve done for the past five years and being named in the squad makes it all worthwhile.

“The Olympic Games is the ultimate achievement for any sportsperson and that dream became so much more achievable for me when rugby sevens became a Olympic sport.”

At 20, Jasmine was one of the youngest players in the Team GB squad in 2016 and hadn’t been capped for Wales at 15-a-side.

I have dedicated my life for the last 5 years for this moment. Every decision has be based on wheather it is the right choice to make to put myself in the best position to make this Olympic squad once again. The support I have received from everyone is invaluable👊 https://t.co/El8cW0ekPs

Five years on and with 19 senior Wales caps, she is looking to draw on her experience to help the side to come back with some silverware.

“I was the new girl in Rio with little pressure on my shoulders.

“I’ve definitely got a different mindset this time around. People know my game more and there is more pressure on me to perform but I’m happy with that. We were disappointed not to medal last time around and are definitely going for gold next month.”

“Hannah is my best friend so it was great to train together in GB camp.

“She has put so much hard work into everything she has done in recent years too, as have all the players in the training squad and the fact she’s missed out shows the level of competition throughout the squad is insane.

“I’ve had so much support from my family, friends and coaches throughout my career. The fact that they won’t be able to travel to Japan is disappointing but I know that we will feel everyone’s support via social media over the next few weeks and that makes a huge difference.”

WRU CEO Steve Phillips said, “Huge congratulations to Jasmine Joyce who will fly the flag for Welsh Rugby in Tokyo next month.

“It’s a huge achievement to be an Olympian once, let alone twice and Jasmine will no doubt do her family, friends and Welsh rugby proud on the world stage once again.”