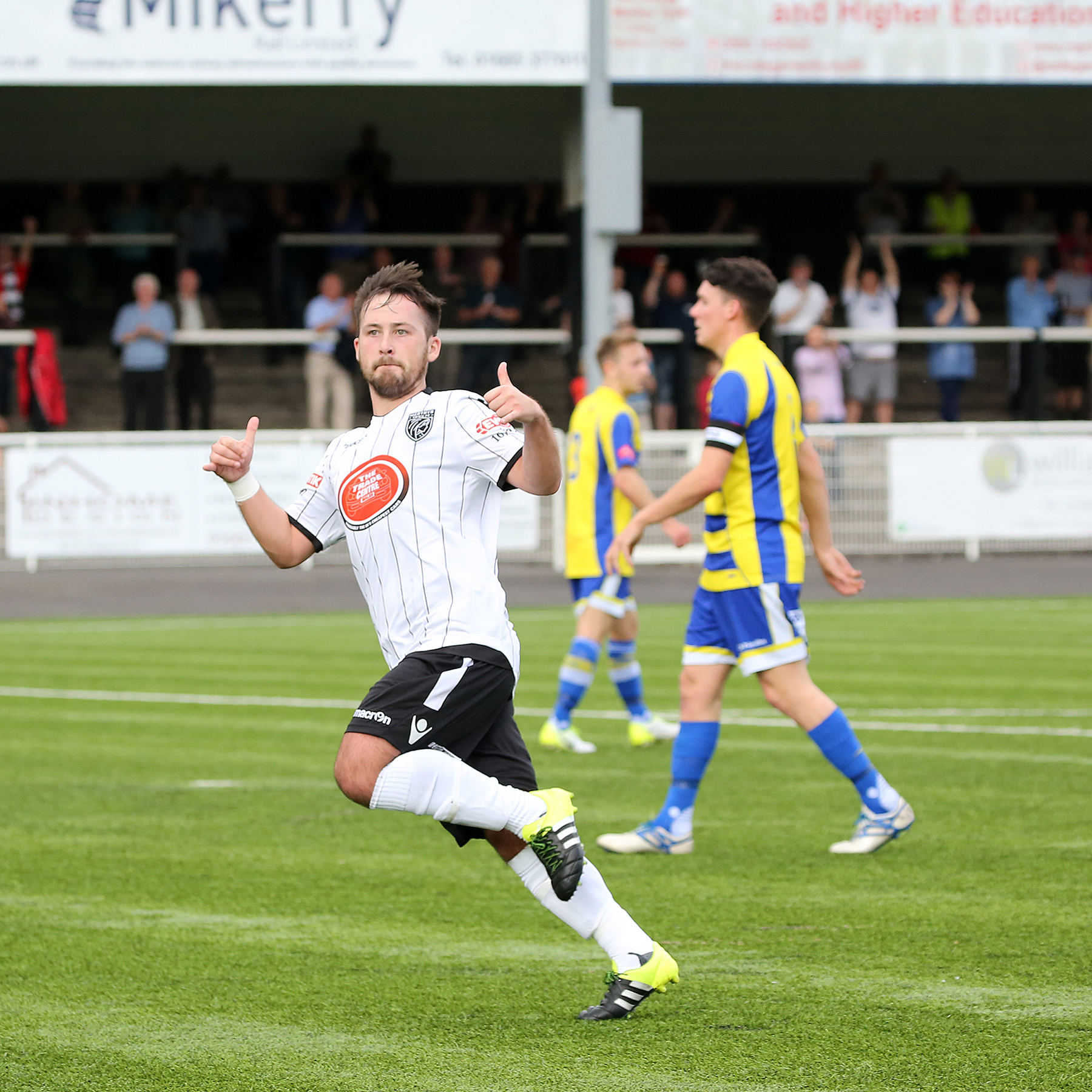 The Martyrs have strengthened their squad in terms of quality and numbers, underlining their progress with wins against Swansea City under-23 team and Cwmbran Celtic.

Manager Gavin Williams and his team face another tough test on Saturday when they travel to play Cardiff Met FC.

“That’s a tough place to go and Christian Edwards, their manager, will have his team organised,” says Morgan. “Met have played in Europe already. They will be fit and ready.

“But there is a belief in our group that we can push on and be successful. We have 22 players in the squad and  everybody is fighting for a place.

“You have to impress or you won’t be in the team. There are two players for every position and we haven’t had that for a while.”

Morgan, Gethyn Hill, Owain Jones and Jarrad Wright scored the goals for Merthyr as they fought back from 3-1 down to snatch victory.

Merthyr had already beaten Swansea City’s under-23 team 2-0, thanks to goals from Lee Lucas and Kieran Lewis, but started slowly against a Cwmbran side intent on taking control early on.

FAW Championship South club Celtic started on the front foot which and goalkeeper Cameron Clarke has to produce a fine double save keep the visitors out.

Merthyr went ahead after Camden Duncan produced a darting run down the left and squared a delicious pass to the feet of Morgan, who fired his sweet strike into the far top right-hand corner.

A minute later Celtic took the lead and when Chris Ham produced a phenomenal overhead kick just inside the box and powered past the stretching Clarke.

They continued to dominate and netted their third through Louis Feeley after 25 minutes.

Merthyr manager Williams made 10 changes at half-time with Wright the only player to stay on.

Owain Jones was denied by an excellent save from goalkeeper Scott James and the same player fired just wide.

Defender Wright showed great willingness inside the box, beating his man in the air to guide his header into the bottom right-hand corner for Merthyr’s second.

Soon after Jones equalised, showing great composure inside the penalty area before slotting past the advancing goalkeeper.

The Martyrs festive fixtures consist of a home game against Yate Town on Boxing Day, before a New Year’s Day meeting with Swindon Supermarine at The Webbswood Stadium.

The final few weeks of the season see Merthyr host Tiverton Town a day after good Friday, travel to Yate Town on Easter Monday before the final game of the 2019-20 campaign takes place at the MetCoaches Stadium against Hendon on Saturday, April 25.