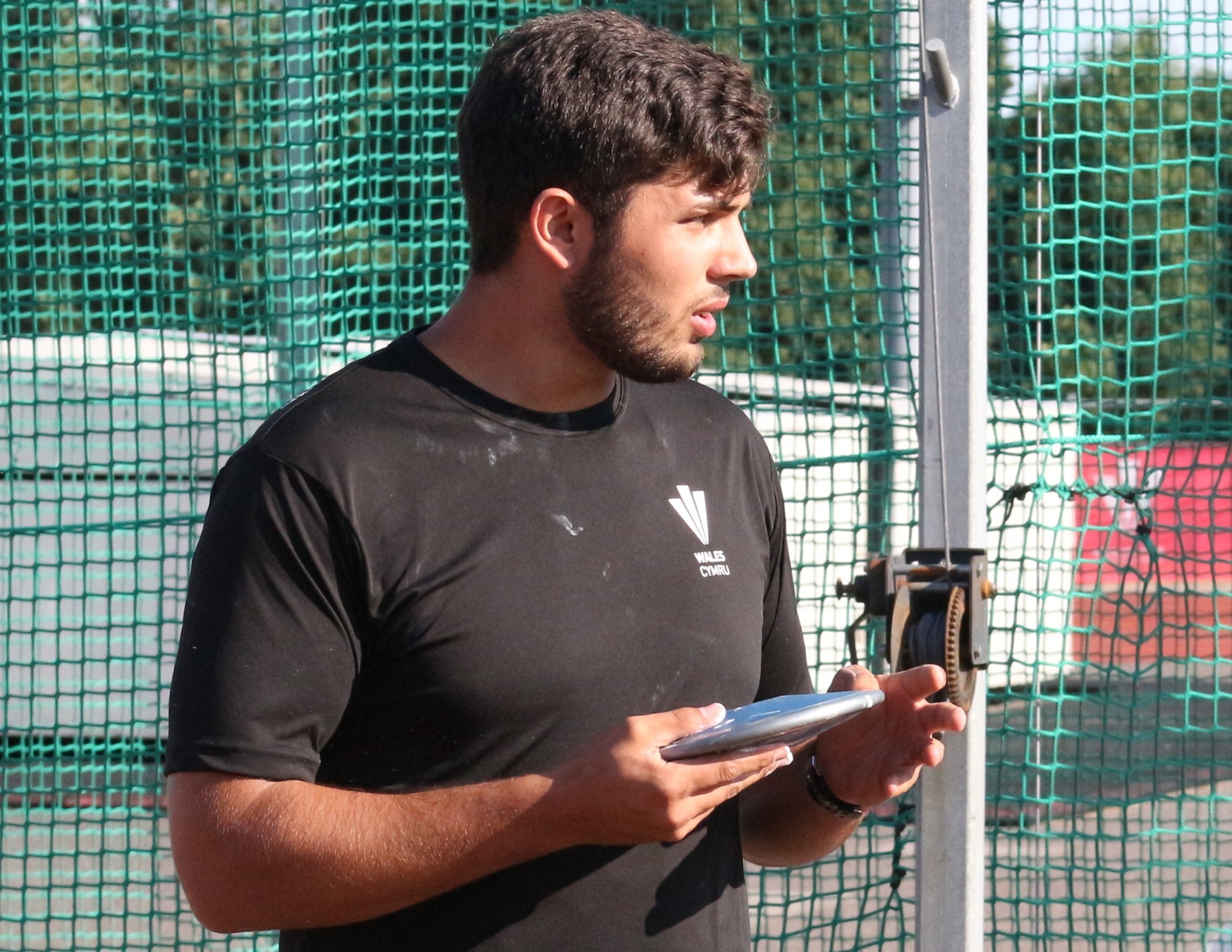 James Tomlinson from Pembrokeshire was Great Britain joint captain, along with Holly Mills, for the European under-20 Championships.

Pembrokeshire’s James Tomlinson has been named joint captain of the Great Britain team at this week’s European Under-20 Athletics Championships in Sweden.

Discus ace Tomlinson and long jumper Holly Mills will lead the British challenge at the event which starts in Boras on Thursday.

British u-18 discus record holder Tomlinson has enjoyed a strong start to the season, setting two new personal best marks, the most recent of which saw him break the 60.00m mark as he finished second in Germany’s Halle Throws International  in June.

He will earn his 13th British vest out in Boras, having gained his first at the European u-18 Championships in 2016, where he finished sixth.

Tomlinson said: “Last year was a real roller-coaster year for me so to come back this year and be named captain of the biggest junior team that we’ve ever had is fantastic and you can’t ask for much more than that.

“You know that when it’s you who gets chosen there’s that extra expectation. I remember getting my first vest back in Tbilisi in 2016 and to go from then until leading the team at these championships, you can’t ask for much more than that.”

Mills, who has also represented GB at the heptathlon added: “We both captained the team at Loughborough International and I feel that has served as a really good stepping stone for this championship and I’m really excited to be one of the leaders of such a great team.”

GB Team leader Trevor Painter, who selected the two athletes from the 69-strong squad, said: “I’m thrilled to name Holly and James as co-captains of the British team for the European Under-20 Championships.

“Despite only being 19-years-old, both have already accumulated a mass of experience on the international stage.

“Both set an exemplary standard when they were named as captains of the British team for the Loughborough International earlier in the year and I have no doubt they will continue to show maturity beyond their years in leading this team.”