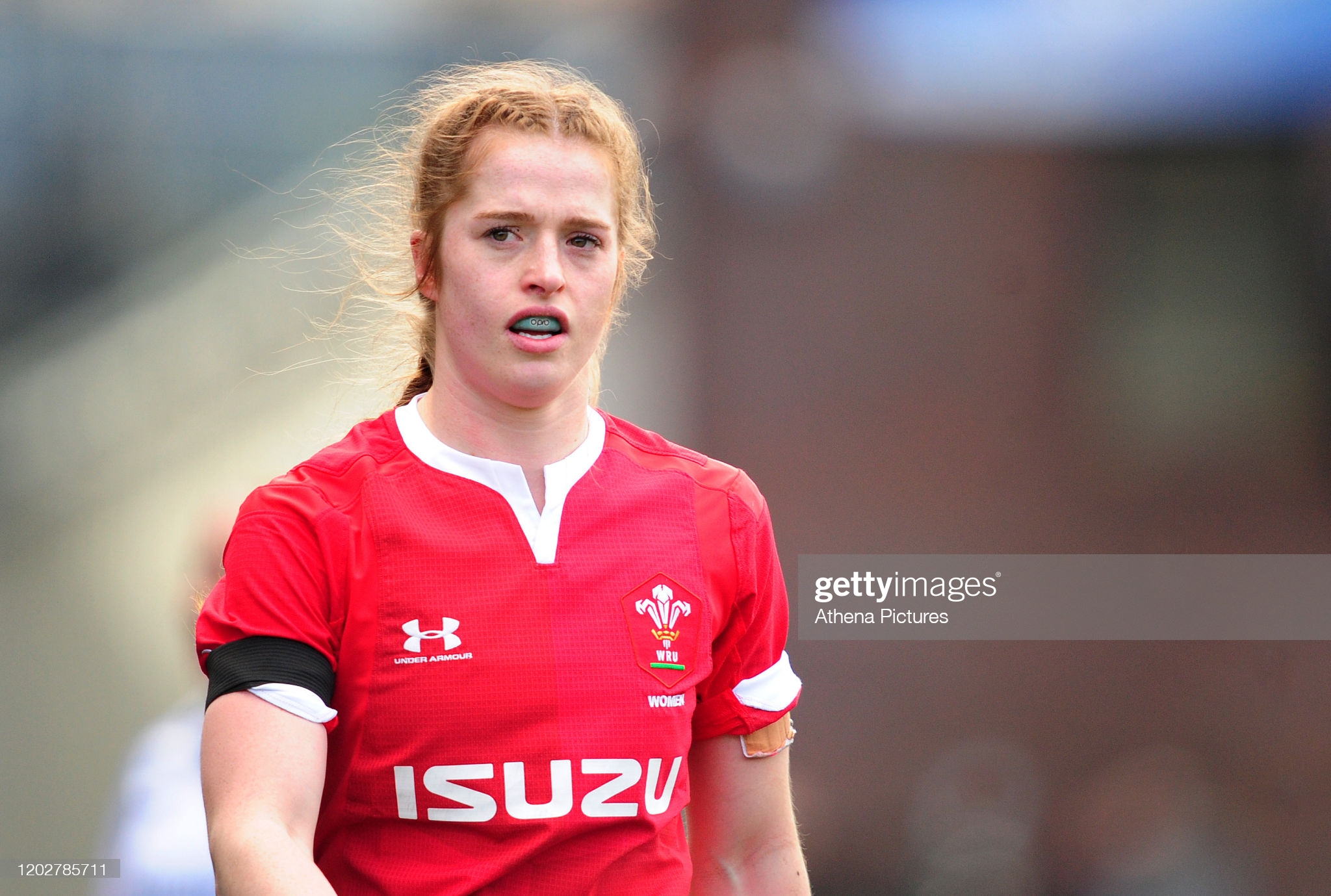 It was a difficult Six Nations campaign for Wales Women.

Three straight defeats, 125 points conceded, and vociferous discontent from outside the camp about the apparent apathy towards them from the WRU.

And yet, positives emerged. Some collectively, and the others in the form of individuals.

One in particular was winger Lisa Neumann. The 27-year-old capped fine defensive displays in the games against France and Ireland with a well taken try in the final encounter with Scotland.

Her display in Scotstown was enough to see her selected in the tournament’s team of the weekend, ironically alongside another former Ysgol Dewi Sant (St Davids) pupil in Jasmine Joyce. But further still, she then became the only Welsh player named in the Six Nations Team of the Tournament – picked by former World Cup winner and now television pundit, Maggie Alphonsi.

“I didn’t expect to be picked all,” admitted Sale Sharks player Neumann, who first caught the eye with Haverfordwest Ladies RFC and has since represented Scarlets and RGC at regional level.

“I’d be lying if I said it wasn’t a nice thing to see though.

“The first two games were more about a defensive performance for me, but perhaps the display I put in against Scotland helped.”

Indeed, despite Wales losing their opening game 53-0 in Vannes, Neumann arguably provided one of their standout moments with a thunderous early tackle.

A 45-0 home defeat against Ireland followed, but the 27-20 loss against Scotland at least yielded plenty of positives, for both the try scorer and the squad.

Neumann’s first half effort represented a superb finish in the right hand corner and it seems the nature of the effort, where she chose to take on Scottish winger Megan Gaffney on the outside, didn’t come about by accident.

“To be fair I’m know for always going into contact,” she said, whilst laughing.

“So stepping on the outside, and avoiding that collision, is something I’ve been working on quite hard this season so it was a nice surprise when it actually came off.

“After the first two games – where I didn’t really have much attacking opportunity – it was just good to be able to get my hands on the ball and come away with a try.”

And overall, Neumann believes the improved team display can be a springboard for Warren Abrahams’ side moving forward.

“The most important thing for us in that game was to pull out a performance and we did that.

“We lost but the feeling afterwards amongst the team was that it was great to finish on somewhat of a high. I think there were elements of that game where we showed what we’re capable of.

“To keep going like we did and get a try last minute (Caitlin Lewis scored in the game’s final play) showed the amazing spirit of this team.”

But while she continues to impress on the international stage, Neumann’s immediate focus will now switch back to club level, where she’s set to complete an impressive first season with Sale in the Allianz Premier 15s.

And she says the move, which came when she switched from Firwood Waterloo Ladies last summer, has proved worthwhile.

“Joining Sale Sharks has improved my rugby so much.

“The coaches have taught me a lot and it’s an amazing club to be part of – signing here has been one of the real highlights of this past year for me.

“I’ve really enjoyed the season and look forward to more.”

Congratulations to Wales wing Lisa Neumann who is named in Maggie Alphonsi’s Six Nations Team of the Championship https://t.co/cwVb6d3Qb7

Sure enough, Neumann being happy and in-form at club level is good news for Wales as well as Sale, and her place in the Six Nations team of the tournament is undoubted proof of that.

And whilst the inquest into a tough few months for the international side continues, it speaks volumes that one ‘shark’ in particular, was able to swim against the tide.