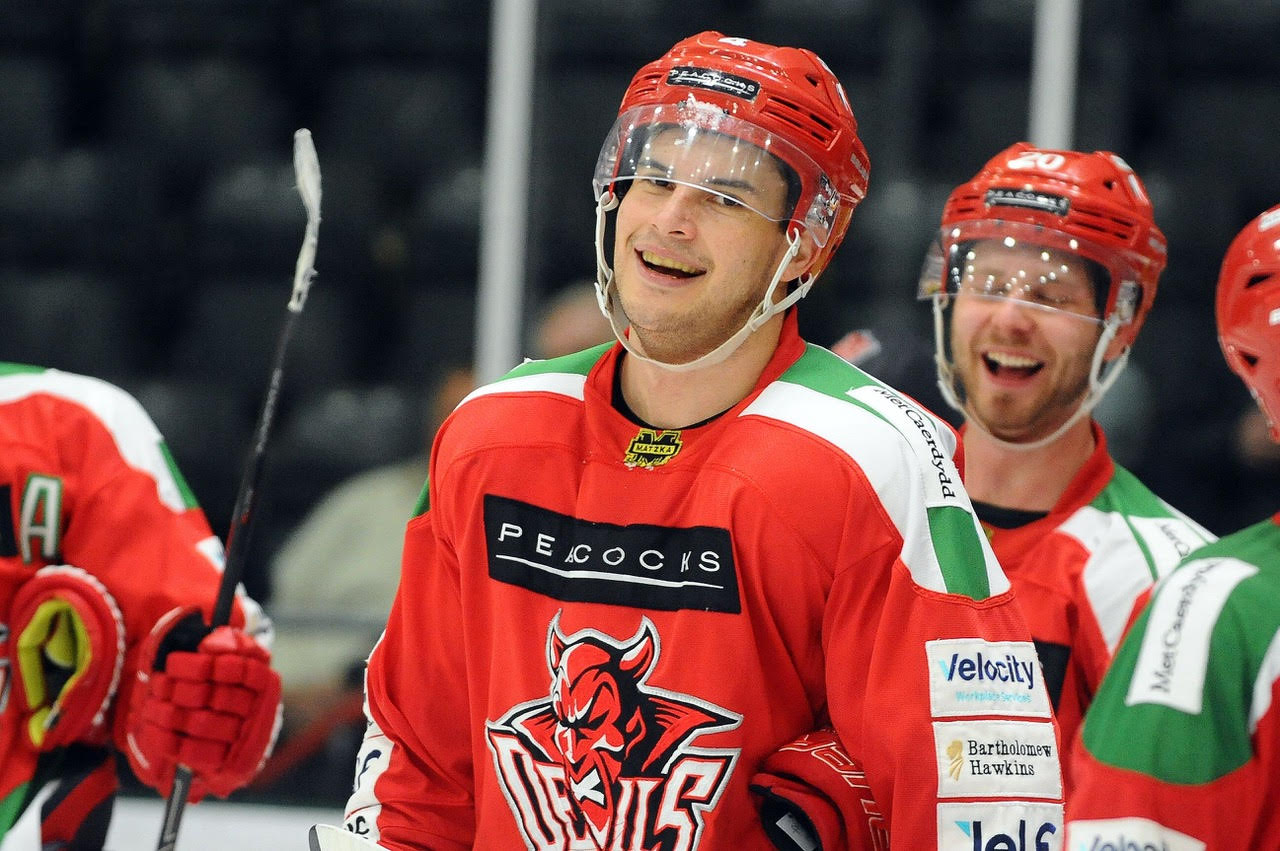 Returning Cardiff Devils defenceman Mark Louis says he is ready to help the team transition into a ‘new era’ next season under new coach Jarrod Skalde.

The 34-year-old recently returned to Wales ahead of what will be a fifth season with the Devils following a spell in Slovakia.

The Devils are set to make their long-awaited return to competitive ice hockey in the Champions Hockey League on 26th August.

“It was my plan to come back to Cardiff, I’ve stayed here during the summers so I’ve got to know a lot of people around Cardiff and the surrounding area and it’s my second home,” he told the team’s official YouTube channel.

“I think the added challenge of the league being back and things going ahead is something I really want to be a part of.”

Upon the cancellation of the 2020/21 British season, Louis opted for a move to the Slovakian top division side HK Dukla Michalovce, where he had the opportunity to re-unite with some of his former teammates from North America.

“In terms of calibre, I thought it was pretty equal for the most part. The biggest difference is that hockey over there is the number one sport and you see it a lot more mainstream, in places you play, you can really tell that.

“Aside from that, it was nice to be able to go there and play with some players I used to play with in North America. It filled the hole that was missing without the Elite League going ahead.”

Now back in Cardiff, Louis’ previous experience and success with the Devils make him a senior member of head coach Jarrod Skalde’s new-look roster for the forthcoming season.

“Obviously with the history and success of some of the teams I’ve been fortunate enough to play on, some might say it’s a new era coming In as well. I want to be a part of that challenge and next step, so I’m excited.

“I’ve had a few really good conversations with him, obviously he’s not just an experienced coach but a player, as well. He’s had tremendous success throughout his career as well and I’m really looking forward to working with him. I’m excited for him and his family to get over here,” he added.

Season tickets ahead of the new season are available now on general sale via the club’s official site. All purchasing and renewal details can be found here.