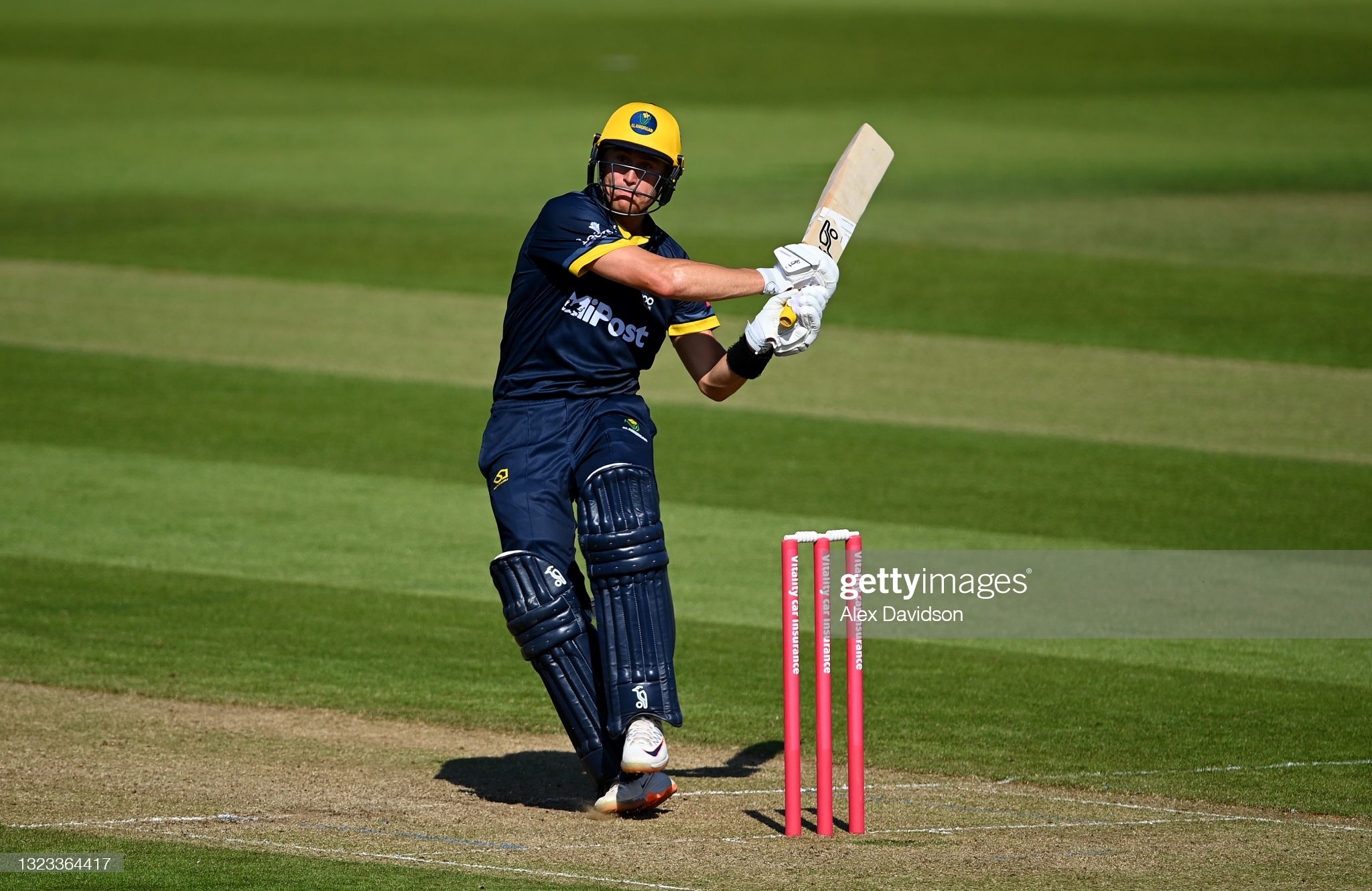 Nick Selman labelled Marnus Labuschagne “a nightmare to run with” – but it didn’t deter the pair from sharing a century stand to lead Glamorgan to their first T20 Blast win of the summer against Essex Eagles.

Chasing 154, Selman was joined by his fellow Queenslander at 21 for 1, and both passed 50 as they proceeded to put on 110 in 13.1 overs and ensure Chris Cooke’s team bounced back from Thursday’s agonising defeat against Gloucestershire.

Man of the match Selman struck seven fours and two sixes to make 65 in just 45 balls before tamely giving a return catch back to Essex captain Simon Harmer.

For his part, Labuschagne made 59, including six fours and a maximum, but still looked furious with himself after being caught by Jamie Porter off Sam Cook when just nine runs were needed to win it.

But, ultimately it mattered little and afterwards Selman hailed their match defining partnership.

“We started a bit slowly as Marnus took a little while to get going – but I guess we are very similar players in that we don’t hit over the top a great deal.

“But we ran hard, hit the gaps and built into it. It was great to bat with someone like him and it was a nice wicket to hit through the ball.

“There were gaps to hit twos and threes and it was great to get a partnership going. The only disappointment was neither myself or Marn were there at the end.”

Laubaschagne did, however, survive an early run out scare and Selman admitted there was little room to relax as his partner pushed him hard between the wickets.

“He’s a nightmare to run with.

“I’m not good with the twos and threes but you’ve got to do it in T20 cricket, I guess. It builds pressure on the fielding side and we got an extra six or seven runs out there just because of his intensity.  It’s another element he brings to the side which is just unreal.”

Selman’s knock also ended a frustrating period which had seen him left out of the four-day side for recent matches.

TvdG picks up his first wicket as Khushi feathers one through to Cooke! 🪶

“It’s been a long month and a half. I only had one bat in May so it was good to get out there and score a few runs. I know my T20 game better than my four-day one which is something I can’t really explain.

“It’s a long campaign but good to get a few early doors.”

And the quirky 25-year-old couldn’t resist a humorous dig at teammate David Lloyd, who left the field at one stage with a hand injury.

“He keeps picking up rogue injuries. He’ll be fine. He just needs to toughen up! Make sure you get that in!”

After being put into bat by Cooke, a final total of 153 for 6 had represented a modest one for The Eagles given they stood at 71 for 1 after nine overs.

Opener Will Buttleman survived a couple of early scares to top score with 36, a knock that included six boundaries, but when he holed out to Selman off Andrew Salter things stalled for the visitors.

Soon after, No.3 Michael Pepper, who had reached 29, fell to Labuschagne and Jimmy Neesham was only able to labour to 21 off 20 balls before picking out sub fielder Callum Taylor at long off as he tried to launch Ruaidrhi Smith over the rope.

And despite Lloyd (14) falling to Jack Plom early on, the home side’s Australian duo then effectively settled matters and despite both falling with victory in sight, Colin Ingram (11 not out) and Cooke (5 not out) finished the job off with an over to spare.

It meant the latter was able to celebrate a win on his 300th professional appearance, but there is little time to dwell with Glamorgan travelling to Surrey for their third T20 Blast game tonight, before home matches on Wednesday and Friday this week against Kent and Middlesex respectively.

The start time for those two games have been brought forward to 5pm because of ongoing floodlight issues at Sophia Gardens.