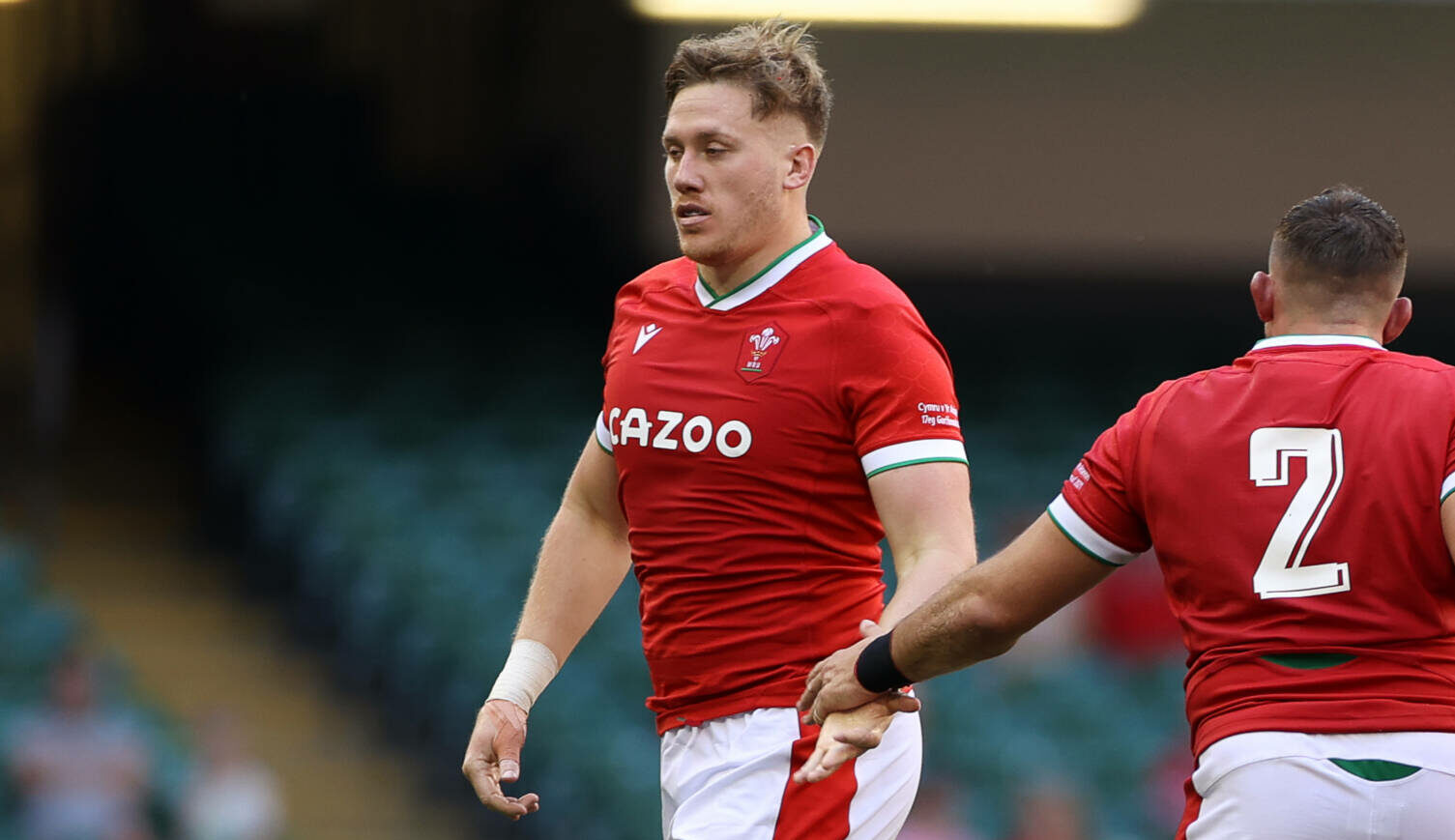 Matthew Screech of Wales comes on for his first international cap. Pic: WRU

Matthew Screech insists it was a dream come true to finally win his first Wales cap at the Principality Stadium yesterday.

The giant second-row has been consistently excellent for the Dragons over the past few seasons with his all action displays catching the eye of Wayne Pivac.

Screech, who will join Cardiff Rugby next season, was chomping at the bit to get out on the field.

“Words can’t describe the feeling really, it’s an amazing feeling to get out there and finally put on the Welsh jersey,” said the 28-year-old.

“It’s been a long road so to get across the line is a dream come true. I had 30 minutes, I tried to get myself involved and get my hands on the ball as much possible.

“I just want to do my best for the team, it wasn’t to be today but still it was an amazing. It was pretty hot out there, it was probably the hottest game I’ve ever played in so not your typical Welsh weather.”

It was a baptism of fire for Screech with the Wales pack well beaten by a powerful Argentinian side.

He is determined to add to his one cap by performing consistently well for Cardiff in the United Rugby Championship next season.

“I thought I had a decent season and was a little bit disappointed to not be named in the initial squad but I was delighted to get the call in the end,” he said.

“I’m just happy that I’ve finally achieved my dream, I’ve had a small taste of it today, I’d love to be here more often and show everyone exactly what I can do.”