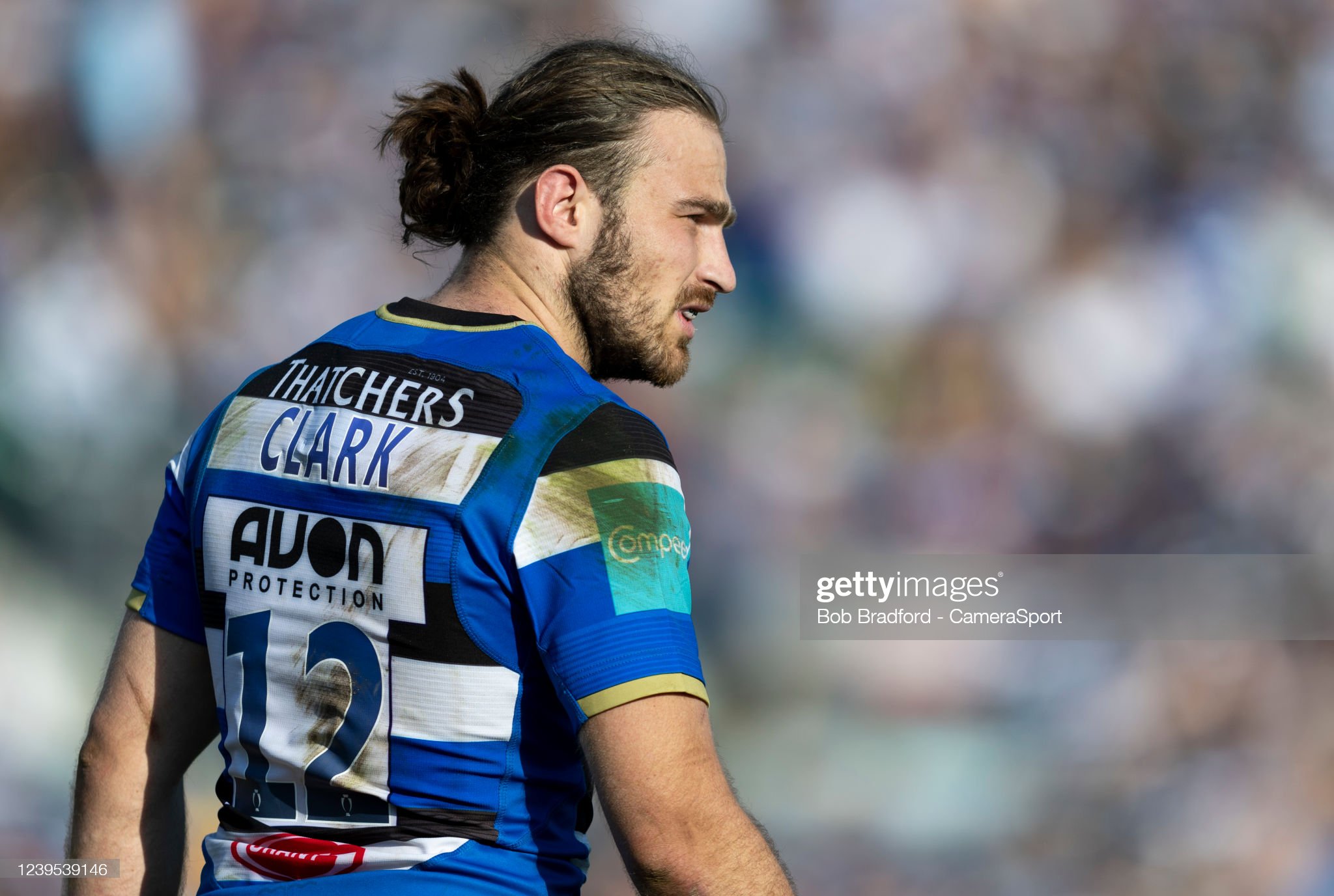 That was in an England side that had already beaten Wales and went on to finish as runners-up to New Zealand in 2015. Now the 26-year-old is hoping to reignite that midfield partnership with Tompkins in the senior Wales side.

Where Tompkins and Johnny Williams have led by swapping England for Wales, so the former Bath man is hoping to follow.

Clark is in line to make his Dragons debut as the Gwent region face Bristol Bears tonight at Rodney Parade in a friendly game.

Capped by England at U16, U18 and U20 levels, the Bridgend-born Clark has crossed the Severn Bridge after 13 seasons at The Recreation Ground with his eyes fixed on a major prize – playing for the land of his birth.

Having scored tries for England U18 and U20 in wins over Wales over the years, no doubt the likes of current Welsh internationals Owen Watkin, Josh Adams, Tomos Williams, Dillon Lewis and Adam Beard will remember playing against him.

“I always knew I was half Welsh, but I grew up in England, went to an English school and have always lived there.

🚨 TEAM | Here is your line-up for Friday's friendly with @BristolBears 🐻 at Rodney Parade! 🙌🐉

I followed quite an obvious route through academy and age group rugby, but once you get into the senior game you forget about what’s happened before,” said Clark.

“I’m sure there will be questions around why I came over from Bath, and my background will get highlighted, but I can say that I am here to try to play for Wales. It happens in all countries, players have relatives of a certain nation and so it’s not too far-fetched.”

He won’t be on his own at the Dragons as a player who has represented England at age-grade level and is now seeking senior international honours with Wales.

Ross Moriarty was a Junior World Championship winner with England and Tompkins won a number of his Welsh caps from Rodney Parade.

New recruit from London Irish, George Nott, was born in Bodelwyddan and like Clark played for England at U18 and U20, including a win in the 2016 Junior World Championship final against Ireland.

Sean Londsdale has joined from Exeter Chiefs. Although born in Manchester, he was schooled at Rydal Penrhos in north Wales, played for RGC 1404 in the Welsh leagues and against Wales and has a Welsh mother.

Huw Taylor, who also has a Welsh mother, is already at the Dragons and played alongside Nott for England at U18 and U20 level.

🎥 𝘿𝙍𝘼𝙂𝙊𝙉𝙎 𝙏𝙑 | Hear from 🐉 boss Dean Ryan as he discusses:

Wales lock Will Rowlands didn’t get junior honours, but his Welsh father is the reason he has been able to play for Wales.

“Wayne Pivac hasn’t been on the phone, although there have been conversations with the Welsh set-up in the past.

That was when I was in my early twenties, but I don’t think I was mature enough to come across then,” said Clark.

“I was 20 or 21 and I honestly didn’t think I was ready. I’d not long come out of school and I was just settling into life at Bath.

“I’d been at Bath since I was 13 and the thought of leaving my childhood club before I had achieved everything I’d wanted to achieve there, and higher, was the big one for me. I’ve now fulfilled many of my ambitions at Bath and the time to move feels right.

“This will be a big change for me, it will take me out of my comfort zone and test me, but with that come massive chances. I’m on edge, but it the right way because I want to impress at the Dragons.

Bath Rugby centre Max Clark will leave the club at the end of the season, to join Welsh side Dragons.

“It has been amazing to be involved for the past eight seasons… this is the time to move on and start a new challenge"https://t.co/YlsT3QD1Do pic.twitter.com/Q0zYf0m1vw

Clark has arrived in Wales having picked up tips from playing alongside Jamie Roberts and another British & Irish Lion, Jonathan Joseph, and feels the time is now right for him to throw everything into the next phase of his career.

“There was a long thought process, but I feel I’m at an age now where I’m coming back to play some of my best rugby.

I’m 26 years old now and having battled through some injury problems I felt I was playing as well as ever at the end of last season,” he added.

“It was a challenge at Bath, but I was playing alongside and competing with some world class players over the years.

I learned from them, but that probably meant that when I was coming through as a youngster I wasn’t looked at in the same light as them and the game time didn’t come around as often.

“With more games under my belt, and more established, I wanted to ensure I got more game time. You don’t want to be training all the time, you want to be out there on the pitch – that was a big factor.”

Not that he is getting ahead of himself. He knows he has a big battle on his hands to win a starting berth in the Dragons back line, where he will be one of two new recruits in the midfield with former Highlanders Super Rugby play Sio Tomkinson.

Home grown players like Jack Dixon and Aneurin Owen should be joined by former Wales star Cory Allen when he completes his recovery and the midfield is bound to be a a highly contested area.

“From what I’ve seen so far this is a tight group at the Dragons and that has excited me and helped me to settle in. Although they went through a time last season there is a real willingness to work for the guy next to you.

It is unmatched It is a young squad and at 26 I feel like a senior player. There is massive talent here and there are a number of internationals to provide the experience and calmness you need,” said Clark.

“We’ve have been building nicely through our two training blocks. There is a good enough starting pack here to provide the backs with plenty of ball and all we’ve got to do is work out what we do with it.

“That will come given time and hopefully we will be playing an exciting brand of running rugby. It is going to be very different for me going to play in Italy, South Africa, Scotland and Ireland, but that is another exciting part of the move. It’s not a reason behind the move, but definitely a benefit and perk.”