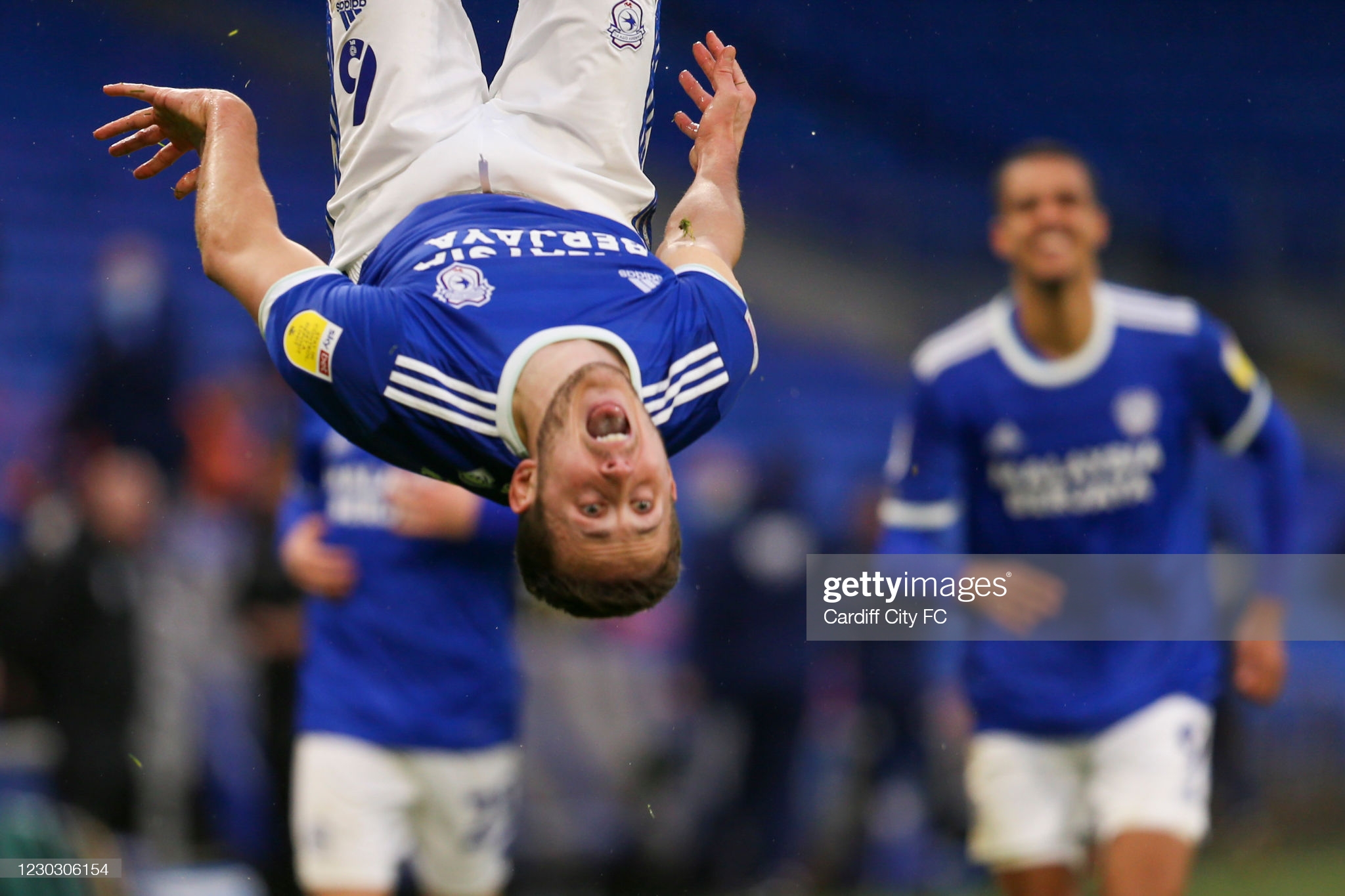 Will Vaulks is head over heels with Mick McCarthy. Pic: Getty Images.

Will Vaulks insists the mood has brightened at Cardiff City since Mick McCarthy replaced Neil Harris as manager.

The Wales midfielder believes McCarthy’s man-management skills have improved the prevailing mood within the dressing room and provided the foundation for a recovery in form which has brought five points from three unbeaten matches.

Vaulks – who helped the Bluebirds to a comfortable 2-0 win at Bristol City at the weekend – has also been impressed by McCarthy’s tactical flexibility.

“He’s not afraid to say what he thinks, but he will also encourage you and say, ‘you’ve been brilliant but you could do better in this.’

“So far, I’d say it’s his man-management skills that have lifted us.

“We’re told what to do and if we do that then he’s happy. We are happy as players, too. Since he came in he’s expected you to be the best you can be, do what you’re good at, and he’ll take care of everything else.

“If you’re not good at headers or whatever, he’ll accept that, so long as you’re good at what you’re good at. The minimum he expects is workrate, winning your fights and your battles.

“With the new gaffer coming in, there was a line drawn in the sand. When you cut our errors you win the game of football.”

Since McCarthy recalled captain Sean Morrison to the side, but kept Aidan Flint and Curtin Nelson in his line-up, Cardiff have been adopting a flexible five at the back formation that includes two wing-backs pushing forward.

It has seen them score five goals in three matches, but concede only three and although the Bluebirds  are still 11 points adrift of sixth place and back in 14th spot, Vaulks thinks is a play-off spot is on the distant horizon.

“The manager also knows what he is doing, tactically.

“Against Barnsley, when we were 2-0, down, he put a centre-half on. I thought, ‘what’s going on here?’ But he changed the team shape and we came back to 2-2 and almost won that game.

“Why not try and get as far up the league as possible? We just have to keep racking up the wins and see where that takes us.

“Our aim at the moment is just to build on each result. I felt as though we got better after Barnsley, when we played Millwall, and we were better again today.

“At the moment, it’s just about trying to win each game and push up the league as much as we can and see where that takes us.

“For me, since coronavirus hit it’s all been a bit of a blur as to what stage of the season we’re in. But we know that if we want to get anywhere near (the play-offs), we need to put a run of games together.

“We know from when we won four on the spin previously, we’re not that far off. We’re aware as players that we need a run.”

Vaulks has also praised the contribution of Cardiff striker Kieffer Moore, whose goal at Ashton Gate made it three in three games and took him to 13 for the season.

The Wales striker was a teammate of Vaulks previously at Rotherham and Vaulks added: “He’s our talisman and he did so much running against Bristol City.

“I think with this shape you rely on your No.9 to do a lot of running and chase everything.

“I have known Kieffer for a long time. He’s getting – not back to his best , because he was never off form – but he’s bounced back from injury really well and we’re seeing what he can really do.”