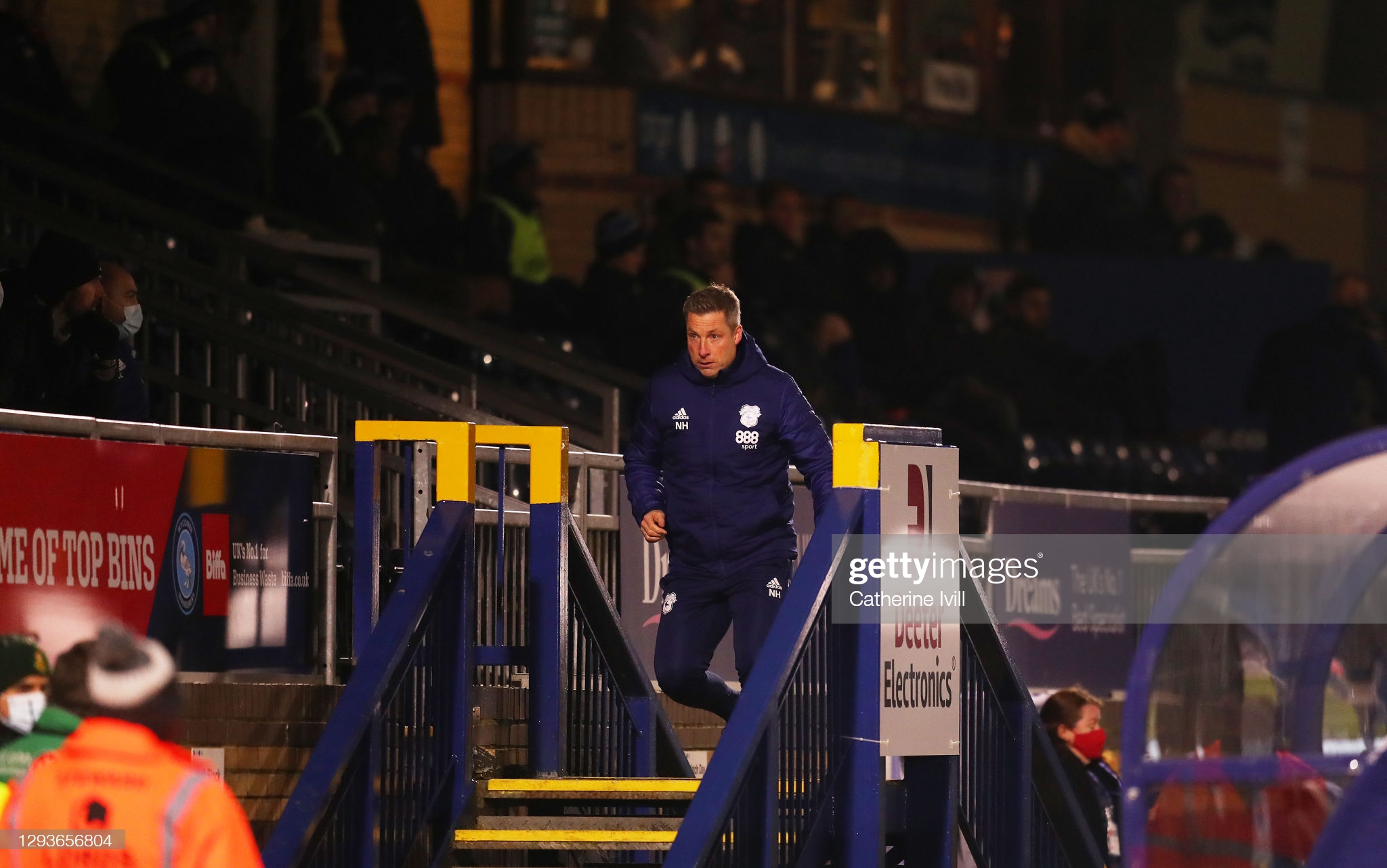 Neil Harris insisted he is focused on the transfer window not his future as Cardiff City boss after being sent off in the 2-1 defeat at Wycombe Wanderers.

The Bluebirds boss was dismissed 10 minutes from full-time for dissent  and watched from the stands as his side were beaten by the Championship’s bottom club.

But Harris admitted he did not have the cash to splash in January – if he survives not being shown a red card by owner Vincent Tan.

The defeat – a third in a row and fourth from five games – left City seven points adrift of the play-off spots.

Asked about chairman Mehmet Dalman saying he would be “disappointed” if they were not in the top six by January, Harris responded: “Are you asking me if I’m going to keep my job in January?”

It’s time for him to go but let’s not kid ourselves that it’s all down to one man.

There is no forward thinking from anyone at the club.

“That’s something I can’t control. I can control team selection, tactics, trying to prepare the players correctly for games, trying to advise the transfer committee on transfers.

“I can’t change what’s been done in the past – I can only focus on what’s going to happen in this window.

“I love my job – it’s a privileged position at a great club and I’ll do it to the best of my ability every day until I’m told otherwise.”

Sub Junior Hoilett’s injury-time goal was not enough to save City as they lost for the third league game in succession – and fourth in the past five games.

Ryan Tafazoli put Wycombe – who had won just two games this season – ahead in the first-half following a corner by ex-City player Joe Jacobson.

And David Wheeler doubled their lead with a thumping header after the interval.

City also saw skipper Sean Morrison taken off in the first-half with an injury giving a debut to Filip Benkovic, months after he joined on loan from Leicester City.

The Bluebirds have slipped to 15th – seven points adrift of the play-off spots.

Dalman had said it would be a disappointment if City were not in the top six by January after he sanctioned the loan signing of Wales international Harry Wilson.

“I’ve spoken to Vincent every day for the last week or two weeks, I spoke to Mehmet two days ago, and they know my thoughts,” added Harris.

“Not us but other clubs are struggling to pay wages. There’s loads not been reported about clubs not paying wages in the Championship. Football is struggling.

“Signing lots of players and spending lots of money is not going to be the case. That’s been done in the past and I’ve tried to address that in the time that I’ve been here.

“We’ll try and adjust the group – we’ve seen tonight we need to do that – but to adjust the group, players have to go out. Do clubs want to sign our players? I don’t know – I haven’t had any phone calls yet.

“We’ve got a group of good lads but I need them to step up and be better at times.”

“We lack a bit of leadership in the group and Mozza gives us that with his experience of being at the club for a period of time and his presence on the pitch, both penalty areas, is massive for us.

“We know he is just another one to add to the injury list of key players. When you’re missing key players you’re talking about big, big, players for us and players have to step up and do better in their absence.

But this was a limp display from City – and against a side – managed by ex-Bluebird Gareth Ainsworth – that is still propping up the table despite their win.

Hoilett did head home off a post – but by that time a frustrated Harris was watching from the stands having been sent off for dissent by ref Leigh Doughty.

The question now is whether Dalman and owner Vincent Tan will end Harris’ 13-month reign or give more time to a man who did get City into the play-offs last season after he succeeded Neil Warnock.