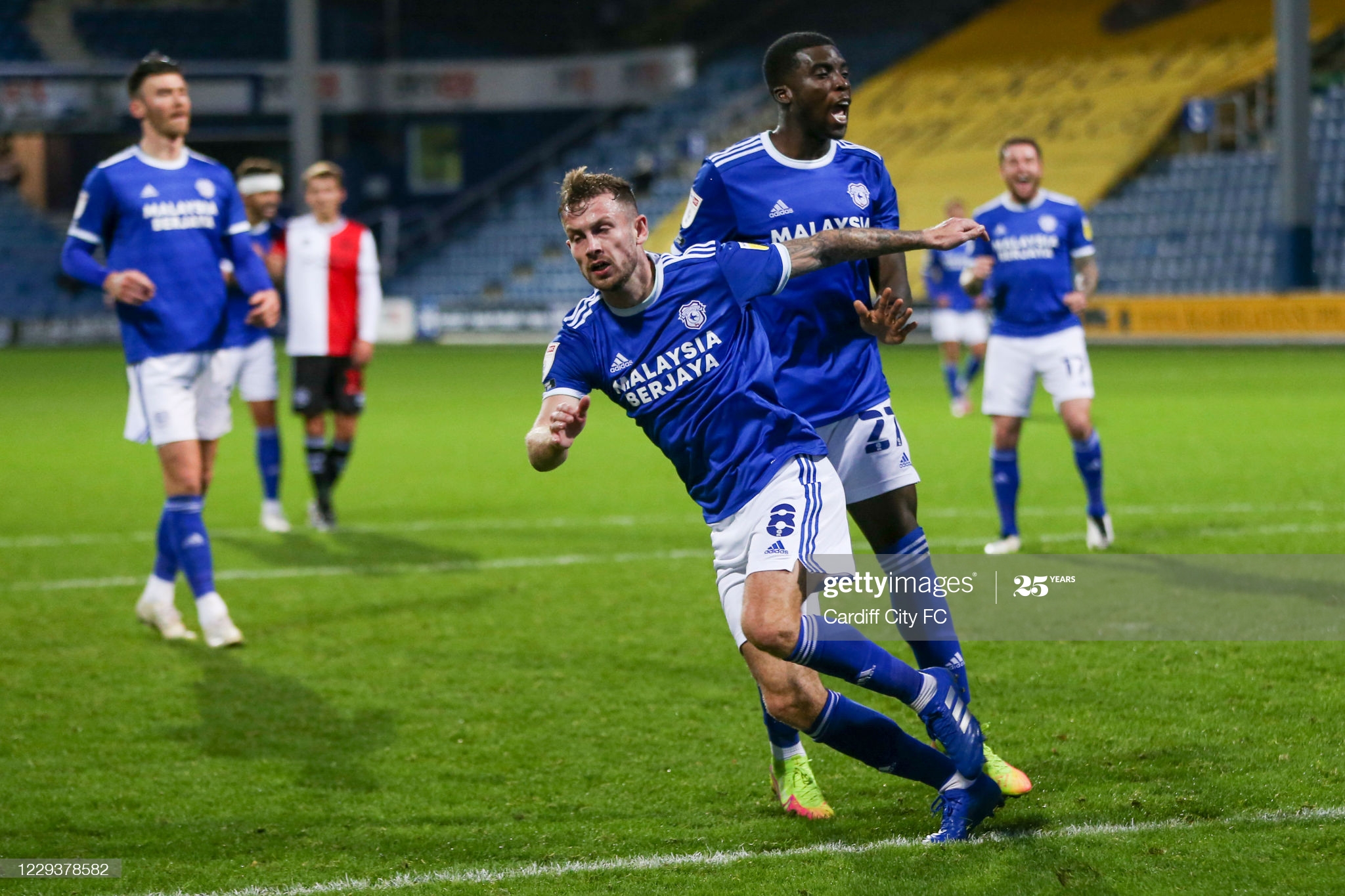 Joe Ralls netted twice at QPR but it was not enough to get a point after a first-half horror show. Cardiff City FC/Getty Images

Neil Harris has threatened to axe his under-performing Cardiff City players in a verbal blast after the 3-2 Championship defeat at QPR.

The Bluebirds boss described the first-half display – where City trailed 2-0 – as the worst since he took over at the club almost a year ago.

Joe Ralls struck twice after the break as City looked to have snatched a point but were undone by sub Dominic Ball’s stoppage time pile-driver.

Harris’ side have now won just two out of nine league games – none of the last four – as they slipped to 17th in the table.

3-2 ft. Cardiff almost got away with it, but got what they deserved in the end. Significantly better second half, but it was not possible to be worse. Hoilett and Tomlin made a difference, but this was another gentle away game, albeit against a bogey side, and they came up short

“We got what we deserved over the 90 minutes,” fumed Harris.

“First half was the worst I have seen us in my time in charge in my opinion – outfought, outrun.

“I left them in no uncertain terms where they are falling short, who is falling short and what I expect moving forward.

“I said in my interview on my first day I took the job, at Hensol Castle, and I said it after the play-off semi-final, I’ve come here to be successful and wins game s of football.

“If my players don’t want to do that then they don’t play. It’s as simple as that.

“The players have got to bounce back. It’s their jobs to be in the team, to perform their duties and to work hard.

“It’s their jobs to represent this football club to the best of their ability. If they’re not doing that, then they are not going to be in my team.

“I will pick a team accordingly to win the game against Barnsley on Tuesday night.”

Harris said in the run-up to the game that he could look back and laugh on the 6-1 thrashing they suffered on their last visit to QPR on New Year’s Day.

But there would have been no laughing in the City dressing room at half-time after a dismal opening 45 minutes against a side that had not won since the opening day.

Rangers had gone without a goal in four matches but took charge with Ilias Chair and Todd Kane.

Joe Ralls pulled a goal back from the penalty spot and he looked to have salvaged a point when he added a second with a few minutes left from the rebound after his spot-kick was saved.

“I can talk about the positives where we’ve come from behind so many times,” said Harris, whose side had drawn their last three games after conceding the first goal.

“But I don’t want to keep going on about that – I want to win games of football.”

Loan signing Harry Wilson was again ruled out with a pelvic problem and striker Robert Glatzel was ill while Lee Tomlin did return to action as a sub.

Harris will hope all three are available for Tuesday’s home game with Barnsley.

“It was great to see Lee get nearly thirty minutes of football, and we saw his quality at times,” added Harris.

“We want Harry Wilson back as soon as possible, and the same with Robert Glatzel.

“Having those three players back available makes a massive difference for us, and changes the way I want to set the team up.”