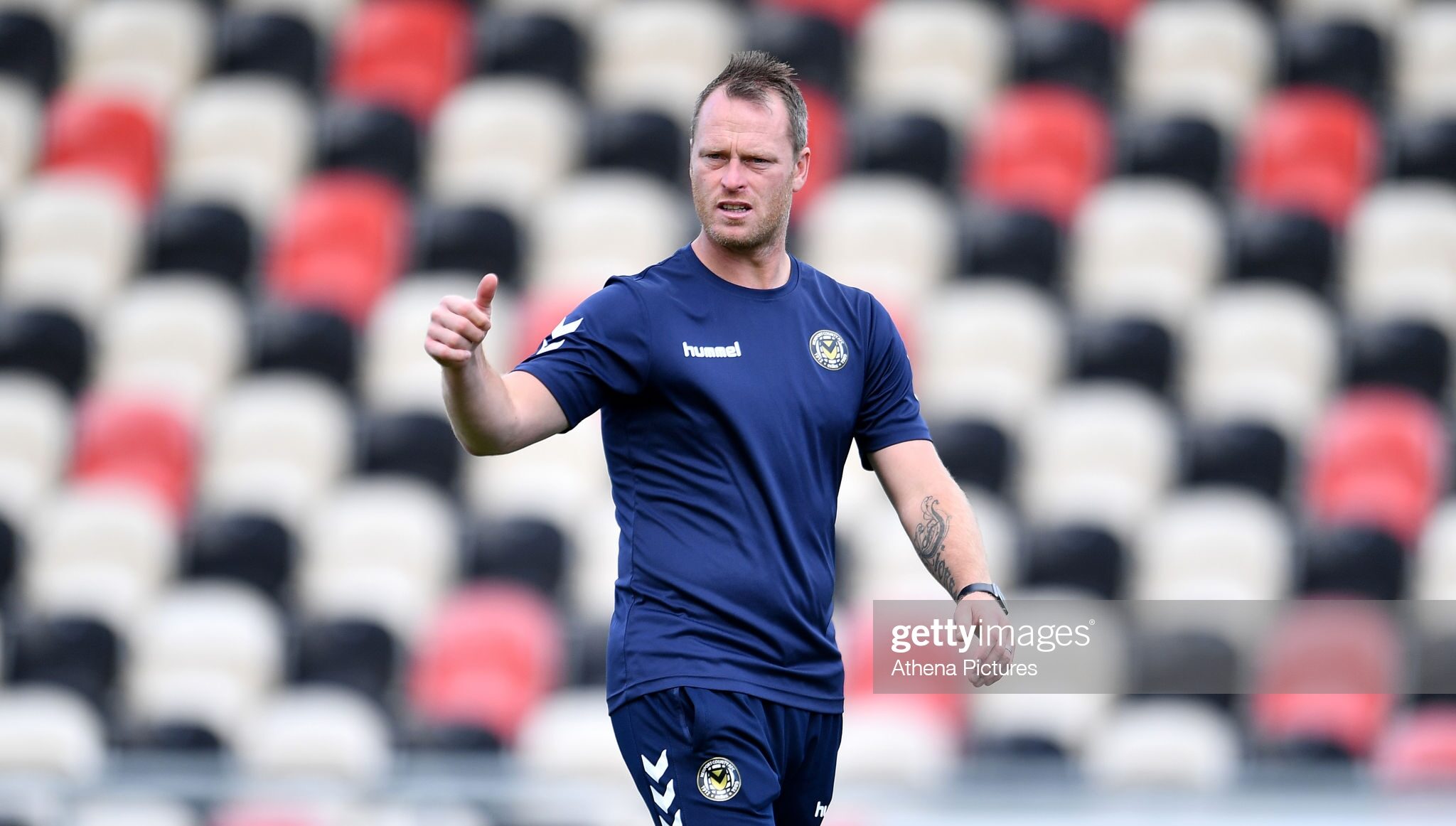 Newport County boss Michael Flynn believes his side will benefit both on and off the pitch thanks to the new Friday night initiative which sees the Exiles travel to Harrogate this evening.

In the coming months, County will see a further three away games moved from the traditional Saturday afternoon slot.

This idea is based around saving League Two clubs from having to pay for hotels as they now have the full day to travel to their away fixtures.

The switch has also been made for the trips to Barrow on September 24, Hartlepool on November 12 and Colchester on November 26.

The return fixtures with Hartlepool and Colchester have also been moved to Fridays – March 18 and April 22 respectively.

“There a few reasons and it helps with travel and costs,” said manager Michael Flynn, whose players will profit from an extra day of rest ahead of Tuesday’s game with Northampton at Rodney Parade.

“Harrogate were more than happy to go along with it and if we can reduce costs and play under lights, it can be a different atmosphere.

“Whether Friday or Saturday, we’re not going to have hundreds of fans going up because of the distance and the hotel costs.

“Let’s try and get a win and put the fans that couldn’t make it in a good mood all weekend.”

Due to the delay with the pitch work at Rodney Parade, Newport have had a relentless away schedule with most of the games being up North.

“The extra day is especially crucial with the amount of travel that we have done already,” said Flynn.

“It’s a relentless league and we’ve got Friday, Tuesday and Saturday again, so it’s nice that after Friday we have two home games.

“There has been a lot of travelling – at the end of this month we will have played Barrow, Harrogate, Salford, Mansfield, Tranmere and Oldham.

“That is not the easiest start at all and for us to pick up two wins already, especially when we’re a work in progress, shows positive signs.

“We will only get better but we have to be patient. We are going to get better and we need to keep picking up results and then go on a bit of a run.”

Michael Flynn is also pleased to be able to choose from a near full strength squad for this evenings trip, with many players returning from coronavirus isolation.

“A lot of the squad are back so we should be close to full strength,” said Flynn.

“I have to make a few decisions on whether they are involved tomorrow or Tuesday or Saturday.

“We will pick the best squad available and it’s down to those boys to get back in.

“There are nine players, one of them coming back from injury, pushing to get into that 18. There are going to be a lot of unhappy players that miss out.”