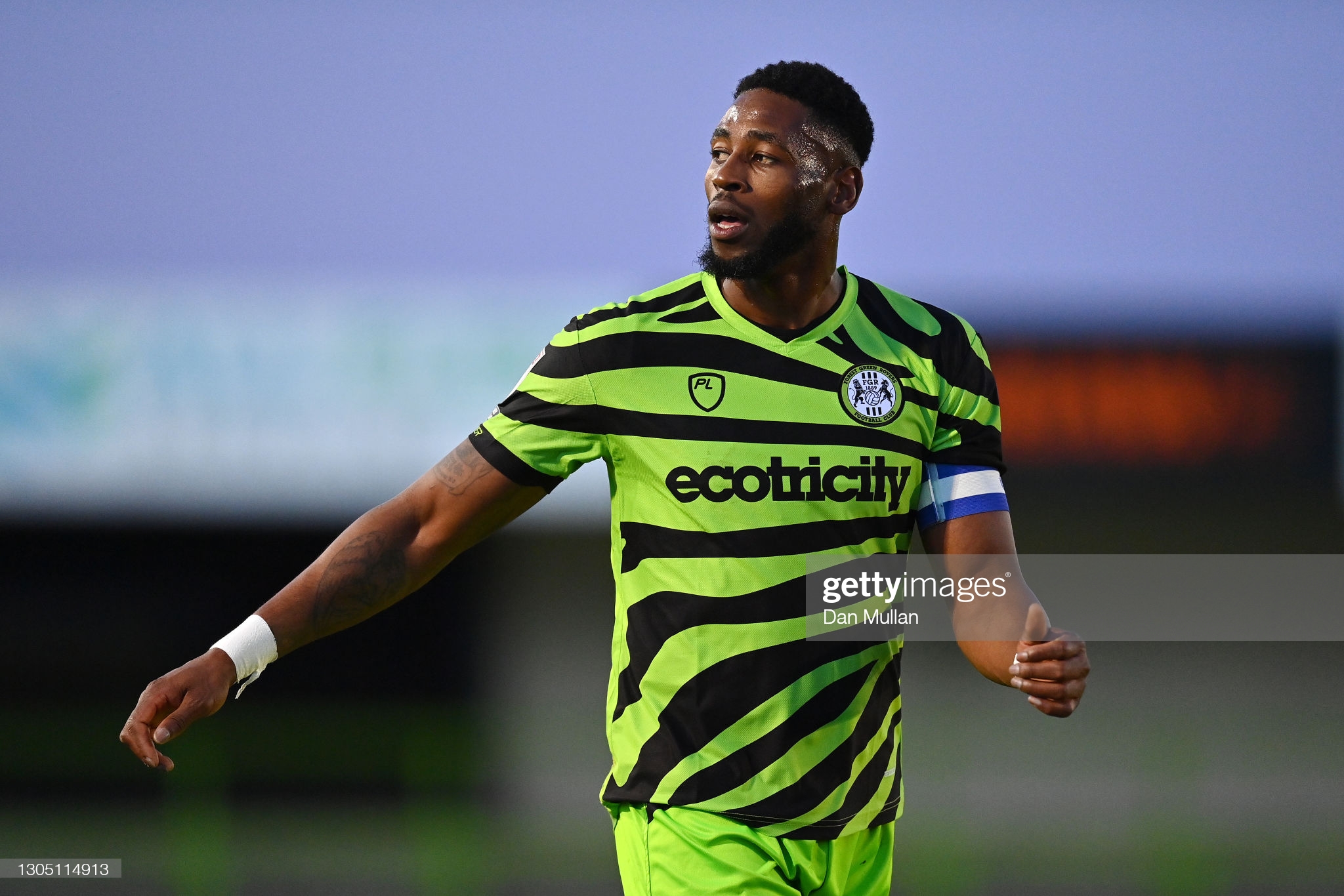 County clinched their place in the League Two mini-series after a 1-1 draw at Southend at the weekend, where they were indebted to King for a penalty save that kept the scores level.

It ensured the Exiles finished fifth in the final table, on the same points as sixth-placed Forest Green who they will now meet over two legs.

Rovers will be without Matt for both legs after he suffered a serious and gruesome hand injury at the end of March that required surgery and ended his season.

Matt – who was Forest Green’s leading scorer with 16 goals when he was injured against Bolton – hit 20 goals for Newport two years ago as the club reached the play-offs before losing to Tranmere.

“They are a good footballing team but we know that without Jamille [Matt] they are a different side,” said King.

“We’re going to have to be prepared for that and all our focus is switched on to them now. I’m sure we’ll be well equipped when it comes to the first leg against them.”

With ground repairs due at Rodney Parade, manager Mike Flynn and his men will now face Forest Green at home in the first leg on Tuesday 18th May before County head to the New Lawn five days later.

Flynn insisted he was not concerned by which opponent his team would eventually face after County, Forest Green and Tranmere all finished on 73 points.

“I’m not going to say I’m happy or be disrespectful to other football clubs,” said Flynn.

“Whoever we play, that’s who we’ve got and we’ve got to beat what’s in front of us, but I had no preference.

“Morecambe have been unbelievable this season and Derek Adams has done a great job.

When the chest bump doesn’t go to plan…

“Tranmere can beat anybody with the squad they’ve got and Forest Green are the same. It is what it is so may the best team win.

“We never do it easy and there is always that little bit of drama, but I am just glad we are there. The players deserve all the accolades. They have been outstanding from day one and should be proud of themselves.

“It’s a massive achievement for us as a club and the players deserve the credit.”

Forest Green’s decision to sack manager Mark Cooper last month was vindicated as they finished the campaign with just one defeat in their last six matches after losing four matches on the bounce.

Their final day 3-0 win at Oldham secured them sixth place, above Tranmere on goal difference.