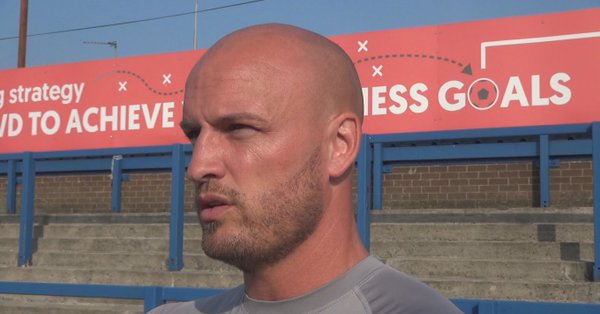 Could David Pipe.be tempted out of retirement by Newport County?

Newport County manager Michael Flynn is hunting down free agents – and he needs to move fast.

He needs a right-back before this Saturday’s SkyBet League Two trip to Mansfield Town because he has Dan Leadbitter and Ashley Baker out injured.

“We think Dan has a bad hamstring tear so he could be out for the rest of the season,” said Flynn.

“Ash tore the groin off the bone. I know that injury well because I had it. I had an operation to release the abductor.

“They could both be out for the season so we will have to look at free-agents.

“I’ve got one or two in my mind. Whether or not they’ll come is a different story.”

“We’ve gone from a clean bill of health to having eight out and it’s not easy,” said Flynn.

“When you lose two right-backs and two left-backs, you’re in trouble. It’s unbelievable.

“It’s nothing to do with the medical side. We’ve improved massively in that area.”

Among the players Flynn may consider going for are David Pipe, who retired at the end of last season, former Macclesfield Town defender Miles Welch-Hayes and Academy graduate Dom Jefferies, who is on loan at Salisbury.

County drew 0-0 against Walsall at Rodney Parade this week and Flynn’s opinion was: “We were by far the better team, but we didn’t take our chances.

“It’s a bit of everything – misfortune, choosing wrong options and not anticipating things.

“But I asked them for a reaction and I got that.”

Flynn made three changes to his starting line-up with Dale Gorman, Billy Waters and Otis Khan making their full debuts.